Dejan Lovren jokes around with team-mates on Liverpool photo shoot

Liverpool’s players were enjoying a little time out from Champions League build-up today as they were filming a photo shoot.

Stars like Mohamed Salah and Virgil van Dijk were on set, as was Dejan Lovren, who was less than impressed with their outfits.

‘Horrific,’ Lovren said on his Instagram story, as he showed off the suit and white trainers combo he was wearing. 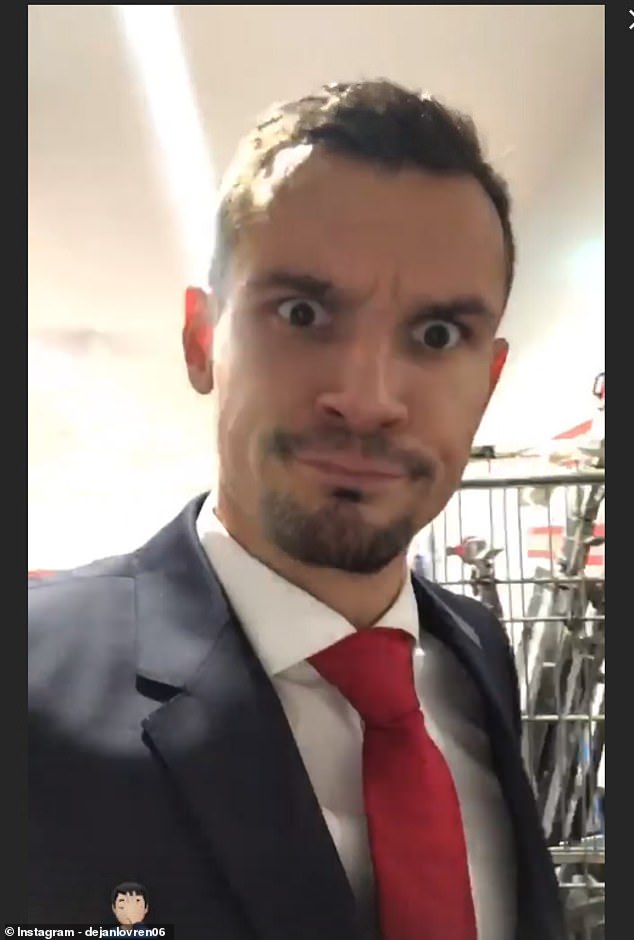 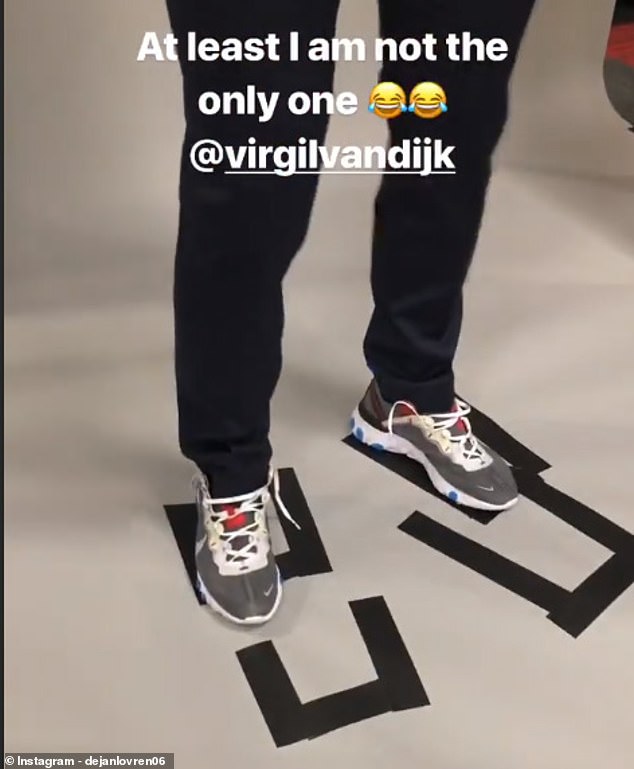 He was glad that he wasn’t the only one having to wear them though, making fun of van Dijk 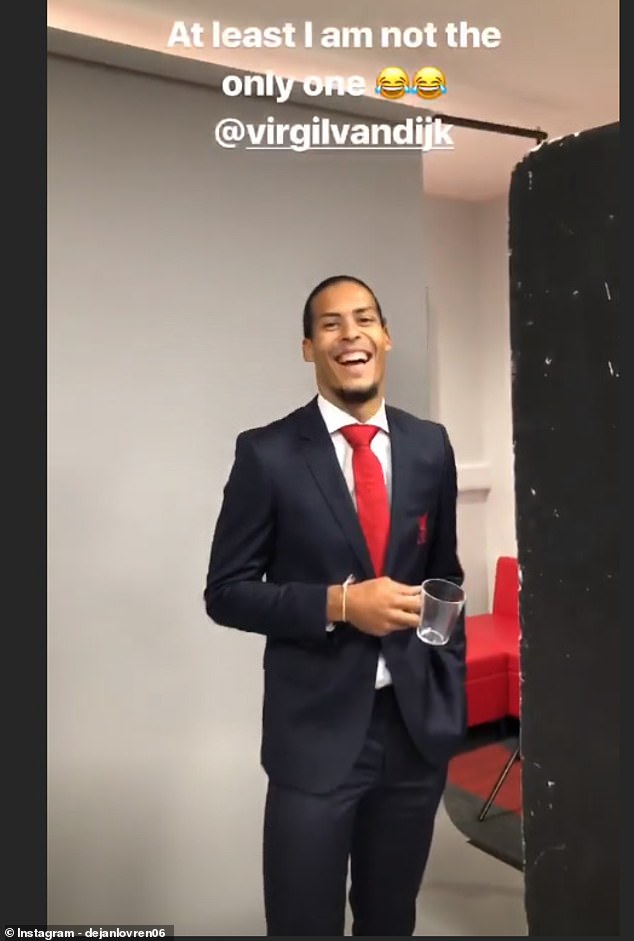 In his next snapshot from the event, Lovren focused in on Virgil van Dijk who was busy having his picture taken. The pair laughed as Lovren zoomed in on van Dijk’s similar trainers and suit combo.

Next up was a bit of ‘magic’ from the Liverpool defender. He took his small glass of coffee and proceeded to turn it upside down, the illusion coming complete with slurping sound effect. However, the prop coffee didn’t move at all, and Lovren ended the clip with a cheeky grin. 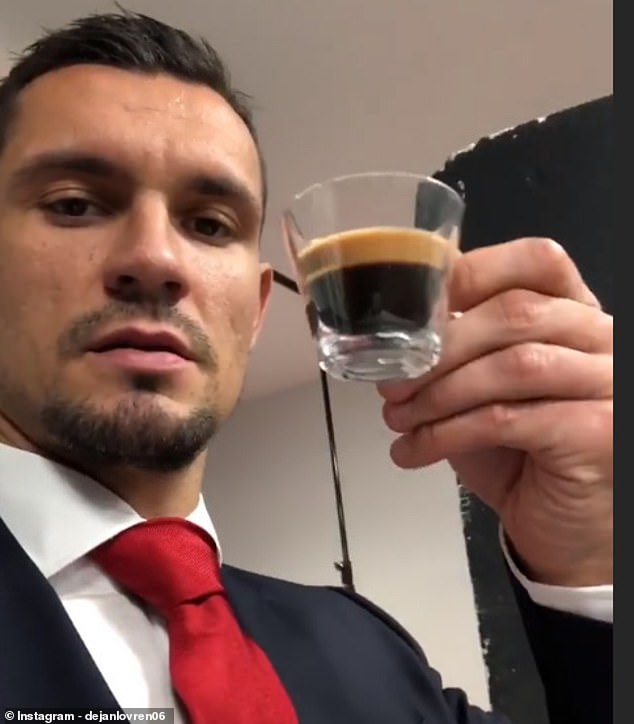 Dejan Lovren then treated his followers to a ‘magic trick,’ appearing to pour a cup of coffee 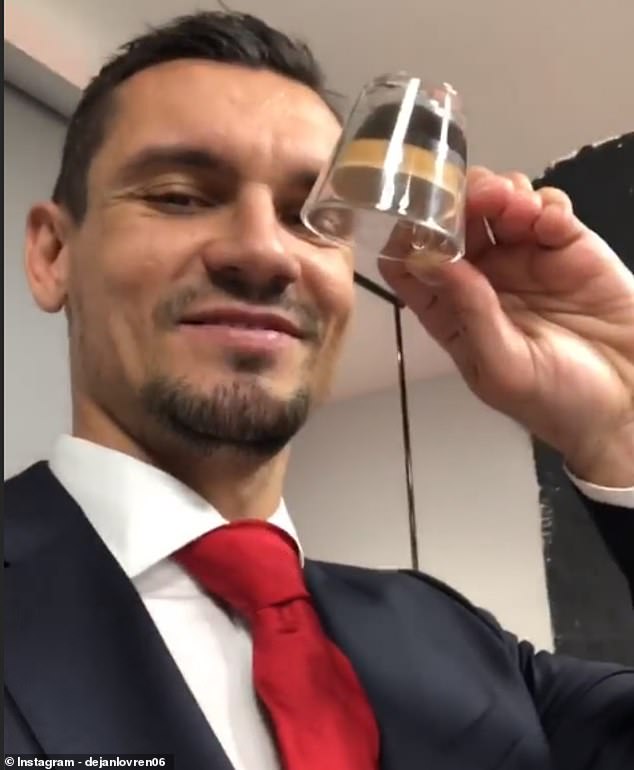 ‘One more please,’ joked Lovren from the background as Salah was taking part in a photo shoot.

Salah cracked slightly, telling his team-mate to ‘keep up the good ones,’ before the duo broke down laughing. 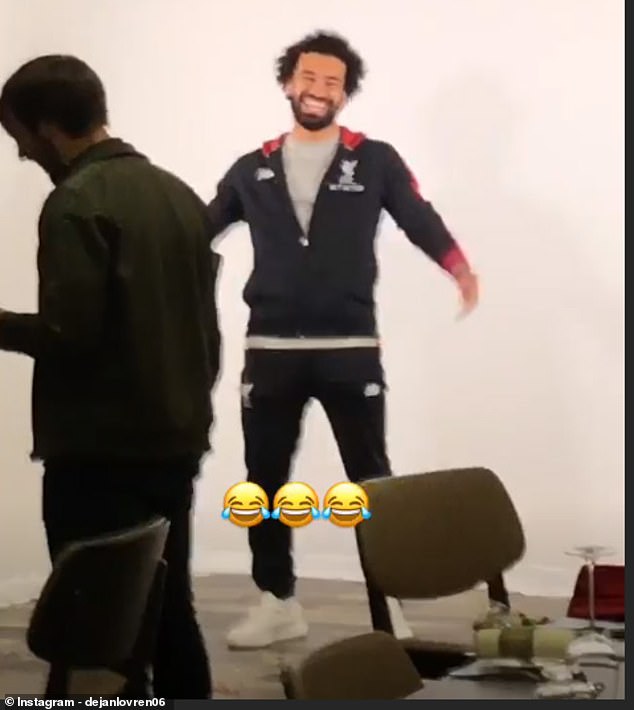 Mohamed Salah was also a target for Dejan Lovren’s mirth, and the Egyptian fired back too

Liverpool’s spirits are high as they head into their Champions League clash with Red Star Belgrade on Tuesday.

They’ve started the season with seven wins from nine games, and are second in the Premier League table, only behind Manchester City on goal difference.

They’re in a tough group alongside Napoli and Paris Saint-Germain. They managed to beat the French champions in a thriller back in September, but lost 1-0 to Napoli earlier this month.

They’re currently second in Group C behind Napoli, and will be looking to get a good win over Red Star Belgrade tomorrow to remain comfortable.