Croatia vs England – Euro U21 Championship: Live score and updates

LIVE: England v Croatia, Under 21 Euro 2021: Out with a whimper AGAIN or can the Young Lions scrape through? Aidy Boothroyd’s team MUST WIN to escape a group exit as manager faces the chop

The young Lions must beat Croatia this afternoon by two clear goals and hope Portugal beat Switzerland in the other group game.

Boothroyd’s side exited the competition at this stage last season, can they avoid another embarrassing exit today?

Follow Sportsmail’s SAM BLITZ for live European U21 Championship coverage of Croatia vs England, including scoreline, lineups and build-up.

4 mins: Good news for England. Portugal have opened the scoring early on against Switzlerland. Diogo Queiros has given the group leaders the lead.

It also means, as it stands, England need a two-goal victory to progress.

3 mins: Both sides sharing possession in the early exchanges. England are playing a back three with Dwight McNeil and Max Aarons as wing-backs. Attacking stuff from Aidy Boothroyd.

0 mins: We’re underway here. The Young Lions’ fate at this year’s Under-21s European Championships will be sealed in the next 90 minutes…

The teams are coming out onto the pitch. We’re seconds away from kick-off here in Slovenia.

The national anthems are imminent… 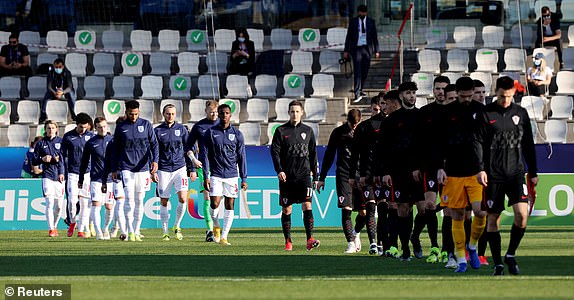 The England Under-21s have a recent history of struggling in major tournaments, which is surprising given the success of the Under-17s and Under-20s in recent years.

But why does this particular side seem to find it difficult when the competitive games come along? Sportsmail’s KATHRYN BATTE analysed the young Lions’ tournament form last week…

Aidy Boothroyd claimed the England Under-21s job is ‘impossible’ but did claim in his pre-match interview that the challenge of beating Croatia this afternoon is not insurmountable.

Will the England Under-21s boss be staying on if England fail to qualify this afternoon? 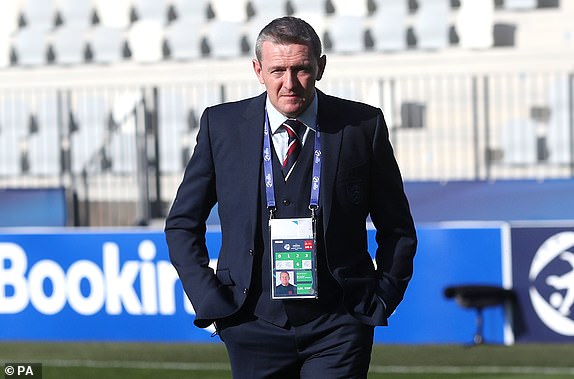 Without a win so far, without a goal so far, but not without hope of qualifying for the knockout stages.

England are warming up in Koper. The young Lions know that pulling progression out of the bag at a major tournament could boost their chances of making the senior squad one day. 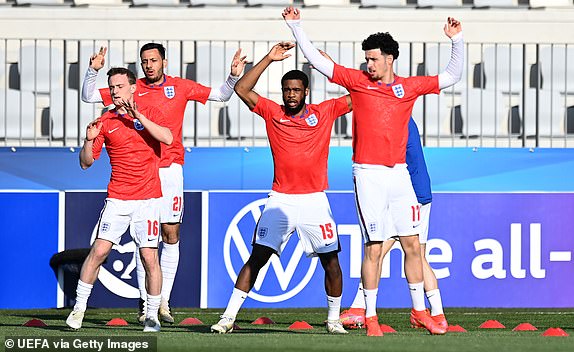 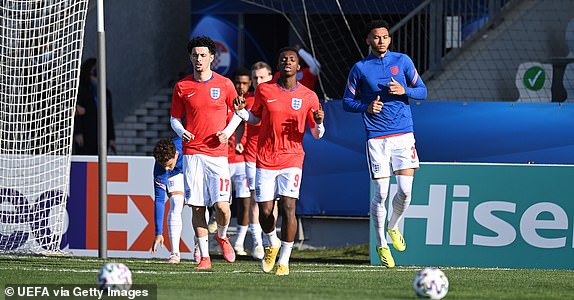 Well, Aidy Boothroyd is a man under pressure this afternoon. He led his England Under-21s side to a Euro 2019 group stage exit, now he’s one set of bad results away from another disappointment.

Boothroyd has been speaking about the role of Under-21s coach, with his contract expiring in the summer.

A lot is made about the England senior team manager’s role about being the ‘impossible job’, but Boothroyd has other ideas…

Croatia, meanwhile, have made one change from the side that lost 3-2 to Switzlerand last time out. Centre-back Martin Erlic is replaced by Mario Vuskovic.

Aidy Boothroyd has made seven changes from the side that lost 2-0 to Portugal last week – though most of these changes are enforced.

The likes of Callum Hudson-Odoi, Ben Godfrey Emile Smith Rowe have left the squad to return to their Premier League so it’s a depleted young Lions squad tonight.

Max Aarons, Lloyd Kelly, Connor Gallagher, Curtis Jones and Ebere Eze are some of the players to come in, along with Dwight McNeil and Ben Wilmot.

Before we get into the team news, here’s what England need to do to reach the knockout stages tonight:

– The Three Lions need to win by two clear goals against Croatia tonight. England’s opponents are three points ahead of them in the group after they beat Switzerland 3-2 last week.

– England also need Portugal to beat Switzerland in the corresponding group game that kicks off at the same time. The Portuguese youth side have won both of their games already this time, while Switzerland edged past England 1-0 in the opening group game.

It’s fair to say it hasn’t been the best tournament so far for England in this Under-21s European Championship.

Aidy Boothroyd’s men have lost both of their opening matches so far, failing to find the net in the process. Just what is it about the young Lions in a major youth international tournament?

But hope is not yet lost for England, who can still progress to the knockout stages of the tournament which will be played in June – but that route has a tricky path.

Kick-off is at 5pm (BST) and we’ll be bringing you live coverage from all the action in England’s group this afternoon. Drama awaits… 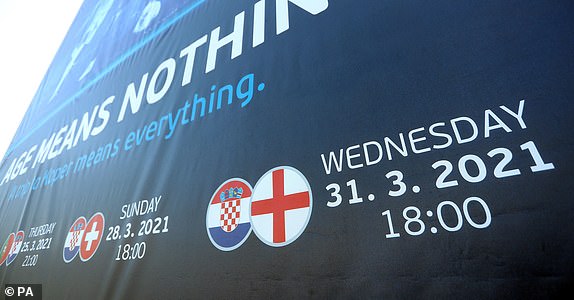