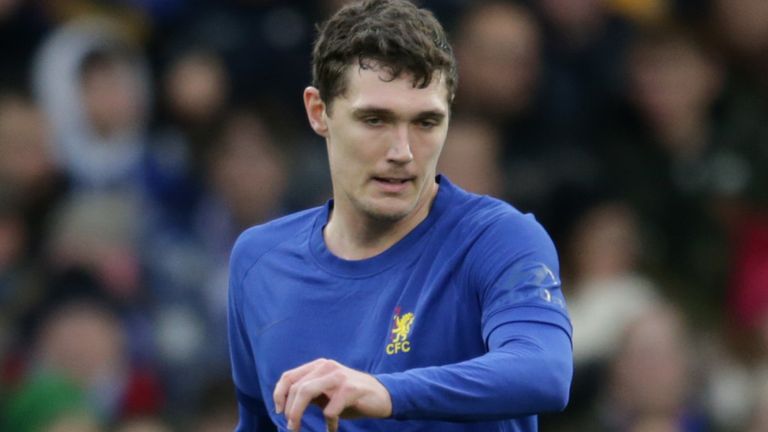 Team news and stats ahead of Chelsea vs Brighton in the Premier League on Tuesday (kick-off 8pm).

Chelsea hope to have Andreas Christensen fit, with the Denmark defender having recovered from a muscle problem to be available.

Brighton striker Aaron Connolly could return to their squad following a foot injury.

The Republic of Ireland international has not featured since the 1-0 defeat to West Brom on February 27 but has trained freely during the past week.

Chelsea vs Brighton will be shown live on Sky Sports Premier League from 7.30pm; kick-off 8pm. Sky Sports customers can watch in-game clips in the live match blog on the Sky Sports website and app. Highlights will also be published on the Sky Sports digital platforms and the Sky Sports Football YouTube channel shortly after the final whistle.

In a special podcast, Jasper Taylor sums up a seismic 24 hours in football after Arsenal, Chelsea, Liverpool, Manchester City, Manchester United, and Tottenham agreed to join a breakaway European Super League, along with six other teams.

The reaction has been swift, damning, passionate and emotional to say the least. Hear from Gary Neville, Kaveh Solhekol, Bryan Swanson and more…