Blues cruise! Chelsea coast into Women’s Champions League semi-finals with 3-0 win over Wolfsburg as Pernille Harder, Sam Kerr and Fran Kerby all net… and Bayern Munich are up next

Chelsea booked their place in the  Women’s Champions League semi-final as Pernille Harder came back to haunt old club Wolfsburg once again.

The Blues edged a narrow first leg encounter 2-1 last week but proved too much for their opponents in the second game held at the Szusza Ferenc Stadium in Budapest.

Harder and Sam Kerr were on target in the first leg and both forwards were involved again as they scored twice in four minutes to take control of the tie before half-time. 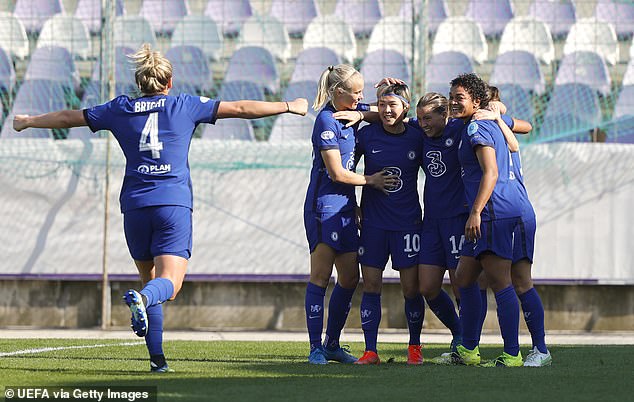 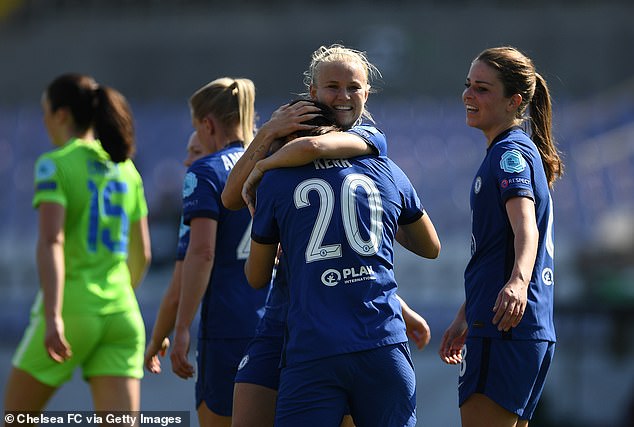 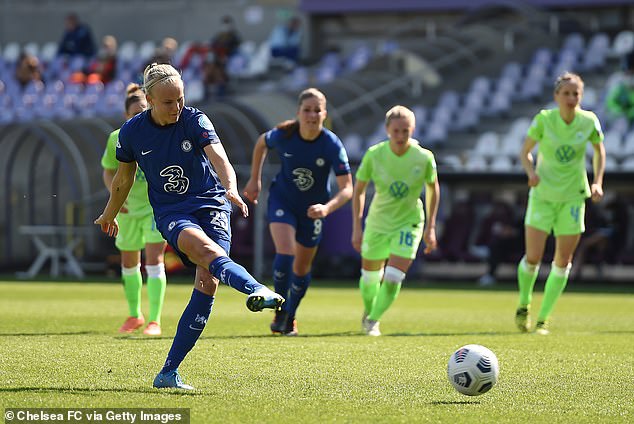 Kerr won a penalty in the 27th minute when she was bundled to the ground by Sara Doorsoun-Khajeh. Harder stepped up to send Katarzyna Kiedrzynek the wrong way, placing the ball into the bottom left corner.

Ewa Pajor had missed a great chance to level instantly as she stretched to meet a cross at the backpost, but she could only put her finish wide.

She was made to pay for that miss as Kerr made it 2-0. The Australian met Sophie Ingle’s cross in the box and took two touches before turning and firing into the bottom right corner. 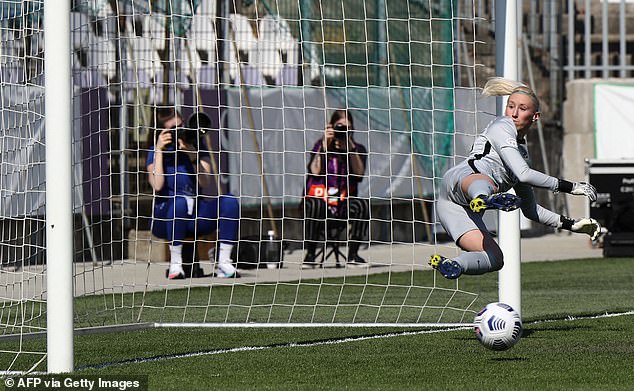 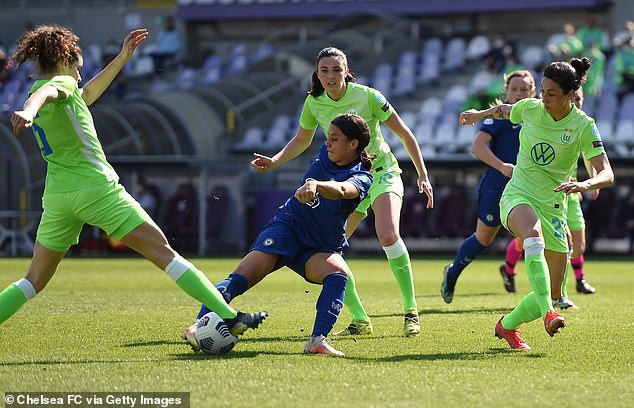 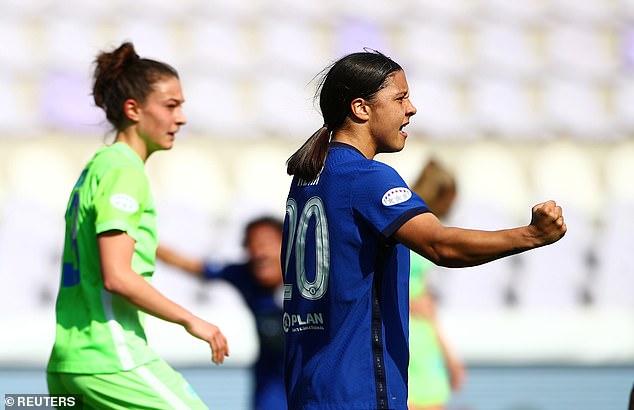 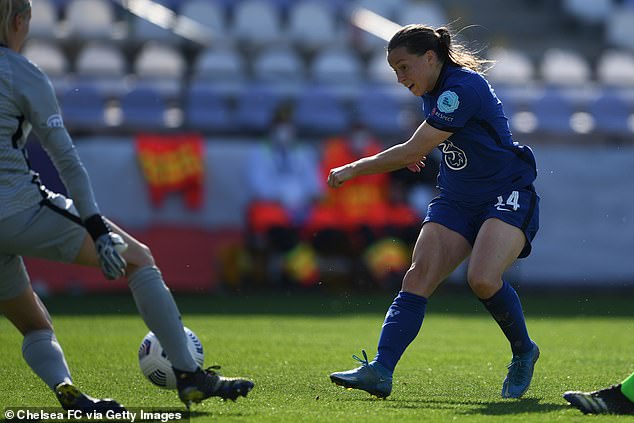 Kerr’s goal meant Wolfsburg needed to score four but they failed to create anything of note in the second half and looked vulnerable to counter-attacks.

That vulnerability resulted in Chelsea scoring their third. Harder found Ji So-yun on the right and she slipped in Fran Kirby lifed the ball the ball over Kiedrzynek.

The Blues are set to face Bayern Munich in the semi-final with the German side taking a 3-0 lead into their second leg match on Thursday.

Their progression means Emma Hayes’ side are still on course for a historic quadruple bid.

Chelsea won the Continental Cup earlier this month and are two points clear at the top of the WSL with the club still to begin their FA Cup campaign for this season.