All Or Nothing: Arsenal teased in Amazon Prime Video trailer

Arsenal could be on the wrong end of two transfer hijacks in the space of a week if Manchester United thwarted their efforts to sign Ajax centre-back Lisandro Martinez. But Mikel Arteta may actually profit in the long-term by missing out on Leeds United winger Raphinha, who looks set for a switch to Chelsea.

Leeds had rejected Leeds’ initial offer for Raphinha before Chelsea swooped in early this week, verbally agreeing to pay a fee north of £55million. The Brazilian winger is holding talks over personal terms and is now widely expected to land at Stamford Bridge this summer.

Arsenal are on the verge of announcing Manchester City forward Gabriel Jesus as their latest signing after he completed a medical on Tuesday. But Arteta is still keen to recruit a new winger alongside his continued battle with United over Martinez.

You could question whether Raphinha was the right target for Arsenal, given he plays exclusively on the right, where Bukayo Saka starred for most of last season. But now, rather than pushing the 20-year-old star elsewhere, Arteta has the chance to target a more versatile attacker. 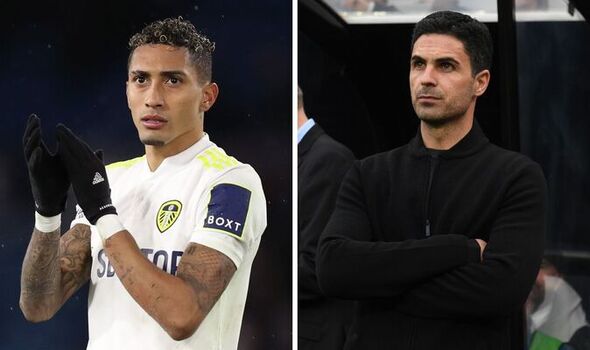 Jesus and Eddie Nketiah will be the Spaniard’s only first-team strikers after Alexandre Lacazette leaves the club on a free transfer on July 1. So he could either eye a player comfortable playing on either wing to leave Saka’s role unharmed or potentially target a winger who also boasts experience playing centrally.

Rafael Leao would likely sit at the top of many Arsenal supporters’ wishlists in that sense after a sensational season at AC Milan. The 22-year-old can thrive on the left and as a striker, registering 11 goals and eight assists in the Serie A last term. 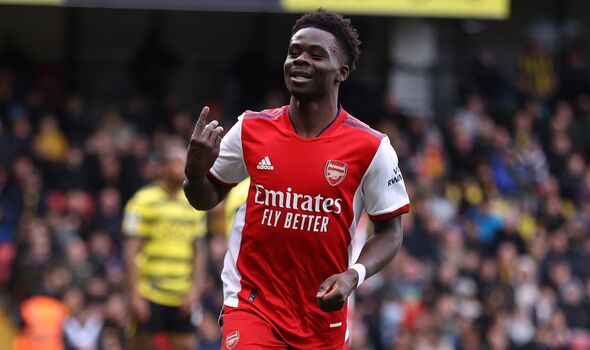 Other options include Villareal’s Arnaut Danjuma and Real Madrid’s Marco Asensio, but whether Arteta will pursue an alternative to Raphinha remains to be seen. The Gunners are stacked with attacking talent ahead of the new campaign, boosted by the arrival of FC Porto playmaker Fabio Viera.

Saka, Viera, Martin Odegaard, Emile Smith Rowe, Gabriel Martinelli and Nicolas Pepe could all be battling for places across the three positions behind the striker. So perhaps it’s understandable why the Gunners seem unwilling to rival Chelsea’s lofty offer for Raphinha and could be content with entering the new season with the players at Arteta’s disposal.