Southampton striker Che Adams joked he has been left ‘with a bit of a cauliflower ear’ 24 hours on from being kicked in the head by West Ham’s Craig Dawson.

Adams was in the wrong place at the wrong time when Dawson tried to connect with a loose ball following a West Ham set-piece and his boot hammered into the side of his opponent’s head.

Southampton’s players were incensed given the impact Adams had sustained but he was able to get up and carry on. Following a barrage of messages from concerned fans he has revealed he is ‘feeling good’. 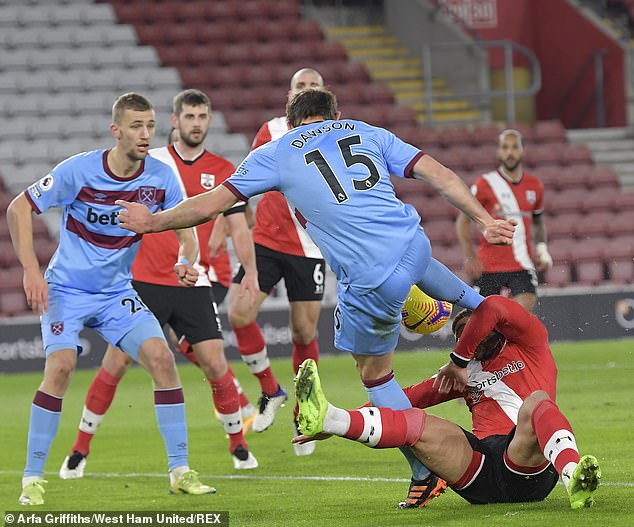 Adams was tasked with keeping Dawson in check and having made a good contest on the initial header he went to ground and Dawson struck him trying to strike the ball.

Taking to Twitter, Adams wrote: ‘Thank you everyone for the messages. Feeling good! Bit of a cauliflower ear.’

The inclusion of a laughing emoji highlighted that Adams has managed to see the funny side of what was an accident by Dawson who made a valid attempt to reach the ball. 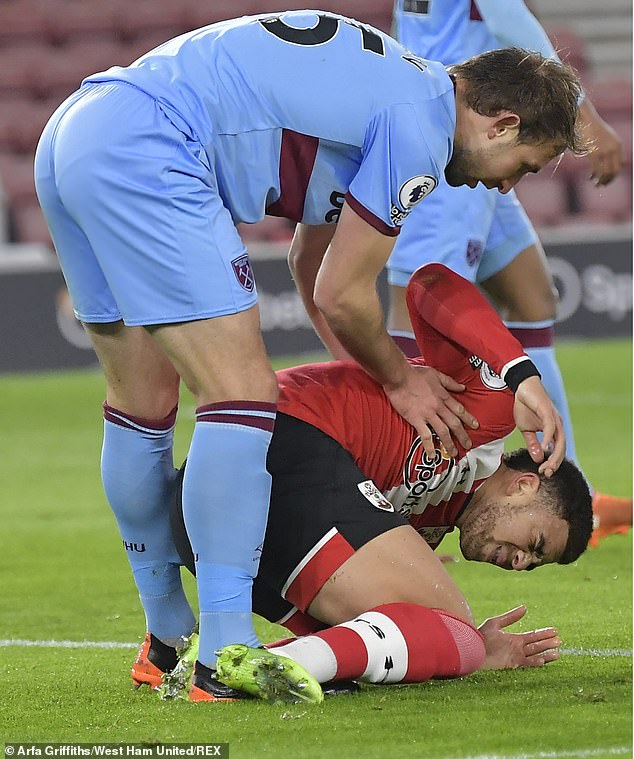 Dawson was making his first start for West Ham and he was determined to make a strong impression – something that would have been helped by netting the winning goal.

The game eventually finished 0-0 and so scrutiny on the Adams incident took centre stage with a lack of goals to analyse in the aftermath at St Mary’s.

Dawson’s commitment to reaching the ball was criticised by some supporters who felt his recklessness was more suited to Mixed Martial Arts (MMA) than the football pitch.

He escaped a booking but the main take was that Adams was able to carry on and has not reported any symptoms of concussion 24 hours on having taken such a heavy blow to the head. 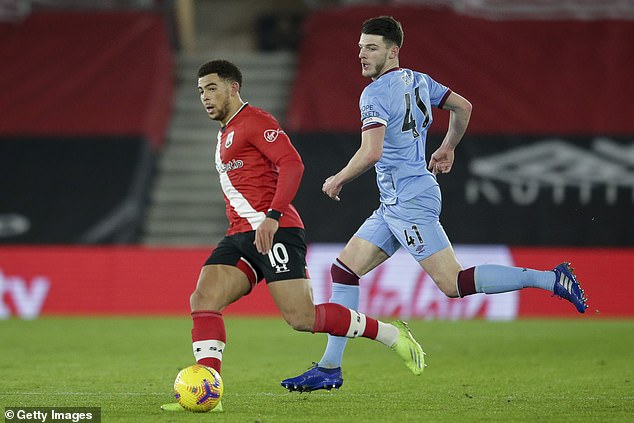