Championship round-up: Billy Sharp bags hat-trick against Wigan to fire Sheffield United back to the top of the table while Reading’s defeat at Swansea increases scrutiny on Paul Clement

Sheffield United returned to the top of the Sky Bet Championship after beating Wigan 4-2 at Bramall Lane.

Billy Sharp was the hero with a hat-trick as they snatched the lead back from Middlesbrough, who picked up a point in the early kick-off, to go top – albeit with Leeds still to play in the day’s late game.

The Blades had gone ahead through a Cheyenne Dunkley own goal midway through the first half, but Wigan pulled level five minutes before the break minutes later through Kal Naismith – moments after coming off the bench. 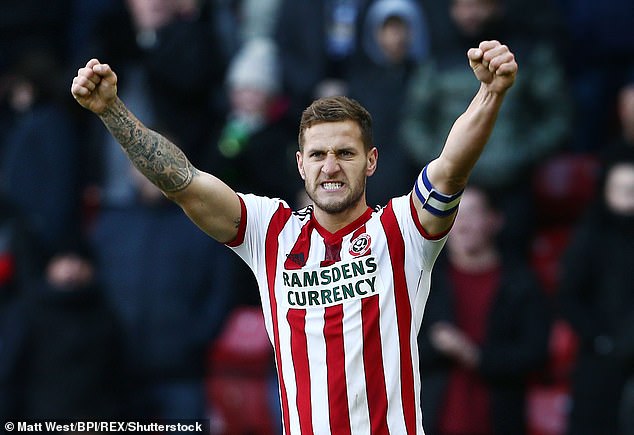 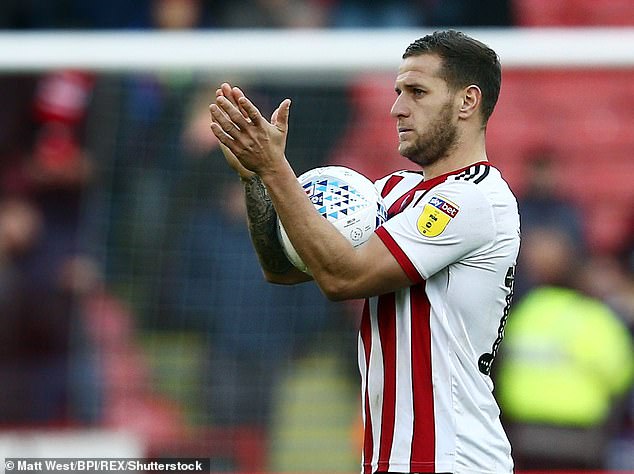 Sharp, holding the match ball after his hat-trick applauds supporters at Bramall Lane

Sharp nicked one before half-time and added two more in the 53rd and 63rd minutes to make it a convincing win, before Joe Garner (69) grabbed a consolation.

Norwich picked up three points against Brentford, whose struggles go on with a 1-0 defeat on the road.

The Bees started the season in fine fettle but are now without a win in eight league games after Emi Buendia scored the only goal of the game in the 34th minute – and it would have been worse but for a missed penalty from Jordan Rhodes.

Harrison Reed’s 71st-minute equaliser denied West Brom a win and the chance to close the gap on the top of the table, as they were frustrated in a 1-1 draw after Craig Dawson’s header had given them a 40th-minute lead. 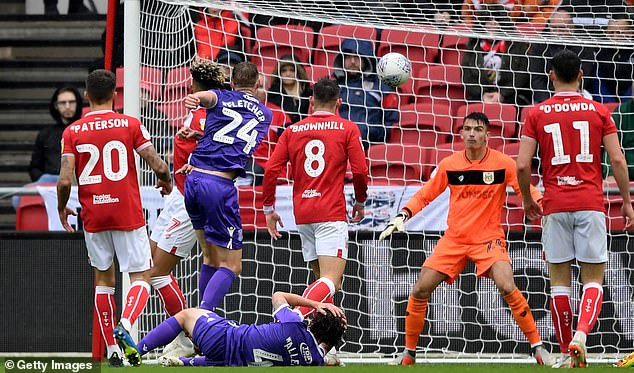 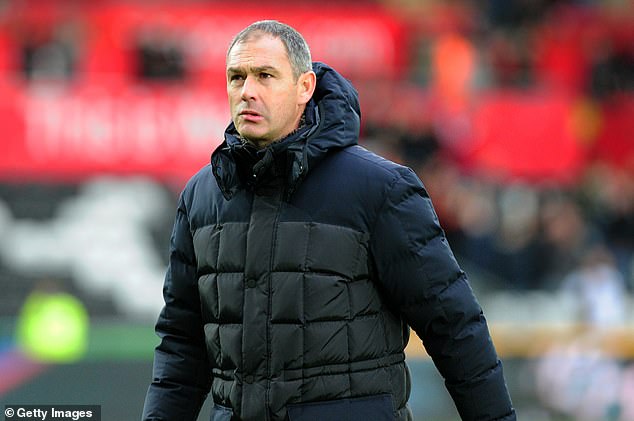 Tom Barkhuizen (40) and Michael Smith (55) were on target as Preston and Rotherham shared the points at Deepdale, while Darren Fletcher’s 33rd-minute effort gave Stoke a 1-0 victory at Bristol City.

Frazier Campbell won an important three points for Hull in their bid to escape the bottom three, scoring in the seventh minute to seal a 1-0 win at Bolton.

Lukas Jutkiewicz maintained his fine run of form, notching his eighth of the season in a 3-1 win for Birmingham against Sheffield Wednesday.

Paul Clement’s job came under increased scrutiny at Reading after his side suffered a miserable 2-0 defeat at former club Swansea, with Oli McBurnie scoring either side of half-time – the first of which was a penalty.