After another busy weekend of Championship action, Sportsmail’s ADAM SHERGOLD reflects on the thrills and spills…

It’s one of football’s great circus acts when an outfield player has to deputise in goal following a sending off.

Preston feared the worst when their keeper Chris Maxwell was shown a second yellow card with 15 minutes left at Ipswich with the scores locked at 1-1. 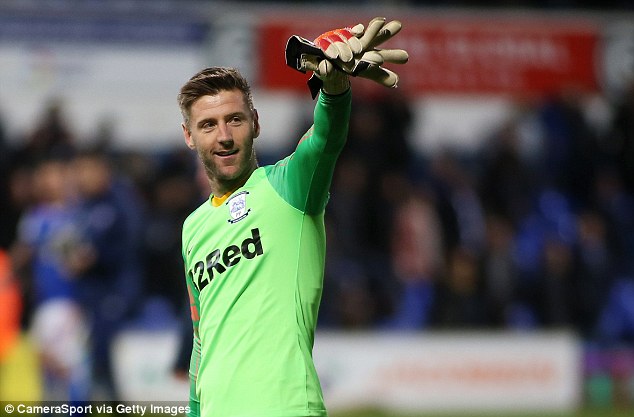 Despite some late Ipswich pressure and eight minutes of stoppage time, Gallagher held firm so North End gained a point.

‘I was loving it to be honest, I really enjoyed myself,’ said Gallagher. ‘I said to the goalkeeper coach at the end, ‘see you on Monday, what time are we starting?”

In footage shared on Twitter, a group of fans had gathered outside the exit to demand the sacking of manager Jos Luhukay when Chansiri shouted out: ‘You’re not happy? I’m not happy’ while being held back by club officials. The supporters replied: ‘Sack him then!’

Wednesday have lost their last four games and are just four points above the relegation zone. Next up? The Steel City derby with Sheffield United at Bramall Lane on Friday night.

#swfc after the game Chansiri standing up to the fans @BBCSport @SheffieldStar @SkySports @swfc pic.twitter.com/HjtYLwPzcO

With Reading loitering in the Championship relegation zone, manager Paul Clement has been facing the sack for some time – but Saturday’s 3-2 win over Bristol City seems to have staved that prospect off for a little while. A smiling Clement said: ‘I think I can remain another week, which is nice!’

Goals from Yakou Meite, Liam Kelly and Leandro Bacuna earned only their fourth league win of the season and lifted them level on points with Preston.

‘We are still in the bottom three but we’ve made it tighter and we’re not getting stranded.’ 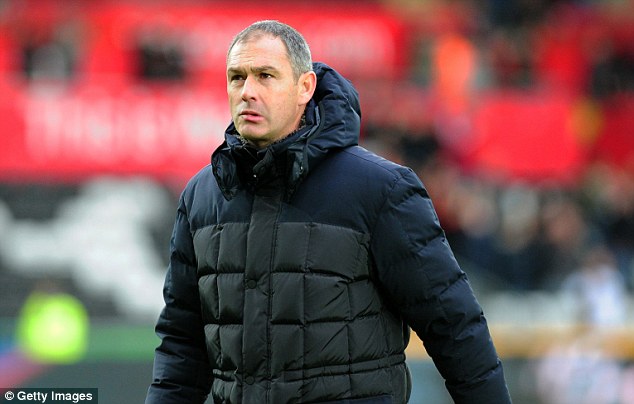 Queens Park Rangers saw their recent surge in form come to an abrupt halt at Blackburn, where a Bradley Dack penalty just three minutes from time settled a contest that looked destined to be goalless throughout.

Steve McClaren was annoyed at referee Peter Bankes for pointing to the spot when Ben Brereton went down under challenge from Jake Bidwell.

‘I’ve seen the penalty again. It’s not a penalty,’ he fumed. ‘A lot of decisions for both teams were sometimes a little bit mind-boggling.’

Dack’s penalty was the first time Rangers keeper Joe Lumley had been beaten in 422 minutes but the London club remain just one win off the play-off places. 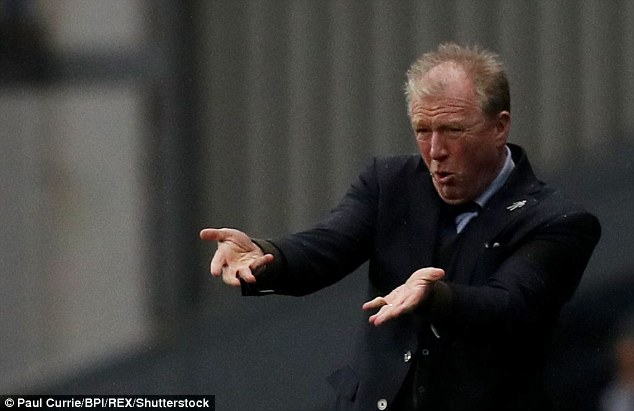 Referee Tony Harrington awarded the first when keeper Kristoffer Nordfeldt brought down Jamie Proctor 11 minutes from time and a second after ruling Leroy Fer handled a Will Vaulks shot that was sailing well off target. Ryan Manning converted both to lift the Millers away from the drop zone.

‘For the first penalty, their player was offside and there wasn’t much in it,’ said Potter. ‘For the second, Leroy reacted to protect his face.’ 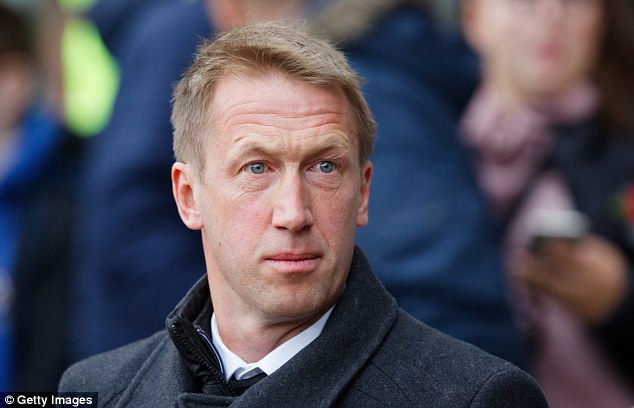 Stat of the week

Birmingham City forward Lukas Jutkiewicz has scored eight goals in his last seven league appearances after his goal at Derby. That’s as many as in his previous 60 games.

Goal of the weekend – Liam Kelly (For Reading vs Bristol City)

A moment of magic in what was a desperately needed win for Reading. Kelly demanded the ball from Tyler Blackett, took a touch to set it on his right foot and curled the ball into the top corner from 20 yards.