Celtic wonderkid Karamoko Dembele scored on his reserves debut at the age of 15 as they beat Partick Thistle 6-0.

Dembele, who hit the headlines after playing for the Hoops Under 20s side two years ago at the tender age of 13, scored the third goal in the City of Glasgow Cup match on Tuesday.

The 15-year-old wasted no time in making an impact on his first appearance for the reserves as he found the net inside the opening 13 minutes. 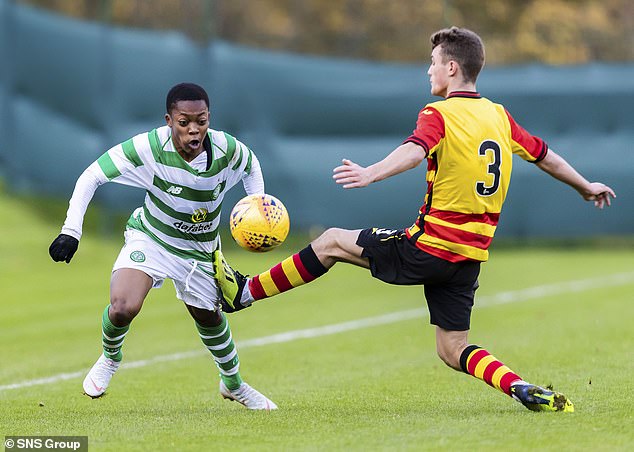 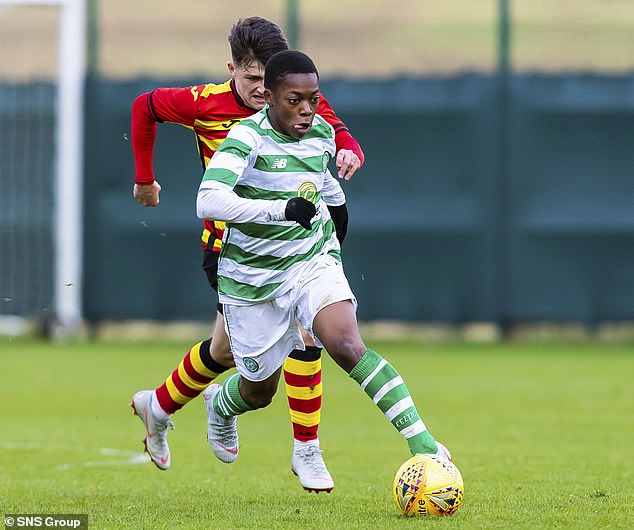 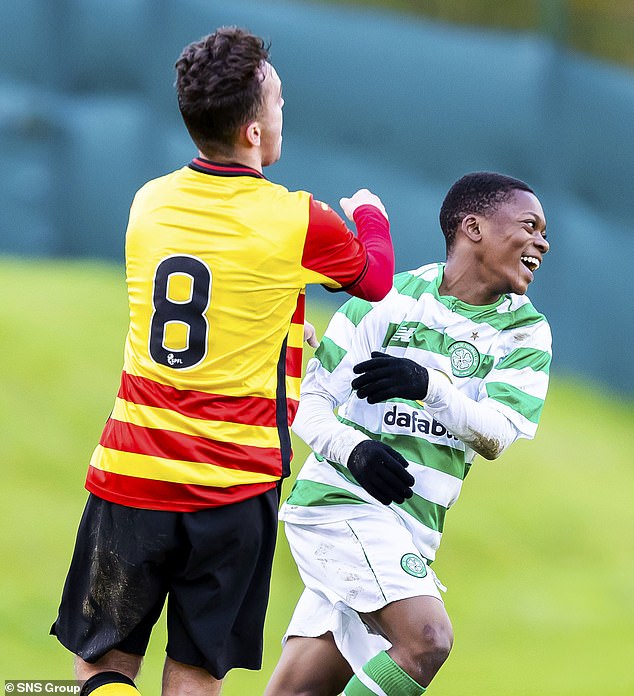 The 15-year-old wasted no time in making an impact, scoring inside the opening 13 minutes

Lewis Bell, Daniel Driver, Kerr McInroy, who bagged two goals, and Paul Kennedy were also on the scoresheet as Celtic progressed to the next round with a comfortable victory.

Dembele will become eligible to play for Brendan Rodgers’ side in February as the starlet reaches the age of 16. 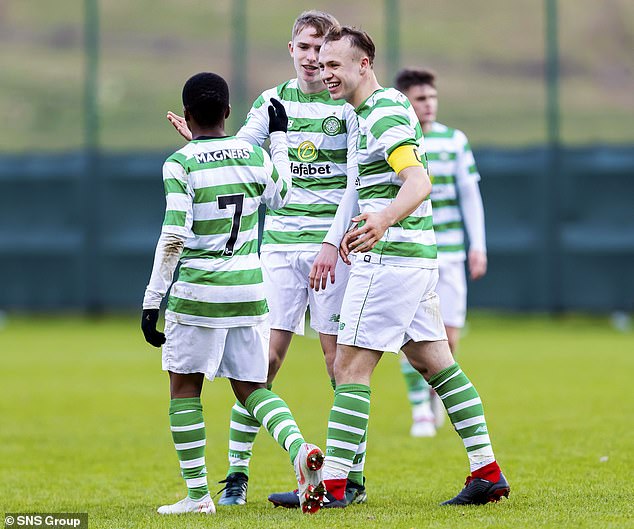 Claiming he wouldn’t field Parkhead protege Dembele until he’s ready, Rodgers said: ‘It was unfortunate the boy suffered an injury the other night. The pair of them jumped for a challenge in the air and the boy falls awkwardly and unfortunately damaged his shoulder.

‘You could argue or ask the question, does a 16-year-old need to be in a game against a Champions League team at home?

‘I think he can play in it, but it’s a question that may be asked. Can he handle it?’ 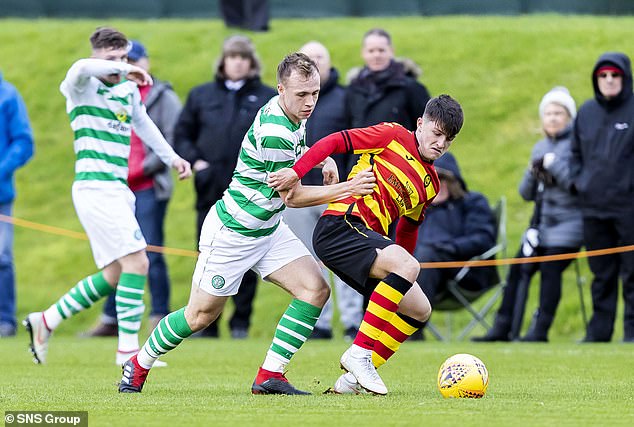 Asked if the duty of care for a young player falls with his manager, Rodgers added: ‘Absolutely. From a talent perspective I could probably put Karamoko Dembele in to the first team right now. But he’s coming up to 15.

‘I have to think about where he is at in terms of his maturation level. Not just his talent level.’

There is a battle between Scotland and England over the teenager as he is able to play for both.

Dembele has so far made three appearances for England U15s and played seven times for Scotland U16s, in which he has notched one goal.