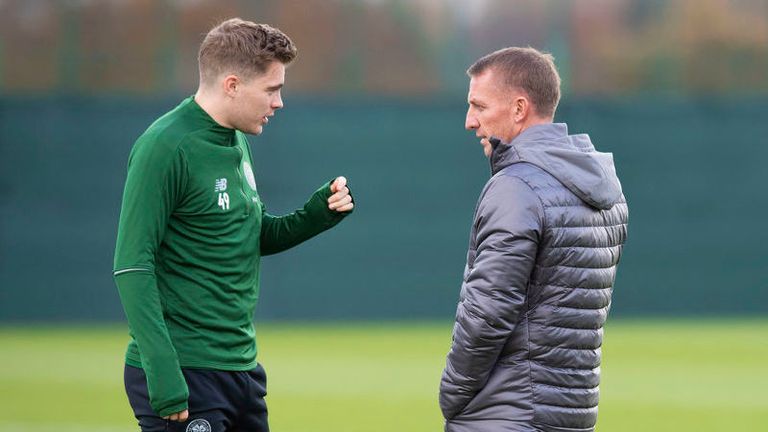 Celtic’s Brendan Rodgers and James Forrest have been named the Scottish Premiership manager and player of the month for October, respectively.

The champions won all three of their league matches last month, scoring 18 goals in total with Forrest getting five of those.

That included four in one game against St Johnstone on October 7, as Celtic put six past Tommy Wright’s side.

Wednesday’s 5-0 win over Dundee also closed the gap on league leaders Hearts to just four points, with Celtic having a game in hand.

The top two meet at Celtic Park on Saturday, before Rodgers takes his side to face Livingston on November 11, live on Sky Sports.

Celtic also progressed to the League Cup final last month with a 3-0 victory over Hearts, to keep alive their hopes of a third treble-winning season in a row.