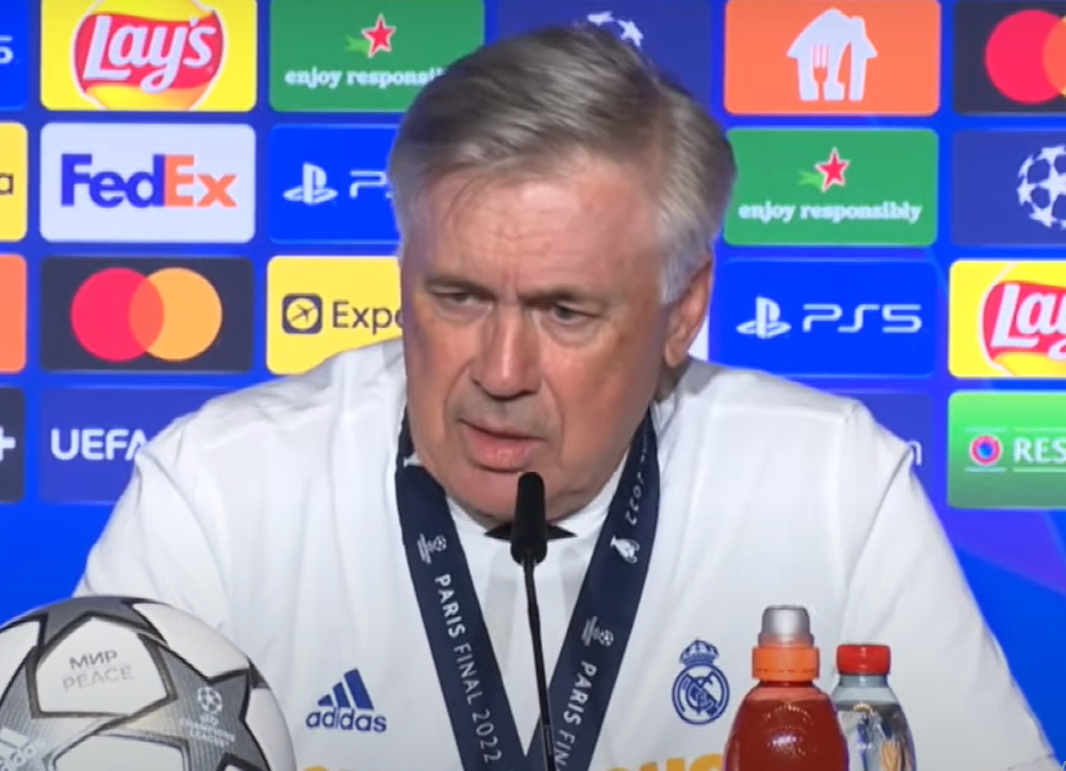 Carlo Ancelotti claims Liverpool were the easiest team to prepare a gameplan for during the knockout stages of this season’s Champions League.

The Real Madrid manager etched his name further into the folklore of Europe’s premier club competition after masterminding the Spanish side’s improbable success that culminated in last night’s 1-0 win in Paris.

Despite owing their victory to man of the match, Thibaut Courtois, who pulled off a string of outstanding saves, Real ultimately deserved their victory and saved their most accomplished performance of the competition for the final.

Real’s run to Stade de France had previously been characterised by a series of miraculous acts of escapology against the likes of Paris Saint-Germain, Chelsea and Manchester City.

Ancelotti, however, claimed Liverpool’s defined style, based around a 4-3-3 formation, their high defensive line and relentless pressing game made them straightforward opponents to counter.

‘Looking back, people said oh PSG were unlucky, Chelsea were unlucky, Manchester City were unlucky, this was practically the only game where people thought we were more or less on the same level,’ smiled Ancelotti in his post match press conference.

‘I don’t think they can be considered that and that would be disrespectful to a team like Madrid who have done what they’ve done to the other best teams in Europe.

‘They beat all our top three teams in our league they got rid of them and got their hands on the trophy.’