Bury have been handed a lifeline as they battle to preserve their Football League status with the EFL hinting they could be given extra time if a deal is close.

The League One club have been given until 5pm on Tuesday to secure their future, with current owner Steve Dale in talks with data analytics company C&N Sporting Risk over a potential takeover.

However, EFL executive chair Debbie Jevans has suggested that deadline could be extended if only “one per cent” of the deal remains to be completed, while at the same time reiterating her warning that the governing body will not allow any more games to be postponed.

Jevans told BBC Radio 5 Live’s Sportsweek show: “If we get to 5pm on Tuesday in the board meeting and there is one per cent, it would depend what that one per cent is. 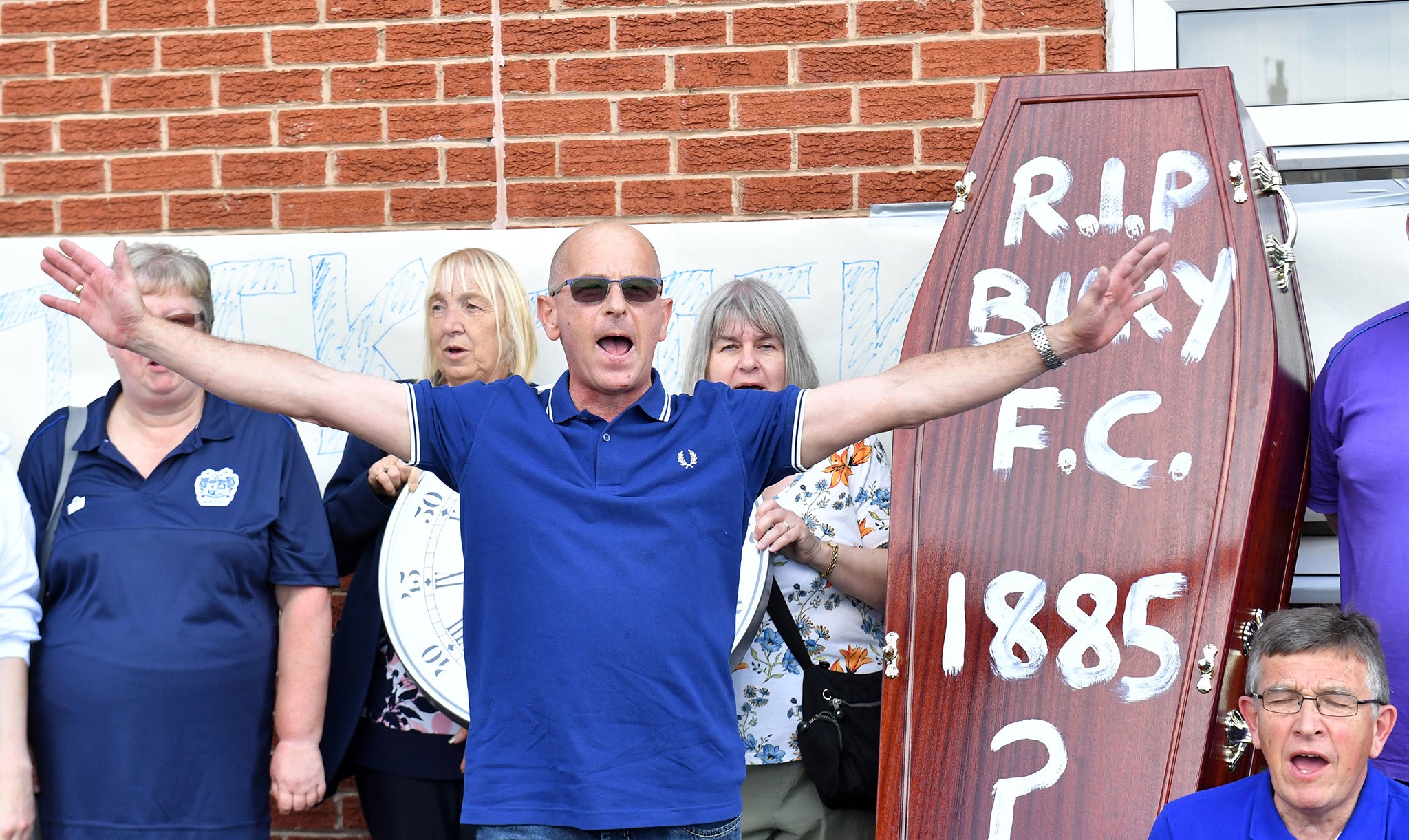 “There is enough time to do that, so I would just urge all parties to get around the table, which I know they are doing – as I said, we have been working already this morning on this – and that we’re in a place where Bury Football Club can survive.”

Jevans revealed that a dialogue between the relevant parties was ongoing on Sunday morning, with hopes high that an agreement can be reached after C&N demonstrated the necessary financial strength to pay creditors and cover the cost of running the club for the season.

She said: “First of all, they have been in doing their own due diligence over the past couple of months. Equally, they demonstrated to us enough source of funding and they demonstrated to us that they had looked a lot into the club to allow the board to see that there was enough credible information before it to allow this extension until Tuesday.

“If it’s demonstrated that the unsecured creditors from the CVA will be paid, the football creditors – let’s not forget that includes players, staff, other football clubs – can be paid, there is enough money to run over the season. But most importantly, they have to have an agreement with Mr Dale.”

Bury are yet to play a game this season having already been docked 12 points after being placed into administration by Dale, who bought the club for £1 in December.

C&N have been in talks with the current owner for several months, but their interest only became public last week as Friday night’s initial deadline approached.

Meanwhile, Jevans issued an update on the situation at managerless Bolton, who have also been handed a 12-point penalty and could face the renewed threat of expulsion from the Football League if a sale does not go through by Tuesday afternoon.

Asked if that was a possibility, she added: “What I am saying is the board will absolutely consider the situation, what it is when it is placed before it, and if the deal isn’t done, the board will consider lifting the suspension of the withdrawal of their membership.

“Then in 14 days if nothing happened, yes, potentially Bolton would have its membership withdrawn.”