Bruno Fernandes’s agent Miguel Pinho is reportedly pressuring Sporting Lisbon into selling the midfielder to Manchester United. The two clubs are locked in talks with negotiations over a fee ongoing due to a reported difference in valuations for Fernandes.

However United are currently unwilling to spend that much originally though talks continue.

But Fernandes’s agent Pinho is reportedly pressuring a deal to go through with the midfielder keen to make the move.

Portuguese outlet O Jogo claim that Pinho is using Fernandes’s loyalty to Sporting to pressure president Fredercio Varandas into allowing the 25-year-old to make the switch. 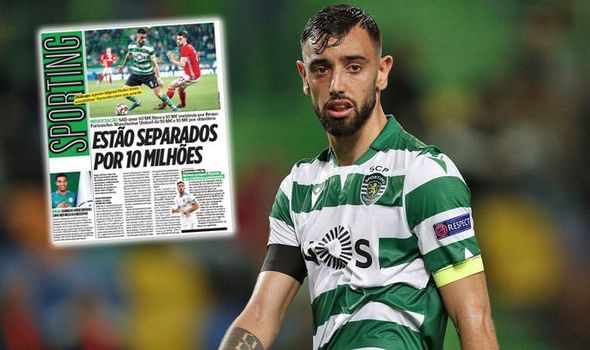 Fernandes joined Sporting in 2017 having previously featured for Italian clubs Udinese and Sampdoria.

The midfielder has shone in Lisbon with United having been interested in him since last summer.

But transfer expert Duncan Castles explained Sporting’s fear over the fee given their current financial worries.

Speaking on Friday, Castles said: “Problems started last night when Sporting let it be known that the offer Manchester United had made to them for the player in cash was well below their expectations.

“So they’ve offered €50m guaranteed and €30m in bonuses. But those bonuses are dependent on winning the Premier League, winning the Champions League and Bruno, I think, finishing in the top three in the Ballon d’Or.

“I think Sporting had the position that, the way Manchester United are playing at the moment, that amounts to an offer of €50m, which is less than they were offered by Tottenham in the summer.

“Tottenham offered them €45m guaranteed with bonuses and about €10m of those bonuses were achievable.

“Sporting say they want a minimum of €65m guaranteed and the bonuses achievable.” 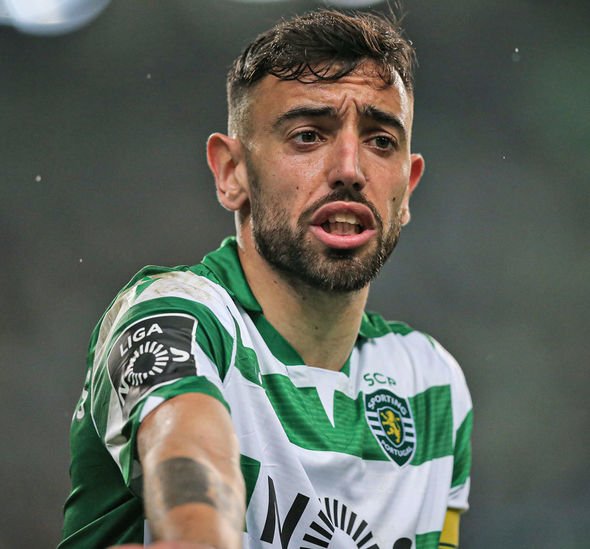 United boss Solskjaer was tight-lipped when asked about the Fernandes transfer ahead of the weekend.

“I’ve got no transfer updates, so no,” the Norwegian said.

“If we get something that we can tell you about we will, but I’ve got no news now.

“I can’t tell you about any players that play for other teams, no. We’re focusing on this team at the moment.”