Brighton aren't counting their chickens yet after Blades defeat

If Brighton stay up, they will have obliterated the notion that a successful relegation fight is dependent upon positive results against one’s direct rivals. An early strike from

David McGoldrick delivered not only a first victory for Championship-bound Sheffield United under interim boss Paul Heckingbottom but left Brighton winless in the eight fixtures involving the four clubs below them in the table at kick-off on Saturday.

For Graham Potter this was a second painful stumble in days, after he scarred his face falling on to some seaside railings, and he insists that a seven-point buffer to the drop zone with five matches left is not sufficient. 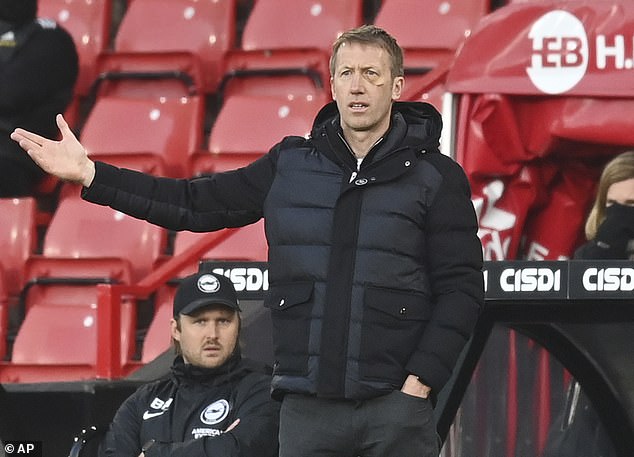 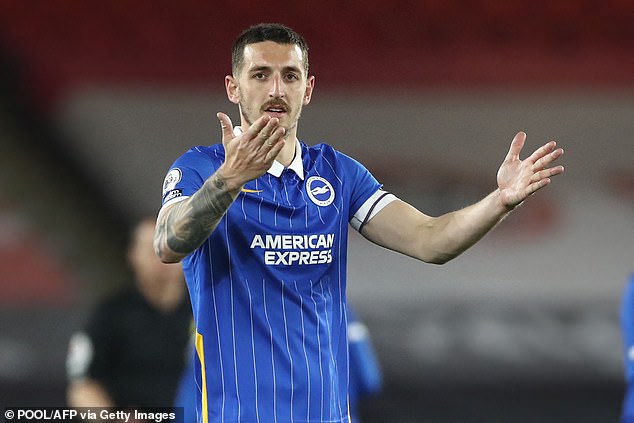 ‘It doesn’t feel comfortable to me. We need more points, it is as simple as that,’ Potter said.

‘We are doing some things right because we collected the points we have somewhere.

‘But look at recent results. West Brom beat Chelsea — in this league there is so much quality and if you are not on it, teams can hurt you, score and take the points. You have to respect that. 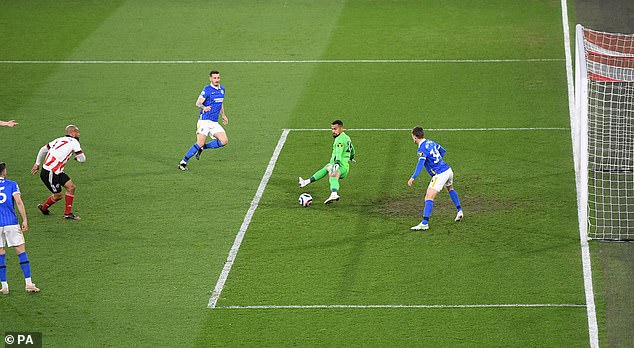 ‘Every game that we play we demonstrate we should be competitive. Equally you can lose, and that is the beauty of the league. It’s why it’s the best league in the world.’

That McGoldrick’s seventh of the season was enough for a fifth win for rock-bottom United had a lot to do with Neal Maupay’s late miss from a couple of yards out.

But Heckingbottom credited the fight shown by a group whose relegation was sealed last week. He said: ‘Everyone can still see what it means to the players to be in the Premier League. This result will be big for lots of people connected with the club, so I am delighted, and we want to make the most of these last five games.’