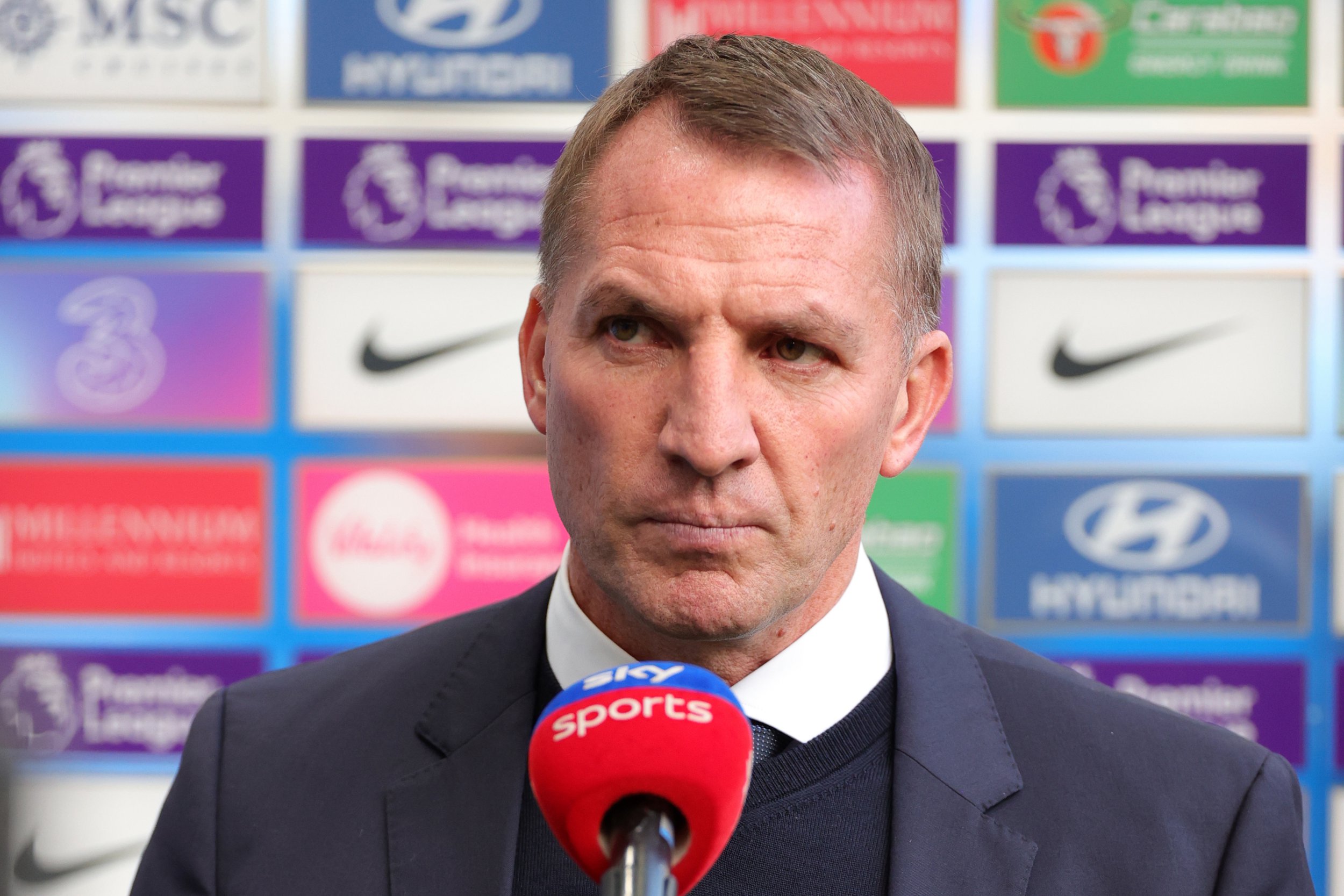 The Foxes, who beat Chelsea in the FA Cup final at Wembley last Saturday, suffered a blow in their hopes to secure a top-four finish in the Premier League after they lost at Stamford Bridge.

Antonio Rudiger and Jorginho had given Chelsea a two-goal lead before Kelechi Iheanacho pulled a goal back for the visitors.

But it wasn’t enough and Leicester now face the prospect of missing out on a top-four spot, depending on the results of Liverpool’s final two games.

Rodgers, meanwhile, was keen to pay tribute to Mount’s excellent season for Chelsea following Leicester’s defeat at Stamford Bridge and said the midfielder is ‘an incredible footballer’.

‘We’re coming up against a team who are in the Champions League final,’ said Rodgers.

‘I want to mention Mason Mount because this is a young guy I’d heard early on in the season there was maybe doubts around him, whether he should be playing or not for Chelsea.

‘This boy is top, top level. They can be very proud of him here at Chelsea, the academy, he’s an incredible footballer and he’s going to be that.’

Rodgers has also urged his players to now focus on getting a positive result in their final game of the season against Tottenham this weekend.

‘I’ve said all along we’ll see where we’re at after 38 games,’ Rodgers said.

‘Now we’ll recover and get ready for the the weekend. All we can do is get three points there and see where it takes us.

‘The maturity in the team and how they’ve fought has allowed us to get into this position.

‘We know we can win big games, let’s see if we can do it again. It will be great because we’ve got supporters in. You could sense the difference fans made tonight, so that will make a big difference for us.

‘For us, it’s about ourselves, we could never control what Liverpool or Chelsea has done. If we arrive in the top four, it will be a monumental effort.

‘Every team has a hard game, Liverpool have Burnley and Crystal Palace who are tough teams to play against, Chelsea have to go to Villa, we play Tottenham. We can only focus on ourselves.’