Leicester manager Brendan Rodgers says it is too early to consider his side title contenders and believes Sunday’s opponents Liverpool are just as dangerous despite their injury woes.

The Foxes went into November’s international break top of the Premier League table, a point above Tottenham and Liverpool, who they meet at Anfield on Sunday, live on Sky Sports Premier League.

Just three points separate the top six in the league, with Spurs, Chelsea and Aston Villa all able to climb to the summit on Saturday.

Asked if he believes the title race is open to more clubs this season, Rodgers said: “I haven’t even thought about it. We’ve only played eight games.

“We’ve made a good start but what’s important for us is to continue being honest in our approach to keep the humility we have in the group and prepare as best as we can for every game. That’s our only thinking and nothing else.”

Despite the daunting task of heading to the home of the champions, Leicester’s chances may be helped by Jurgen Klopp’s extensive absentee list. 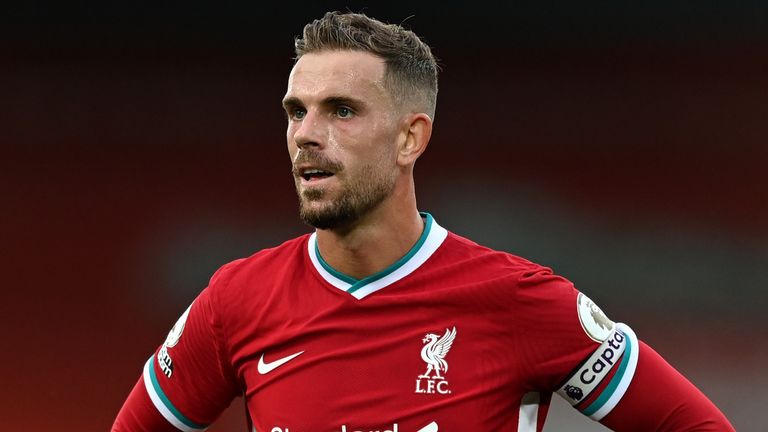 Liverpool’s injury woes were dealt another blow during the international break after Joe Gomez suffered a serious knee injury, Jordan Henderson was forced off with a leg injury and Mohamed Salah tested positive for coronavirus.

Those casualties add to a raft of team-mates already in the treatment room, including Virgil van Dijk, Trent Alexander-Arnold, Thiago and Alex Oxlade-Chamberlain, while Fabinho is close to a return.

“They’ve got top class players,” Rodgers said. “We’ve seen it ourselves with our injuries that the players have come in and done really well and that’ll be the same for them.

“It’s an extremely difficult one. Even with players missing it’s still a squad of world-class players.

“You’re going to have to be aggressive when you’re defending and clinical in attack. You want to play the best and they have clearly been that.”

Leicester have a perfect away record going into matchday nine, having won four out of four on the road, including their 5-2 victory over Manchester City at the Etihad.

Rodgers puts their impressive performances down to making the most of their limited time on the ball, or what he calls “dangerous possession”.

“In any game, especially away from home you have got to defend well and then be efficient with the ball,” Rodgers said.

“The team is evolving and developing different ways to win. We went to Manchester City, won 5-2 and had 28 per cent of the ball, but that 28 per cent was dangerous possession.”