‘This season the teams know they have to do better to beat us’: Bernardo Silva insists retaining the Premier League title would be a greater achievement for Manchester City than their record-breaking success last season

Bernardo Silva believes Manchester City winning the Premier League title this season would be a bigger achievement than their record-breaking 2017-18 success.

City returned to the top of the pile after a 1-0 win at Tottenham on Monday night, going back above Liverpool on goal difference.

It was their eighth win from 10 games and their sixth clean sheet on the bounce and they again appear to be the team to beat, but Silva feels it is much tougher for them this year. 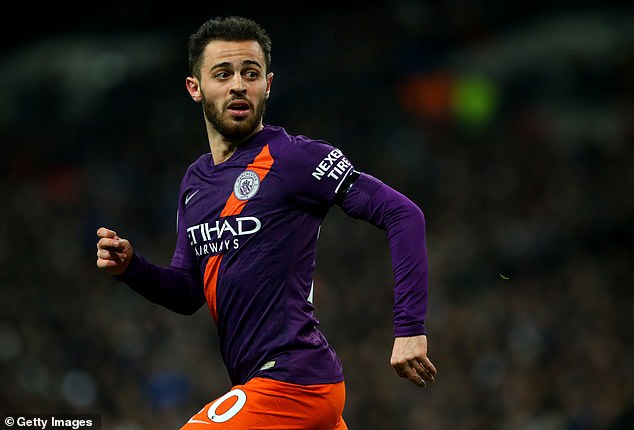 ‘I think it will be harder because last season nobody was expecting us to win as many games and to reach that level of points, so this season the teams know they have to do better to beat us,’ he said.

‘Of course it will be very hard, but we will work every game to get the three points and at the end of it try and celebrate winning one more Premier League.

‘I think either Chelsea and Liverpool (are contenders), they are very strong, Arsenal as well.

‘Even Tottenham, even though they lost, they’re still contenders.’

What makes City’s quest slightly easier is the fact they have already visited Liverpool, Arsenal and Tottenham and have come away unscathed, with seven points.

Silva says it could be important to have picked up points in these games ahead of the return fixtures, which will come over the title run-in. 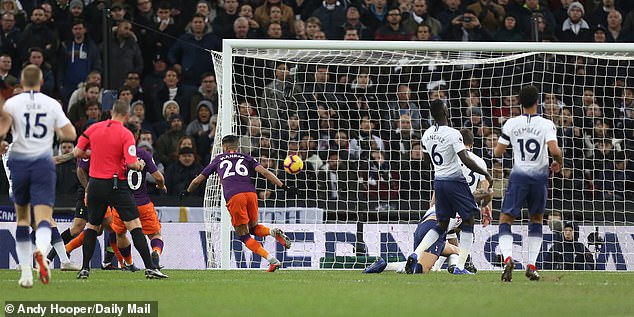 ‘I think that’s important to win these games, to have a draw away at Anfield, to win at the Emirates and now here at Wembley, it’s important,’ the Portuguese said.

‘But still they have to come to play us at the Etihad, which is a bit better for us.

‘It’s still the beginning of the season and anything can happen, we have to keep strong and with the ambition of winning every game and never relax.’

City’s win came on a Wembley pitch that was in shocking condition due to the NFL game played on it only 24 hours earlier.

The game had to be shoehorned into the Monday night slot as Tottenham’s new stadium is not ready and City were not keen to reverse the fixture.

Both sides are in midweek action in the Carabao Cup, but Silva insists it was the right decision for the game to go ahead at Wembley. 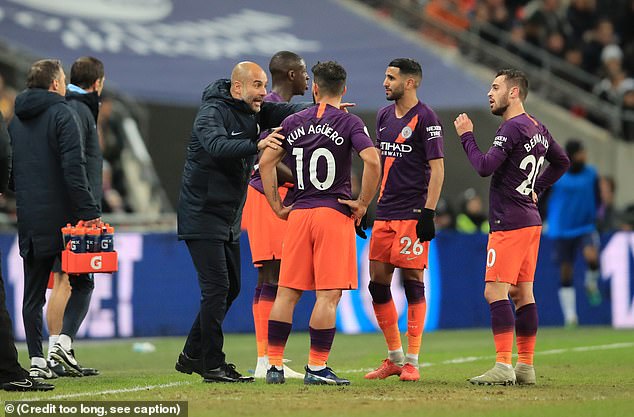 ‘Everyone knew how the pitch was, the conditions weren’t even close to perfect but it was the same pitch for both teams,’ he said.

‘We knew we had to try and win it anyway, that’s the most important thing. We got the three points and now move onto the next one.

‘I think it was a decision of people from the club, I think it was the right decision (not to reverse) because I don’t want to say that it’s more important the second round than the first because all points are important, but obviously from the end of the season you will have to play three away games.

‘It’s complicated because at home with our supporters you are always a little bit stronger, so, it’s good to have this win and to be able to play the second game at the Etihad.’