RB Leipzig’s highly-esteemed young manager Julian Nagelsmann has snubbed the chance to become the next Tottenham boss by joining Bayern Munich at the end of the season. The 33-year-old was a top candidate for Daniel Levy, who will now have to turn his attentions elsewhere.

It appears that Tottenham were never particularly close to landing managerial target Julian Nagelsmann after his £21.7m agreement with Bayern Munich.

The Bundesliga’s youngest-ever boss is set to make the move so many have done in the past and leave an up and coming German side for Bayern.

Nagelsmann is widely regarded as one of the best young coaches in the world, and helped guide RB Leipzig to the semi-finals of the Champions League last season, having beaten Spurs and Atletico Madrid in the knockout rounds.

The 33-year-old has carried his side to a comfortable second place this term, behind you guessed it – Bayern. 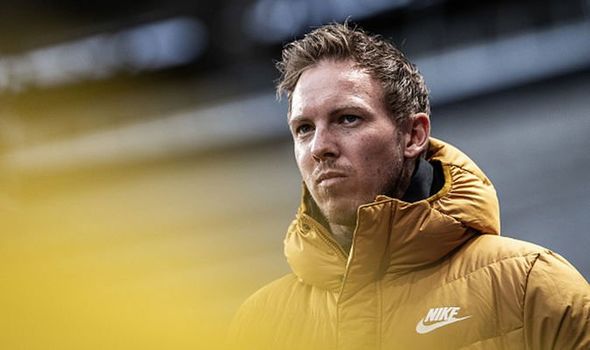 So it is easy to see why Tottenham were so desperate to make him their new manager, only for Nagelsmann to take over a side capable of winning a sextuple under the departing Hans-Dieter Flick.

In truth, it seems the failed centre-back, who never made a professional appearance, was never really close to a move to north London.

According to The Athletic, Nagelsmann has described becoming the Bayern boss as a “dream”, and is said to have told the Leipzig board not to stand in his way. 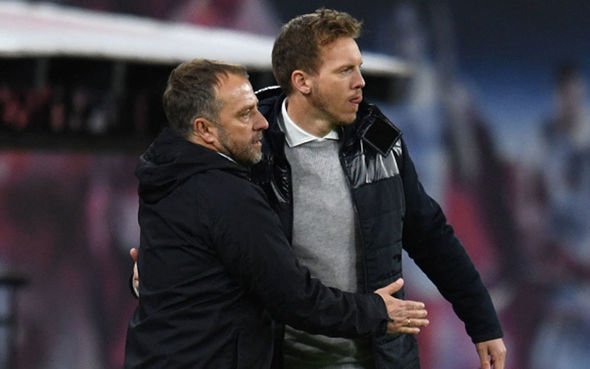 Nagelsmann is a lifelong Bayern fan, having grown up in Landsberg, a small town close to Munich.

The reported £21.7m in compensation will be a very small of a consolation to the club that was only founded 11 years ago.

But this was a move that was always destined to happen, having met Pep Guardiola back in 2015 before he was unable to become the U19’s coach, while three years later and still in his first senior role at Hoffenheim, he was overlooked due to a lack of experience.

The announcement will come as a real blow to Daniel Levy, who doesn’t think that interim boss Ryan Mason is ready for the big boys just yet.

It’s thought that Leicester manager Brendan Rodgers is now their number one target, but there are fears that he may not be interested in joining a club currently four places below his own.

There a several other familiar faces being lined up by Levy and co., including Erik ten Hag of Ajax and ex-Everton man Roberto Martinez.

But one thing seems like it was always clear, it was never going to be Nagelsmann.