Barcelona star Miralem Pjanic wants to leave the Nou Camp this summer and a move to Chelsea is a possibility, according to reports. However, Chelsea head coach Thomas Tuchel will wait to see what else develops in the upcoming transfer window before deciding on whether to sign the midfielder.

Pjanic only joined Barcelona last summer from Serie A side Juventus.

The Bosnian moved to La Liga in a deal which saw Arthur head in the opposite direction.

However, the 31-year-old has made just six league starts in his first campaign under Ronald Koeman.

Pjanic is yet to score or assist for Barca in the league or Champions League. 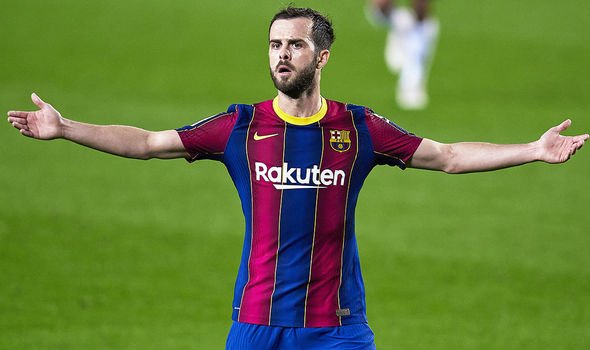 French outlet Le10 Sport claim Pjanic has decided he wants to quit the Catalan club after just one year.

Chelsea and Paris Saint-Germain are both named as the teams interested in signing the former Roma star.

A loan ‘could be attractive’ to both clubs, who the report say did not rule out a move for Pjanic when approached.

Tuchel and PSG boss Mauricio Pochettino are prepared to play the waiting game to see what other opportunities crop up.

Pjanic’s wage demands could be a stumbling block, with his contract at Barca currently set to run until 2024.

Tuchel has had a fine start to life at Chelsea since replacing the sacked Frank Lampard in January.

The German has led the Blues to the Champions League final, though saw his side lost to Leicester in the FA Cup final last weekend.

Speaking last week, Tuchel acknowledged the work Lampard had done before him. 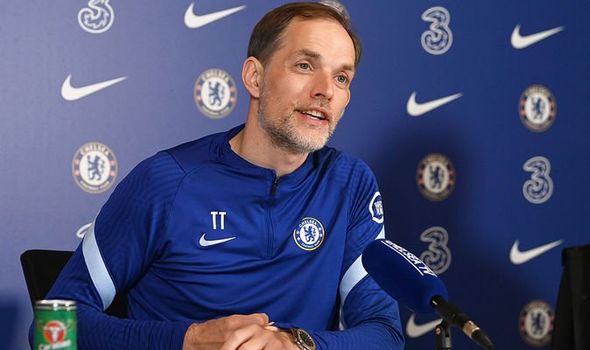 “Frank had an amazing record in the group stage of the Champions League,” Tuchel said.

“[He] won all the FA Cup games. He’s laid the foundation to get us to finals, and I will never forget it.

“We don’t feel ashamed or have any fear to speak it out loud. We stepped in halfway through the season and tried to fulfil the job he had began.”

In response, Lampard has thanked Tuchel and paid tribute to the start he has made at Stamford Bridge.

Lampard told the Mirror: “I appreciated [Tuchel’s] words last week. I was pleased to hear them because I think it’s right. I’m not just giving myself credit.

“But if I was in his shoes, I would certainly speak like that, so he’s giving me credit for the first half of the season.

“He’s taken it on and I’ll give him credit for that as well because to reach two finals and to be in contention for the top four, I know that battle from last year, we were in it last year and it’s tough battle, especially in the run-in.”