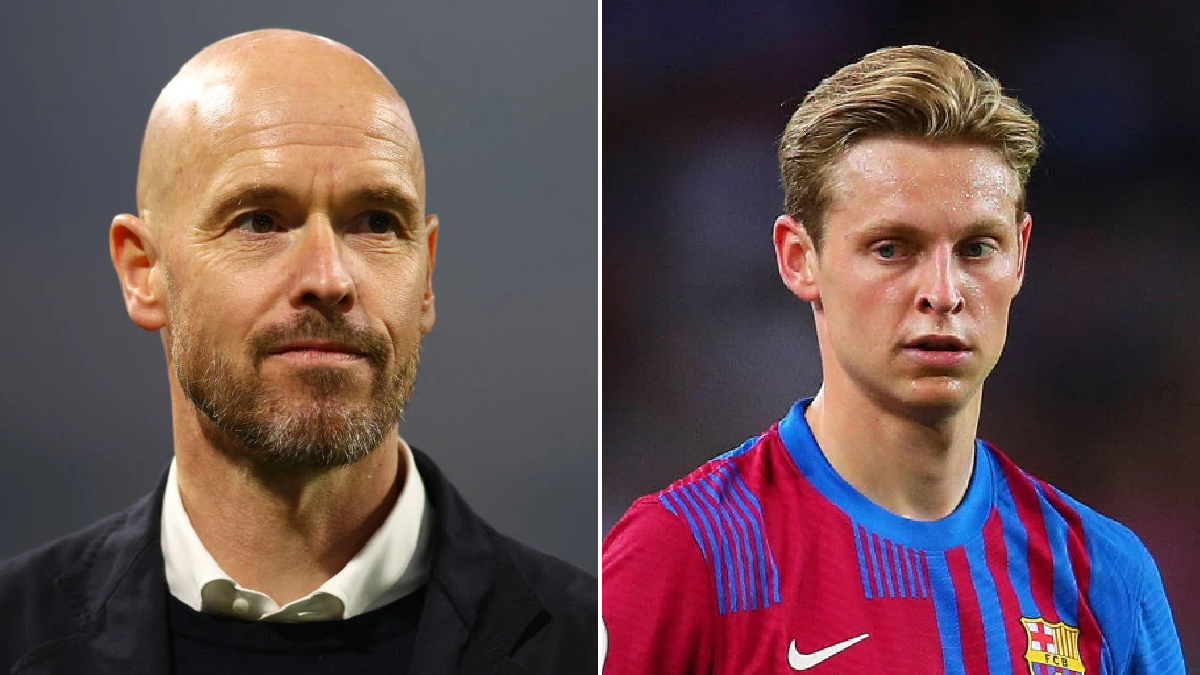 Barcelona have rejected Manchester United’s opening bid for Frenkie de Jong and set their asking price for the midfielder.

Erik ten Hag worked with De Jong at Ajax and is keen to make the Netherlands international his first United signing.

Dutch boss Ten Hag has signed a three-year deal at Old Trafford and knows reinforcements are needed to turn the club’s fortunes around.

Manchester United have been in talks with Barcelona for a number of weeks and have now tabled an offer worth €60m (£51m) plus €10m (£8.5m) in add-ons.

But Fabrizio Romano says Barcelona have turned down the offer, while ESPN claim Barca are holding out for an overall package worth €100m (£85m).

The Spanish giants are prepared to offload De Jong to help balance the books amid an ongoing financial crisis at the Nou Camp, but will not let him go on the cheap.

De Jong has reiterated his desire to stay at Barcelona but United are hopeful of convincing the midfielder to link up with his former Ajax boss in Manchester.

‘I can’t say anything about that but I prefer to stay at Barcelona,’ De Jong said earlier in the month.

‘I have already said it before, Barcelona are the club of my dreams since I was little. If other clubs call I will take the call, of course. It is something that is always done.’