Northern Ireland on brink of relegation in Nations League; Josh Magennis gave visitors lead; But late goals from Louis Schaub and Adrian Grbic dent Northern Irish hopes; They now must beat Romania on Wednesday to have any chance of survival 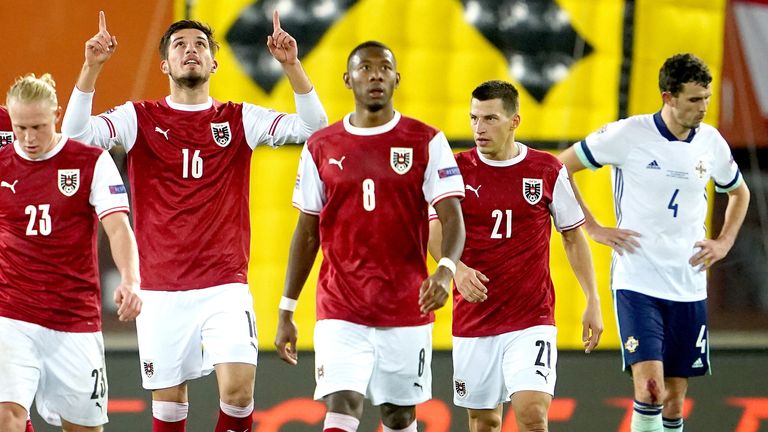 Northern Ireland are on the brink of Nations League relegation after Austria’s late comeback saw them lose 2-1 in Vienna.

Ian Baraclough’s side were closing in on a much-needed victory when Josh Magennis gave the visitors the lead in the 74th minute.

However, substitutes Louis Schaub (81) and Adrian Grbic (87) struck in the final 10 minutes to complete the turnaround as Northern Ireland’s difficult week got worse.

It caps a miserable four days for Northern Ireland following their Euro 2020 play-off defeat to Slovakia last Thursday and they now must beat Romania on Wednesday to have any chance of avoiding relegation from League B of the Nations League.

Leeds team news for their clash with Everton at Goodison Park