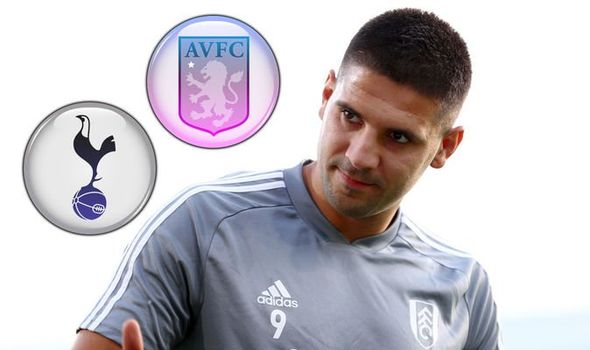 Aston Villa and Tottenham have refused to meet Fulham’s £40million valuation of Aleksandar Mitrovic this month. Both Premier League clubs have been in the market for a striker in January following injuries to their first-choice No 9s.

Villa’s £22m summer signing Wesley is ruled out for the rest of the season with knee ligament damage.

As both sides scouted the market for strike talent, they considered a move for Mitrovic, who is the Championship’s joint-top goalscorer with 18 strikes this season.

But, according to the Daily Star, Tottenham and Villa decided against raiding the Cottagers for the Serbian frontman after they were quoted £40m.

Mitrovic’s 11 Premier League goals last season were not enough to keep Fulham afloat in the top-flight but he penned a new deal until June 2024 last summer.

The report states that the 25-year-old has an option to leave Craven Cottage in the summer if Fulham do not achieve promotion this term.

Fulham boss Scott Parker was confident when asked whether Mitrovic could leave before the January transfer window closes next Friday.

“No, I’m not worried,” he said. “He’s very committed. I feel like he’s in a good place and he’s leading scorer in the division.

“I think he has a sole aim of helping us reach our goal and being successful this year.

“I suspect everything will be fine in the next week.”

Villa’s strike problems are not pressing as Tottenham’s after they signed Genk’s Mbwana Samatta for £10m on Monday.

The Tanzania marksman has joined on a four-and-a-half-year deal after seven goals in the Belgium top-flight this season. 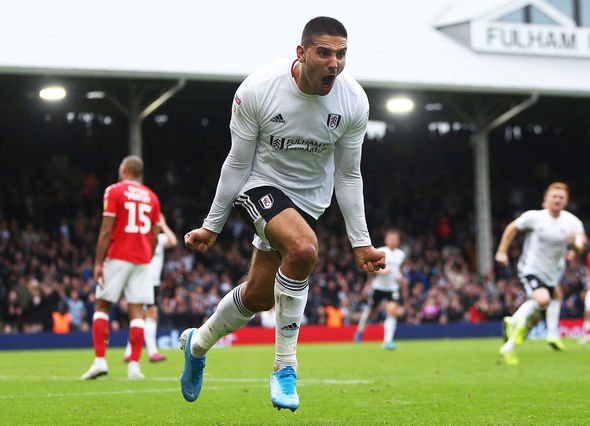 Spurs have not yet welcomed a striker into their ranks with Lucas Moura continuing to operate as a false nine.

Real Sociedad forward Jose Willian has been intensely linked with the Lilywhites but the clubs cannot agree on the transfer fee.

Jose Mourinho is desperate to sign a striker before the end of the window.

“Do we need a striker? Yeah, if possible, yes,” he said earlier this month. “But it has to be a positive situation for us, so in this moment we have attacking players that are very good.

“So if it’s possible, we are doing everything possible and it’s not easy but we are trying to add that player to the squad.”