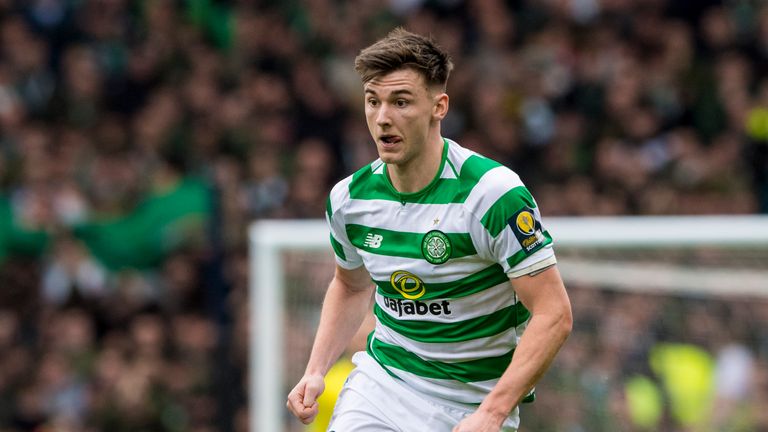 Arsenal’s £25m offer for Kieran Tierney includes too many add-ons and is dependent on them qualifying for the Champions League, something Celtic are not convinced is realistic, Sky Sports News understands.

The Gunners’ initial offer of £15m for the left-back was swiftly rejected by the Scottish champions, who then came back with a structured bid in the region of £25m, which was also rebuffed.

Arsenal have previously insisted they remain confident they can get a deal across the line but Celtic are understood to want a simplified deal with more cash up front.

Tierney, who is under contract at Celtic Park until 2023, has played 180 times for the club since becoming a regular in the side in the 2015/16 season.

The 22-year-old was restricted to 21 league appearances for the Hoops last season due to a hernia problem and is currently recovering from surgery. Sky Sports News is home to three new shows dedicated to bringing you the very latest news from this summer’s transfer market.

Start your day with Good Morning Transfers at 9am as our team of reporters and pundits bring you the latest news and insight.

Transfer Talk then follows at midday, delivering the biggest stories that matter to you. And join us at 7pm for the definitive round-up of the day’s news with The Transfer Show.