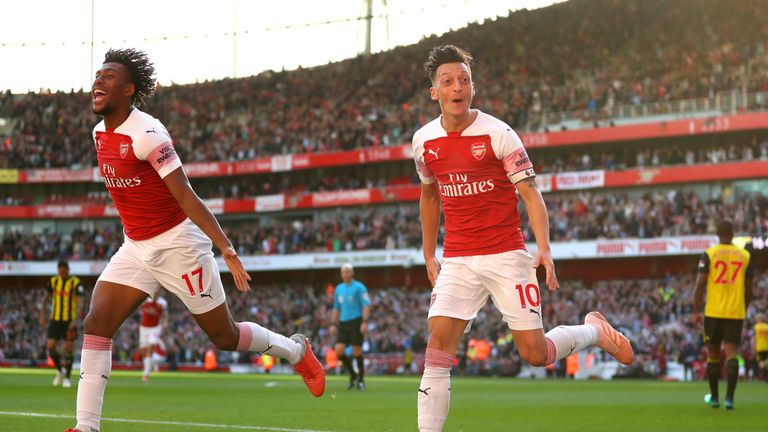 Alex Iwobi says teammate Mesut Ozil has helped him to become a key member of the Arsenal side.

Having played and trained alongside the German for a while now, Iwobi was unsurprised by Ozil’s match-winning performance on Monday night against Leicester at the Emirates.

Pierre-Emerick Aubameyang scored twice in the second half as the Gunners ran out 3-1 winners but Ozil took the plaudits, having netted a sumptuous equaliser, before playing a key part in both Aubameyang goals.

Iwobi said: “I have been training with him since I was 17 and I have seen what he can do.

“The quality he has is not just in training. He is a world-class player and he proved that again last night.

“He gives me advice in a different way.

“He jokes around but always tells me I can do more – even last night, he was saying I can do more, he is always one of those guys.

“But he is always happy, always telling me and giving me the confidence to express myself, so it helps me.

“Mesut will come across as laid back but he is helping everyone in a different way and he helps me a lot.”

Iwobi has started five of the last seven games and also believes that playing under Unai Emery has benefited his game.

“For me, he has just given me confidence to express myself,” said Iwobi

“To believe in my ability, which I have been trying to show, and also in training, he is always letting me try new things, be positive, be direct and prove it in the game. 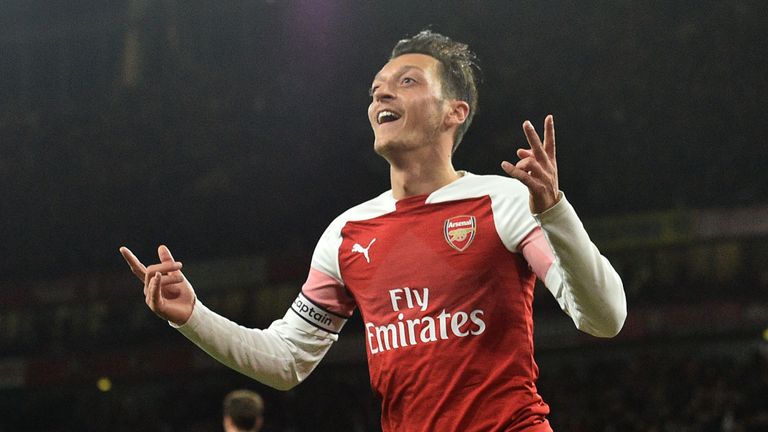 “It is working for me, so I just have to keep it going.

“I feel that, even if I make a mistake, I am able to go again. I think that is the difference between me last year and this year.”