Arsenal should have replaced Wenger with Ancelotti, says Morgan

Piers Morgan insists Arsenal could have ‘avoided a lot of pain’ if they had replaced Arsene Wenger with Carlo Ancelotti, as ‘most underrated manager in history’ celebrates his historic title victory with Real Madrid

Piers Morgan has described Carlo Ancelotti as the ‘most underrated manager in football history’ and insists that Arsenal should have appointed him to replace Arsene Wenger.

The Italian has guided Real Madrid to their 35th LaLiga title, with a 4-0 win over Espanyol on Saturday putting them 17 points clear of second-placed Sevilla with four games to play.

It means that Ancelotti is the first manager to win the title in all five of Europe’s major leagues. 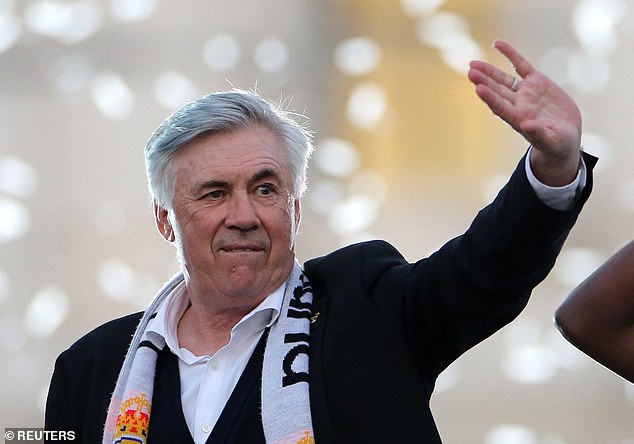 Carlo Ancelotti, 62, is the first manager to win the title in all five of Europe’s major leagues

The 62-year-old has also won Serie A with AC Milan, the Premier League with Chelsea, the German Bundesliga with Bayern Munich and Ligue 1 with PSG.

Sharing a picture of Ancelotti celebrating with Real Madrid’s players, Morgan tweeted: ‘If Wenger had stepped aside after winning the FA Cup in 2013, and Arsenal had replaced him with Ancelotti, I suspect a lot of our pain could have been avoided. Most underrated manager in football history.’ 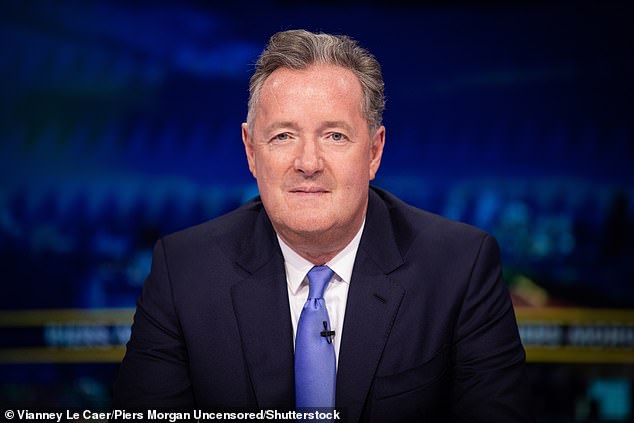 It’s worth noting that Morgan has actually got his dates wrong – it was Wigan who lifted the FA Cup in 2013, with Arsenal triumphing the following year.

The Gunners beat Hull in the 2014 final, the same year that Ancelotti won the Champions League in his first spell at Real Madrid. He left Real at the end of the following season.

The Italian is aiming to win the trophy with the Spanish side again this season, but his team trail 4-3 in their semi-final against Manchester City with the second leg at the Bernabeu to come on Wednesday. 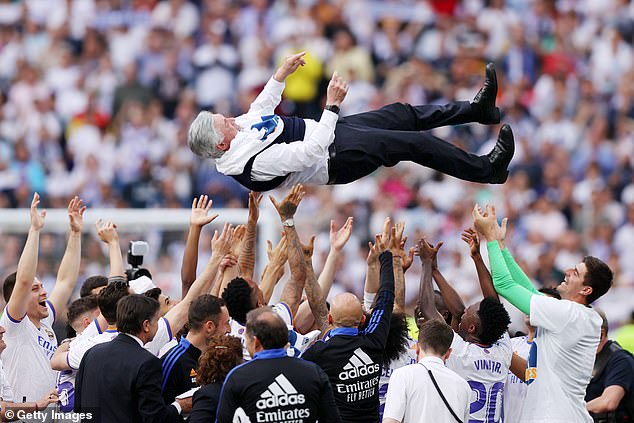 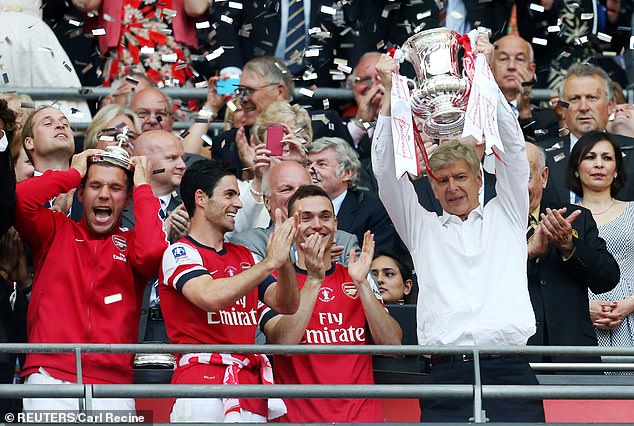 If they do lift the trophy in Paris, Ancelotti would become the first person to win the European Cup or Champions League four times as a manager, having also led AC Milan to continental glory in 2003 and 2007.

Ancelotti actually rejected the chance to become Arsenal manager when the Gunners were searching for Unai Emery’s replacement in December 2019.

Instead it was Mikel Arteta took the job and Ancelotti returned to the Premier League in the same month with Everton, who he guided to 12th and 10th place finishes in the top flight before returning to Madrid last summer.