And a breakthrough in negotiations has come because the Gunners are now willing to let the defender remain on loan in France this season.

Saint-Etienne are adamant the 18-year-old continues his development in Ligue 1 for the 2019/20 campaign.

Saliba only broke into the first-team picture last term, catching Arsenal’s attention in the process.

Unai Emery had wanted to add the teenage star to his ranks for the new season.

But even the player himself is keen to stay at Saint-Etienne until next summer.

A deal will still be struck now, though, as Arsenal look to guarantee Saliba plays in red come the start of the 2020/21 season.

According to the London Evening Standard, negotiations are in the latter stages of a proposed £25m transfer.

With Arsenal seemingly ready to let Saliba stay in France this season, only the structure of payments needs to be sorted. 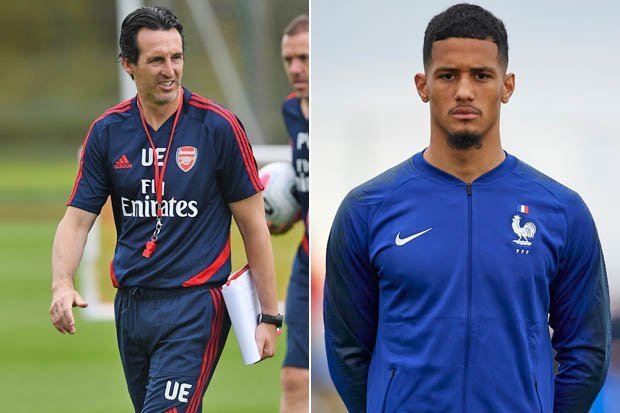 It is said Arsenal want to make a small initial payment this summer, given Saliba won’t represent them for another 12 months.

That would see the bulk of the £25m fee not paid until 2020, meaning their current summer budget would remain relatively intact and allow Emery to pursue other targets during this window.

Following the £5m arrival of 18-year-old forward Gabriel Martinelli from Ituano, Arsenal have £40m remaining to spend before any player sales.

Other targets can subsequently be pursued, with the likes of Wilfried Zaha, Kieran Tierney and Ryan Fraser all understood to be on Arsenal’s agenda.

The London Evening Standard add there is growing confidence a total agreement can be reached with Saint-Etienne.

And while it will still leave Emery without a new centre-half for the 2019/20 season, it will be a boost that he still has money to play with in the market.