Arsenal are wasting little time in appointing their next permanent manager after sacking Unai Emery and have already started the process of interview candidates for the role this week. The club sacked Unai Emery after 18 months in charge of the club after a series of disappointing performances.

According to The Telegraph, they have started speaking to candidates and are focusing on coaches who are out of work and would be available to take control of the team this season.

After Emery was shown the door Freddie Ljungberg was promoted from his role as assistant coach and put in temporary charge of the team.

The report claims that the club’s technical director Edu will be leading the search for a new boss, who will need to be approved by each of the club’s four executives before being offered the job. 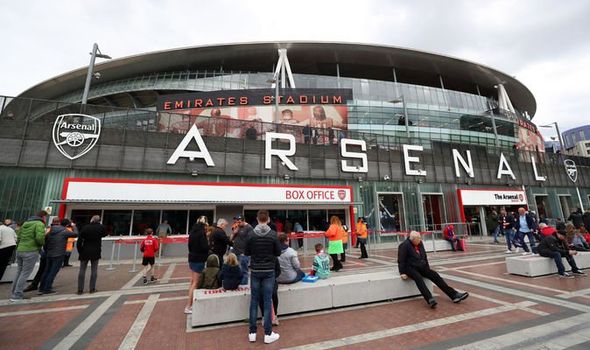 There are several out of work managers who have been linked with taking over at the north London club, with Massimiliano Allegri and Mauricio Pochettino featuring on the club’s shortlist.

However, each of these candidates come with challenges if they are to take over this season.

Allegri has made it known he is interested in taking a job in the Premier League after parting ways with Juventus at the end of last season.

But the 52-year-old is understood to want to wait until the summer before taking over his next role.

Pochettino was sacked by Tottenham after spending five-years at the club but it is understood that the Argentine would have to repay Spurs his £12.5million pay-off if he takes another Premier League job this season.

Arteta, who is currently assistant manager to Pep Guardiola at Manchester City, has previously been considered by the board when the club were considering candidates to replace Arsene Wenger before they decided to go with Emery. 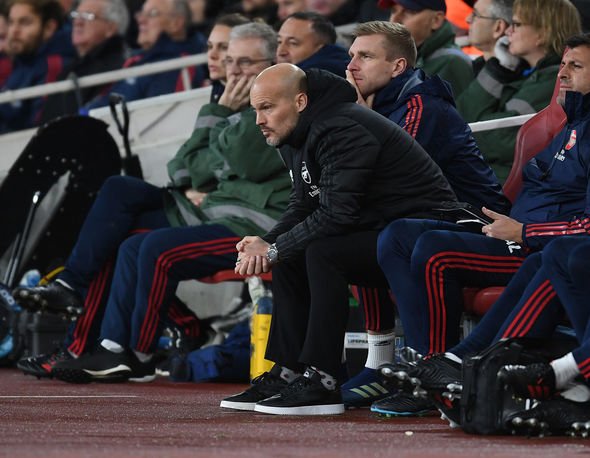 The 37-year-old is once again being considered and while Guardiola has sung the praises of his assistant he also hinted that Arteta wouldn’t be leaving the club until the end of the season at the earliest.

“Of course [Arteta] will be a manager sooner or later,” Guardiola said.

“We are going to finish the season but in the future I don’t know what is going to happen.”

Vieira, who is currently the manager of Nice in Ligue 1, is also understood to be on the Gunners shortlist.

Although, according to ESPN FC, the 43-year-old is not at the top of the club’s wish list.

But while the process of finding the next manager continues it is understood Arsenal have faith in Ljungberg, despite the Swede recording a 2-2 draw against Norwich in his first game and then a 2-1 loss to Brighton on Thursday at the Emirates.

Arsenal could end up see Ljungberg hold his interim role until the end of the season, which in turn would allow the club more time to find the ideal candidate rather than just who is available now.