It’s full steam ahead for Arsenal under Unai Emery, with Thursday night’s 1-0 Europa League win over Sporting Lisbon their 11th on the bounce in all competitions.

The impressive sequence speaks volumes for the quiet revolution the Spaniard is enacting at the Emirates Stadium following 22 years of Arsene Wenger.

But Emery and his Gunners side have a little bit more work to do before they can write themselves into club history. 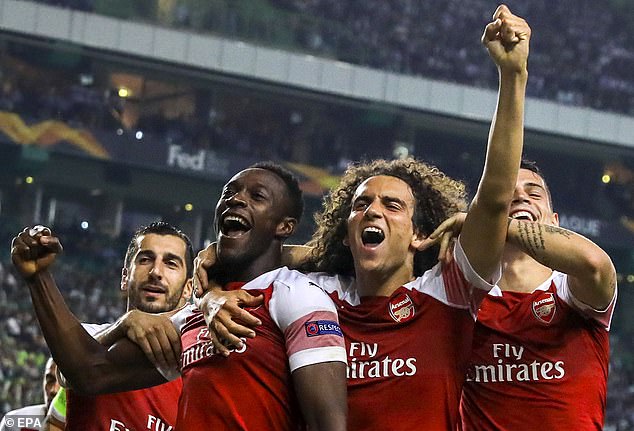 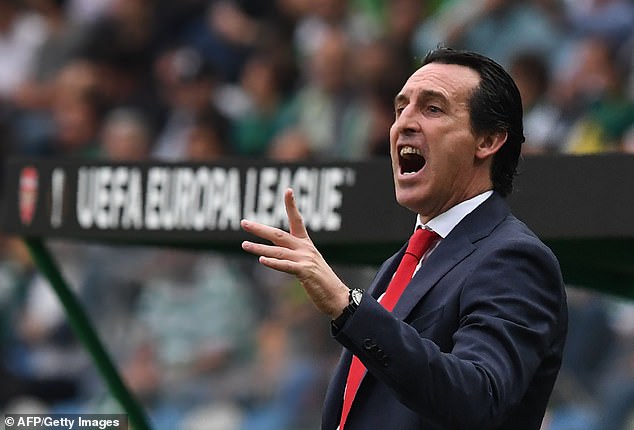 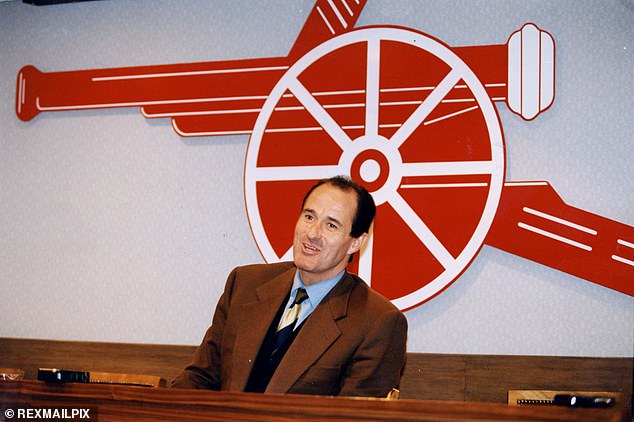 In order to match that, Emery’s current crop must beat Crystal Palace in the Premier League on Sunday, Blackpool in the fourth round of the EFL Cup next Wednesday and then Liverpool in the league the following Saturday.

Achieve all that and they can establish a new club best by defeating Sporting Lisbon in the return Europa League encounter on November 8. 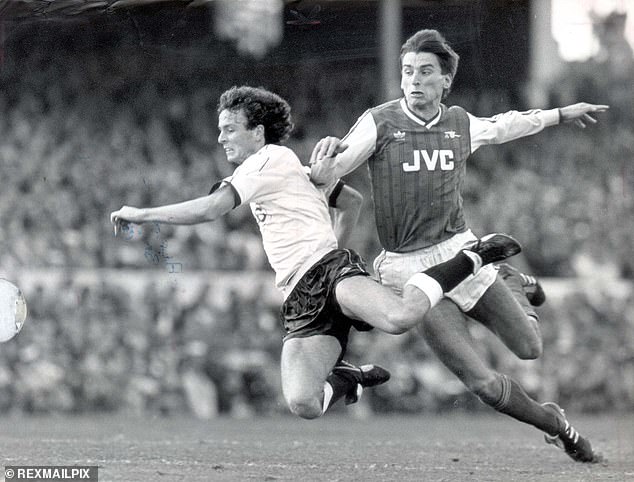 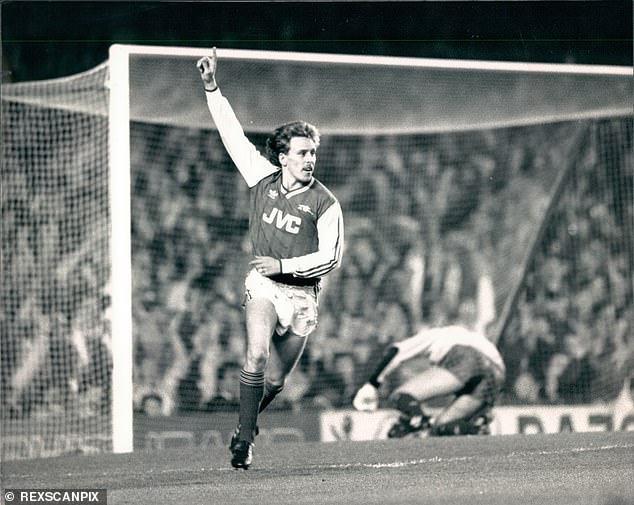 October 28 vs Crystal Palace (A)

The record run began on September 12, 1987 when Alan Smith scored the only goal of the game against Nottingham Forest at the City Ground.

In addition, they twice beat Doncaster Rovers in a two-legged League Cup tie, before eliminating Bournemouth and Stoke City.

The run came to an end when Southampton claimed a 1-0 victory at Highbury on November 21.

Despite their positive beginning to the season, Arsenal would tail off to eventually finish sixth as Liverpool claimed the title some 24 points ahead of them.

The Gunners did reach the final of the League Cup, only to lose 3-2 to Luton Town at Wembley Stadium.

We take a look back at some of the players from that record-setting Arsenal side. 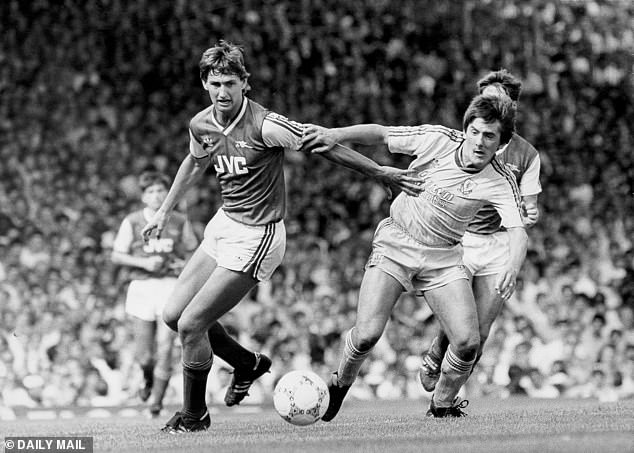 John Lukic – the Gunners’ goalkeeper was an ever-present that season and the fans favourite who had worn the gloves since the 1984-85 season. In all, he played 238 league matches for the club over two spells.

Michael Thomas – having made his league debut earlier that year, Thomas established himself as a regular right-back in 1987-88. Famously scored the injury time goal at Anfield to win Arsenal the title in 1989.

Kenny Sansom – Proved to be the captain’s final season with Arsenal having led them to League Cup success in 1987. Played over 300 league matches for the club over eight years.

Steve Williams – Another man in his final season with the club, Williams had thrived on the right side of midfield but eventually lost his place to Thomas and moved to Luton. 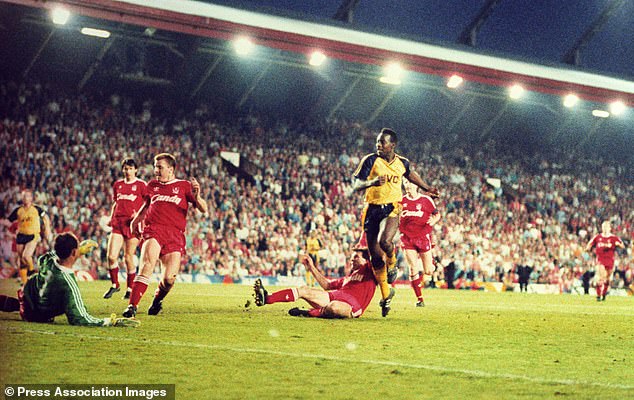 David O’Leary – the Irish centre-half was in the midst of a 20-year Arsenal career that saw him amass a record 722 first-team matches. Would win two league titles, two FA Cups and two League Cups during that time.

Tony Adams – the future Arsenal captain had just made his breakthrough into the side, eventually forming a formidable back line with Lee Dixon, Nigel Winterburn and Steve Bould. Assumed the captain’s armband, aged 21, later that season.

David Rocastle – ‘Rocky’ became a firm fan favourite with his skilful performances in the Arsenal midfield. In all, he played 228 times and scored 34 goals for Arsenal. Sadly passed away from cancer aged 33 in 2001.

Paul Davis – the midfielder came through the ranks at Arsenal before enjoying a 15-year career with the clubs, winning the First Division in 1989 and 1991 as well as a series of cup competitions. 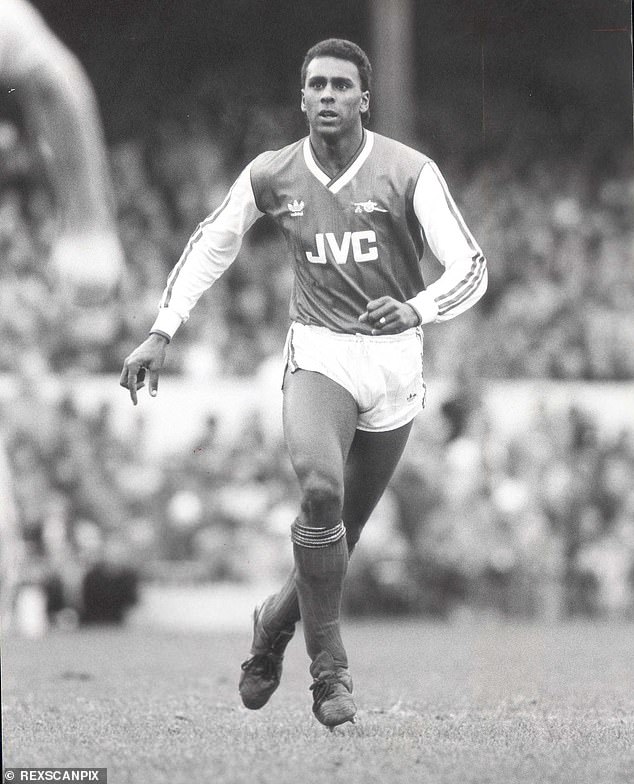 Alan Smith – regular goalscorer who had arrived from Leicester City in the summer of 1987 and scored 16 goals that season. Scored a total of 115 goals in his eight campaigns with the club.

Perry Groves – the hard-working winger had signed from Colchester in 1986 and ousted Charlie Nicholas to partner Smith in attack. Remained with the club until 1992.

Graham Rix – an Arsenal stalwart after over a decade at the club, he was coming to the end of his time at Highbury but still played a number of matches on the left wing.

George Graham (manager) – appointed in 1986 with a brief to restore Arsenal the trophy-winning force they had been during his playing days at Highbury, Graham won the League Cup in his first season in charge. They would achieve consistent high finishes in the league during his nine-year tenure, winning the championship in 1989 and 1991. They also claimed the FA Cup in 1993 and another League Cup that same year, plus the European Cup Winners’ Cup the following season. 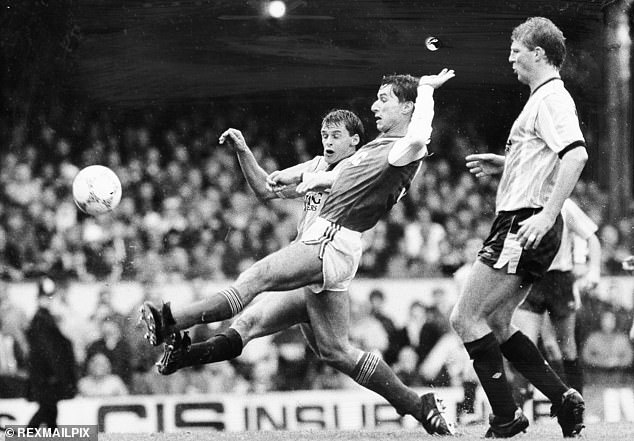