Arsenal players have been captured on video celebrating their latest win in their Emirates Stadium dressing room after easing past Leicester on Monday night to continue their exceptional form.

Unai Emery’s side continued their recent revival by making it 10 wins in a row as they came from a goal down to beat the Foxes 3-1 thanks to a sublime finish from Mesut Ozil and a brace from substitute Pierre-Emerick Aubameyang.

German defender Shkodran Mustafi was among those leading the celebrations as he danced around in his underwear and produced moves akin to music icon Michael Jackson while listening to his famous track ‘The Way You Make Me Feel’. 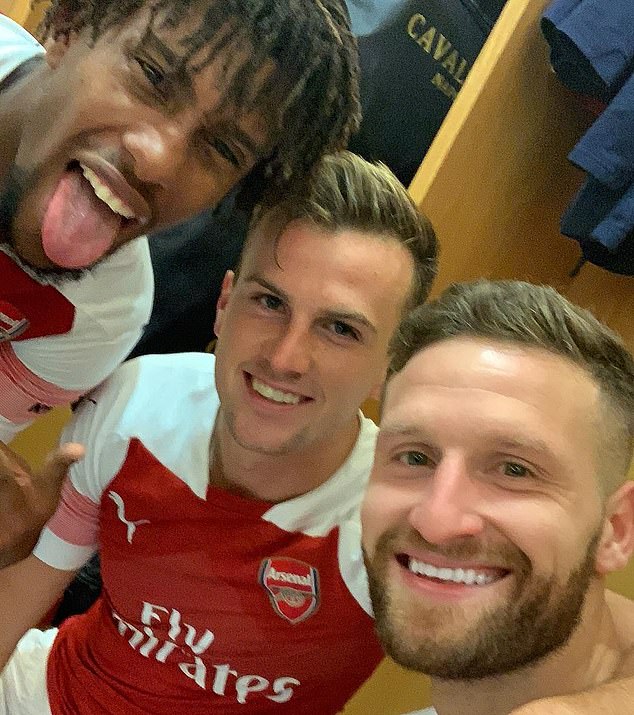 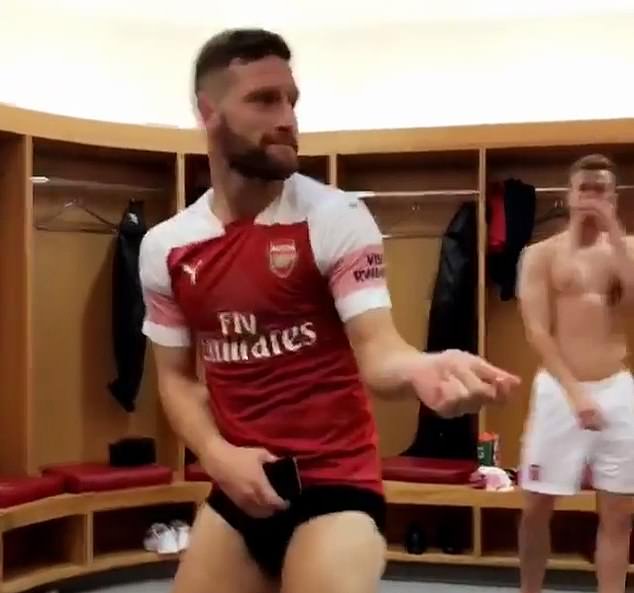 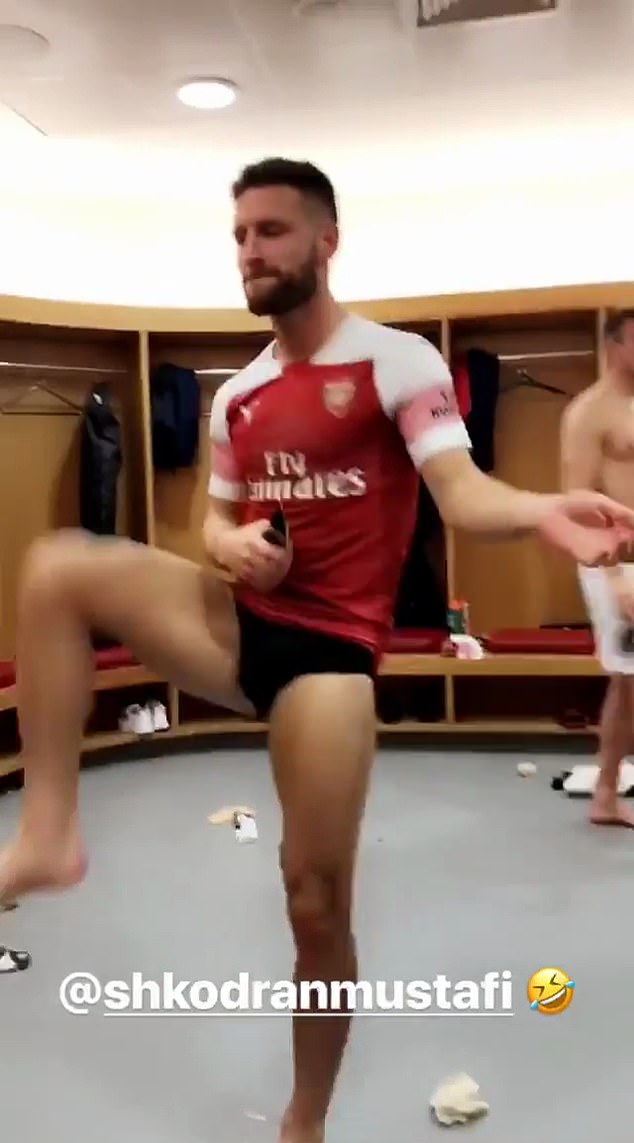 Still wearing his Arsenal shirt, Mustafi glided across the changing room floor before unleashing a leg shimmy while team-mate Alex Iwobi watched on in hysterics.

Alexandre Lacazette missed several good chances to continue his goalscoring form on Monday night but that did not stop him from wading into the post-match celebrations.

Sitting across the dressing room, he filmed fellow striker Aubameyang dancing alongside the caption: ‘Thanks bro’. 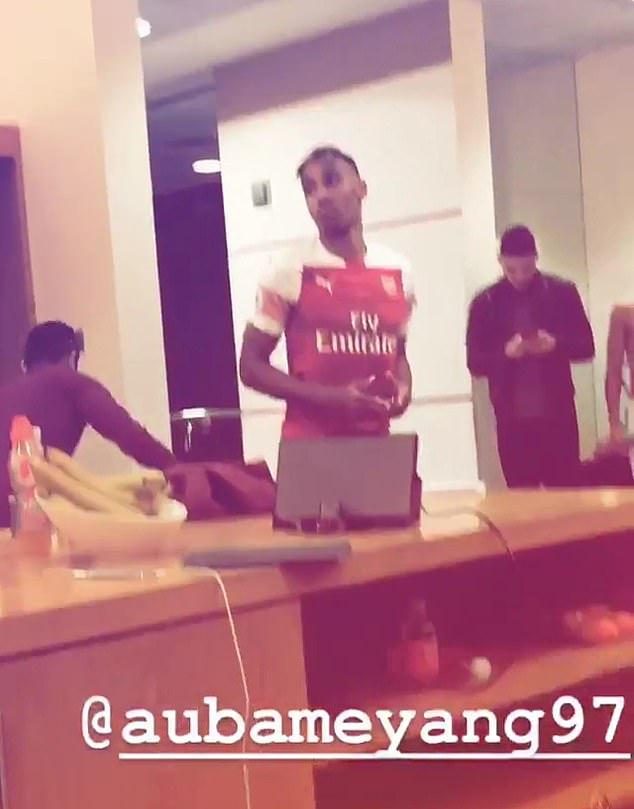 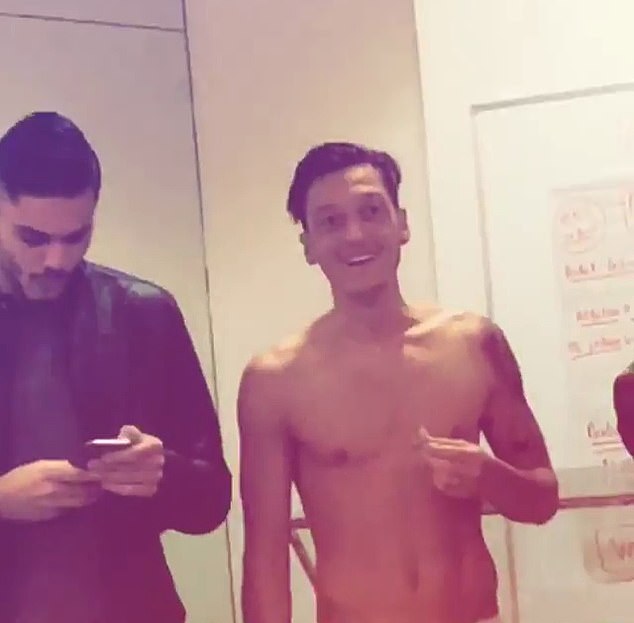 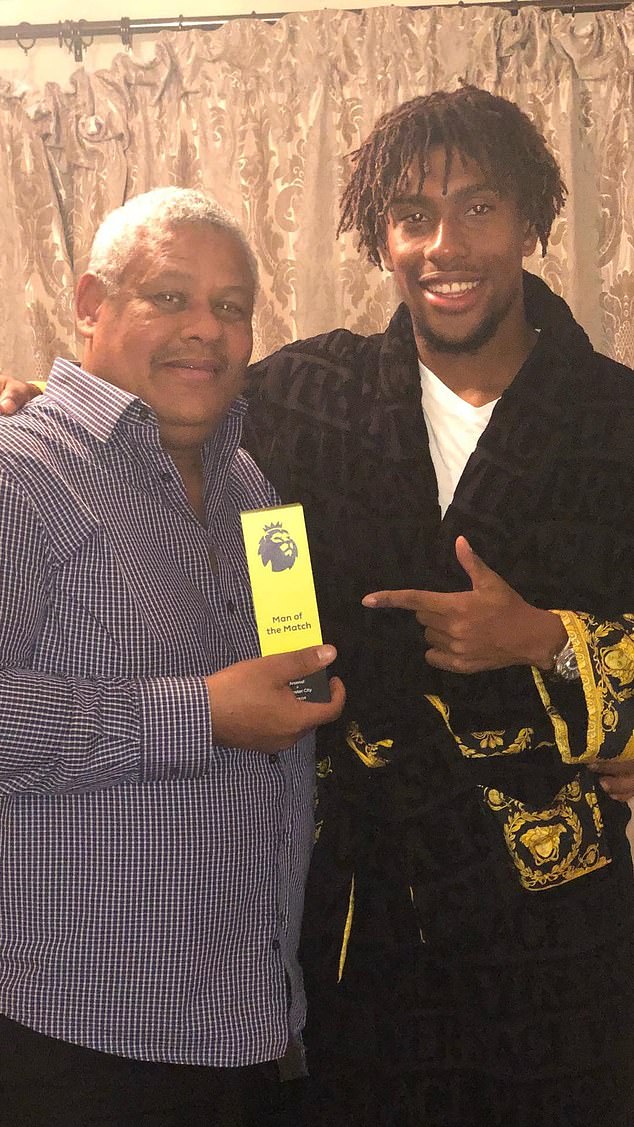 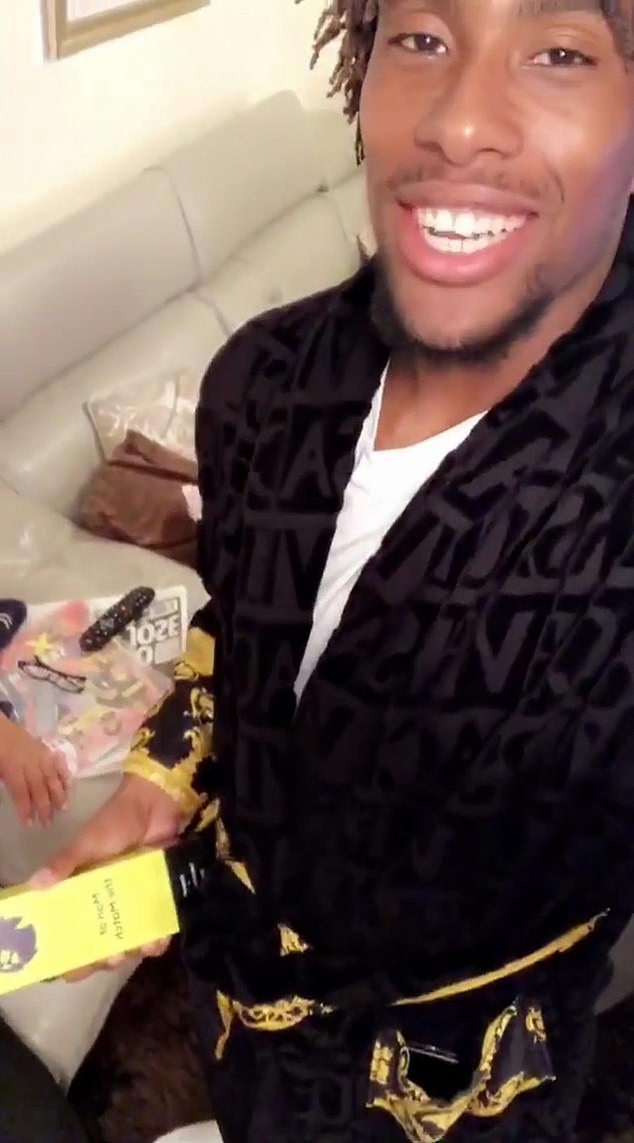 Later on in the evening, Iwobi uploaded another video but this time it was him presenting his father with the Man of the Match prize he received earlier in the evening.

The Nigerian winger produced a fine display to help the Gunners to another victory. Carrying out a mock interview with his father, Iwobi said through laughter: ‘Congratulations daddy, you are man of the match. Any words to say?’.

He joked: ‘Thank you. I had a good game and I was expecting to be man of the match. No apologies to anybody.’

Arsenal will be hoping to continue their immaculate recent form against Sporting Lisbon in the Europa League on Thursday night. The Gunners head to Portugal having already won their opening two games in Group E.

They then return to domestic football next Sunday away at Crystal Palace before hosting League One side Blackpool in the Carabao Cup on October 31. Liverpool are the next visitors to the Emirates with Jurgen Klopp’s title contenders rolling into north London on November 3.