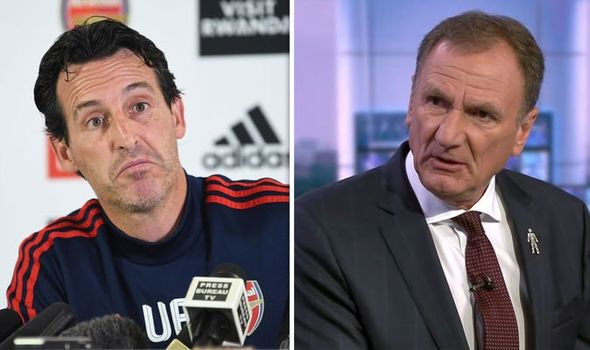 The Swiss midfielder, who has worn the captain’s armband for the Gunners this season, has picked up 27 yellow cards, two red cards and given away more penalties than any other Premier League player since 2016.

He was at fault again in Arsenal’s last top-flight fixture against Tottenham, diving into a dangerous tackle on Heung-min Son.

Harry Kane converted the penalty and put Spurs 2-0 up, with an ensuing salvo from Arsenal salvaging a point.

Much of the analysis after the match focused on Xhaka’s reckless and costly foul, though.

And former defender Thompson, who won seven league titles and three European Cups at Liverpool, is “bewildered” that the midfielder regularly makes it into the starting line-up.

Watching the footage on Soccer Saturday, Thompson comments: “What weekend is this? Because it could be one of any.

“I talk about defenders jockeying… I’d love to get him after a game, get this on a DVD and go: ‘Why?’ 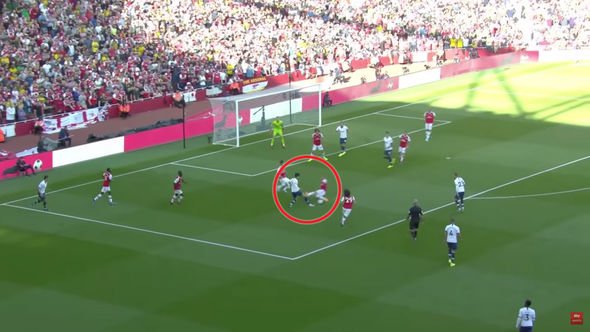 “He does it time and time again, he doesn’t know how to tackle.

“Whether as a young man he’s been taught how to jockey and be in position to make sure you force people [in a direction], he doesn’t. He does this.

“That is just ridiculous. You get back and get in position so that you’re ready to get a shock.