Mikel Arteta will be using the international break to regroup following Arsenal’s embarrassing 3-0 home defeat against Aston Villa. It’s a period that also helped Liverpool and Manchester United recover from two surprise thrashings against Dean Smith’s side and Tottenham respectively, at the beginning of October.

The Gunners recorded an impressive 1-0 win on the road at Manchester United two weeks ago, in a performance that shows just how far they’ve come under Arteta.

Yet they failed to build on that and took two steps backwards last weekend in a display that highlighted one glaring issue.

Alexandre Lacazette is out of form and currently looks way past his best.

Yet despite his lack of goals, he remains a mainstay in the side with Pierre-Emerick Aubameyang shafted out wide. 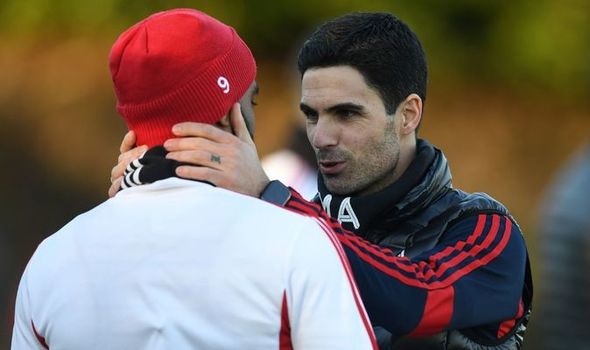 Aubameyang’s goals have also dried up and he has scored just once in the Premier League since the opening day of the season win over Fulham.

He is still Arsenal’s main man but it simply feels like a waste to continue playing him out wide when both strikers are out of form.

Arsenal clearly lack balance in attack and now Arteta must decide if he sticks with his guns or tries something new.

The majority of Arsenal fans have grown frustrated with Lacazette and his alarming dip in recent months. Most would welcome change.

Any decision on an attacking rethink leads to Arteta’s next issue – his formation.

The Spaniard deserves enormous credit for implementing the 3-4-3 system, which won Arsenal the FA Cup just over six months into his tenure.

But at times it appears to limit Arsenal and there is now concern whether they can actually flourish in any other set up.

One of the main reasons it was brought into play was to tighten up the Arsenal backline but that clearly hasn’t worked on the basis of their last performance against Villa. 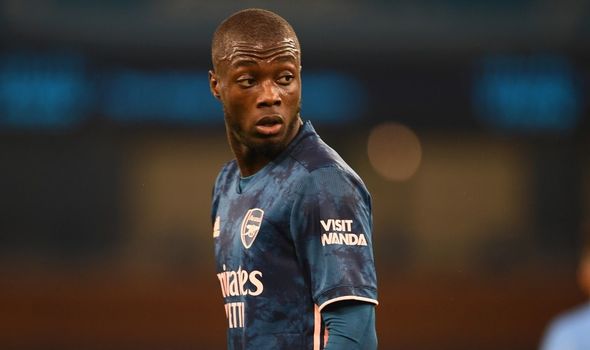 The Gunners have fielded a 4-3-3 on occasions this system, while a 4-4-2 could also be used to accommodate Aubameyang, Lacazette, Willian and Nicolas Pepe.

The Ivorian remains another burning issue for Arteta, following his recent comments that he wants to play football.

He has not lived up to expectations since his £72million move from Lille but he remains determined to prove his worth.

Arteta needs to give up a clear run of games in the side but seems reluctant to do so, with Willian ahead in the pecking order.

Pepe has shown glimpses of his world-class potential but it’s now time for his to step up and show what he is capable of.