‘I think we need to continue with the calm’: Unai Emery refuses to get caught up in title talk despite Arsenal moving two points behind leaders Manchester City after Leicester win

Unai Emery has urged his Arsenal stars to keep calm and carry on after their tenth win on the spin against Leicester City.

A gripping 3-1 win at the Emirates on Monday evening has caused Arsenal, rejuvenated under the Spaniard’s leadership, to be viewed as serious contenders for the Premier League.

They are now just two points behind leaders Manchester City and are playing thrilling football. 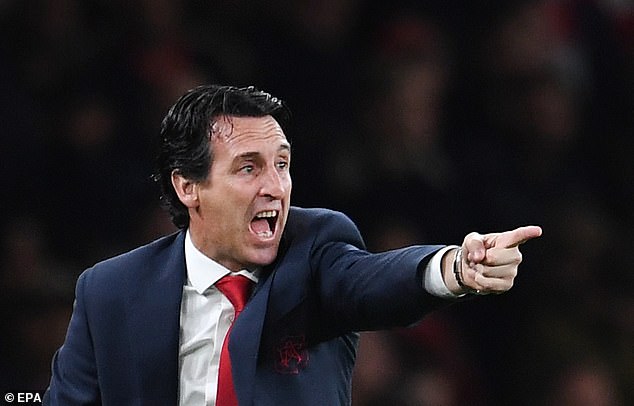 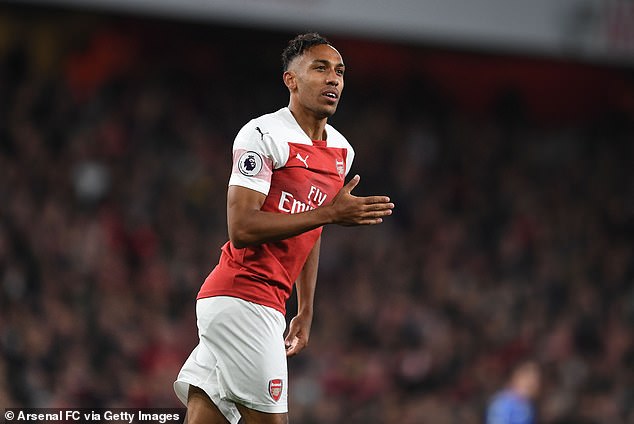 But Emery wants his players to focus on the next Premier League game against Crystal Palace and put the chatter around a title tilt to one side.

Emery said: ‘I think we need to continue with the calm, with thinking each match like a big possibility to continue in our way.

‘And for us, it’s very important today to win against Leicester because they are behind us, but near, and today I think we are creating a big distance for another team that is behind us.

‘And then in front we are looking near other teams like Liverpool, like Manchester City, like Chelsea , but for us it isn’t important for us to think about the end. 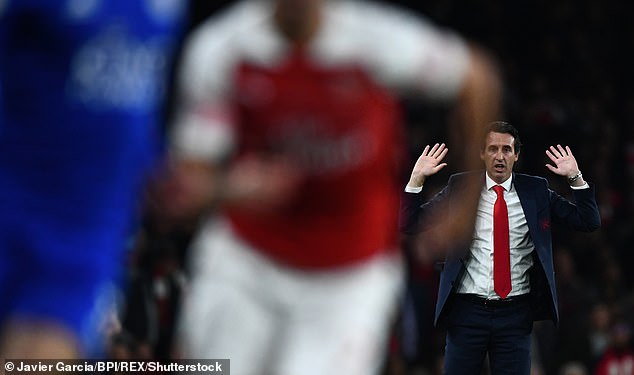 But Emery wants his Arsenal players to put their focus on the next match, not a long-term aim

‘I think we need to think about the next match, against Crystal Palace next Sunday, and also in another competition like the Europa League I think is very important for Thursday.

‘And continuing doing our way, improving, and individually and collectively also working on things, tactical things or individual things, to give them, to help them, to find the best performance. 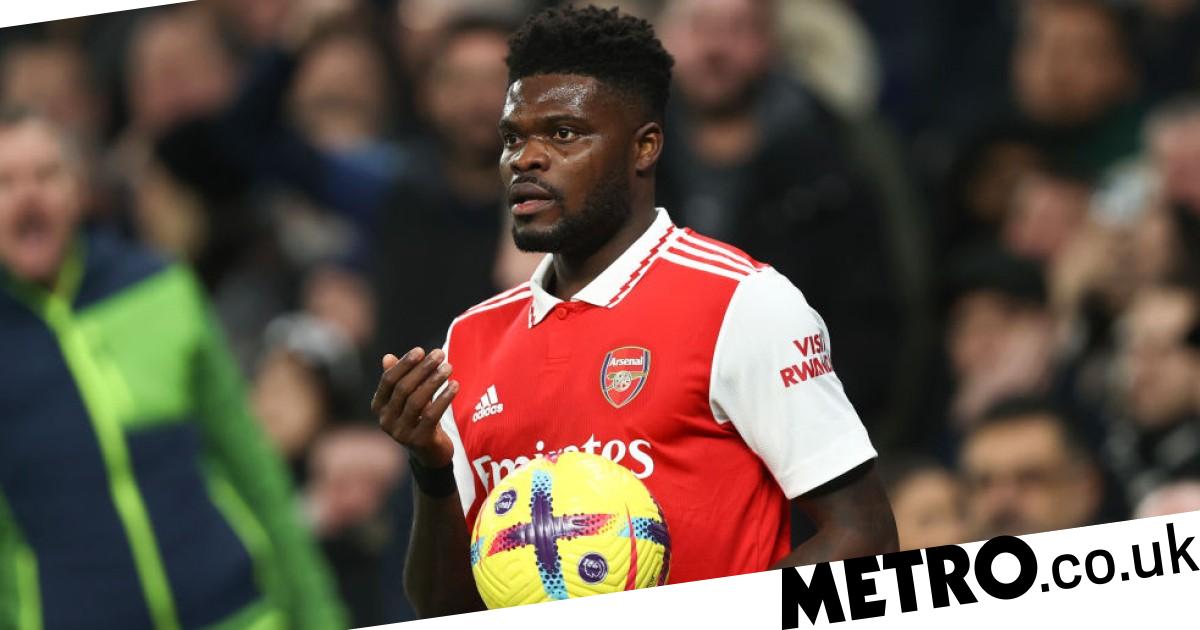