Sergio Aguero’s No 16 ‘Aguerooo!’ shirt from Manchester City’s famous league-clinching win over QPR in 2012 could go for ‘£30,000’ in upcoming charity auction

The Manchester City shirt worn by Sergio Aguero in their 3-2 victory over QPR on the final day of the 2011-12 season will be auctioned next week.

Aguero famously won the game for City in the 94th minute, his goal taking the club level on points with Manchester United and winning the Premier League on goal difference. It was City’s first league title since 1968.

The goal is widely considered to be one of the Premier League’s greatest moments. It prompted Martin Tyler’s famous ‘Aguerooo!’ commentary line, followed by ‘I swear you’ll never see anything like this ever again.’ 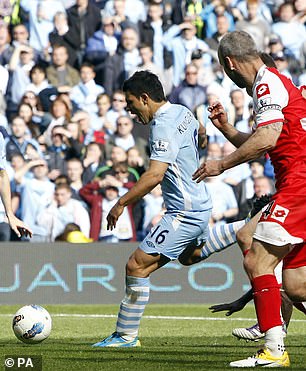 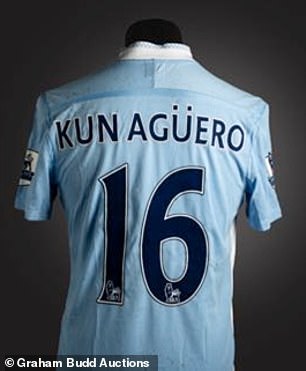 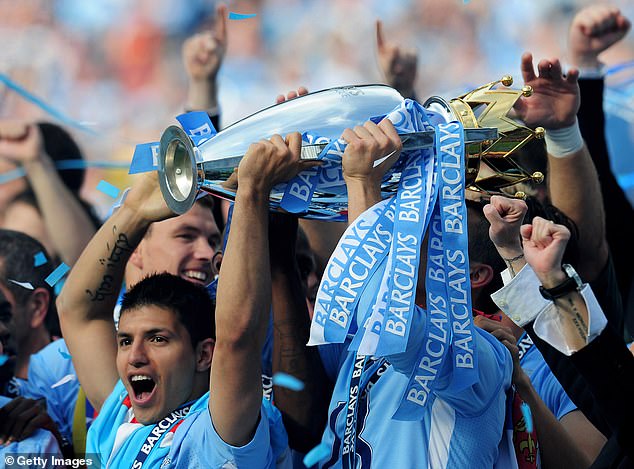 Proceeds will be split three ways between ‘an individual in need of urgent and ongoing medical assistance’, Testicular Cancer UK and the Stroke Association.

The shirt has two letters of provenance and bears a champagne mark from City’s post-match celebrations.

Aguero’s famous goal recently passed its ten year anniversary, which was honoured by a statue of the striker’s celebration outside the Etihad.

Adam Gascoigne, CEO of Graham Budd Auctions, said: ‘We are delighted to be offering this iconic shirt in our Premier League auction.

‘It is one of the most important pieces in the history of the Premier League as Aguero was wearing it when he scored the title clinching goal in 2012.’

‘He is a true legend, so it’s no surprise that the club are celebrating the 10th anniversary of the goal by erecting a statue to him outside Etihad Stadium last week.’