All or Nothing Arsenal: Mikel Arteta delivers dressing room speech

Aaron Ramsdale has elaborated on a phone call with Mikel Arteta that left the Arsenal boss ‘so impressed’. The England international goalkeeper was signed from Sheffield United last summer in a move that provoked a mixed response, but Arteta was seemingly in no doubt about his suitability from the very beginning.

The Gunners raised eyebrows 12 months ago by splashing out a fee that could rise to £30million for Ramsdale. Not all fans were convinced about the youngster, having just suffered back-to-back relegations with Bournemouth and the Blades.

But in Amazon Prime’s new documentary series, ‘All or Nothing: Arsenal’, Arteta revealed that he was sold on the idea of snapping up the stopper after an initial phone call left him ‘so impressed’.

While sitting down with Express Sport and other reporters at London Colney last week, Ramsdale added extra detail on his first chat with the Spaniard amid curiosity around how he left an instant impression. 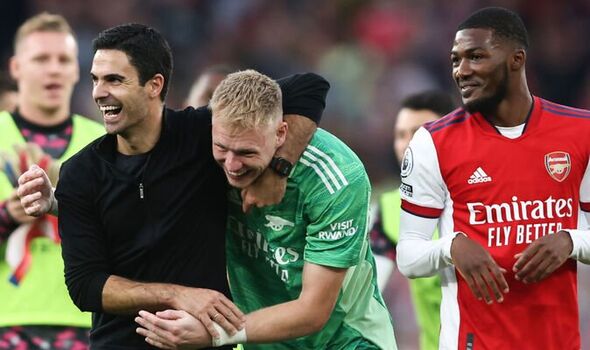 “The first call I had with the boss went very well,” said the 23-year-old. “He was quizzing me on football which was quite easy because of how much I love it. He asked about the family, he personally asked to ring my dad and I still don’t know what that conversation was about.

“To know that the manager wants to find out about your family and trying to find out what I’m like as a person – you could just feel the culture he’s creating at the club. That just shows what type of person he is.

“I’ve never seen it to the extent of having someone’s number and dropping a message every now and then to see if everything is alright. What he is building here, you can see the direction he wants to go in.”

Ramsdale had nothing but kind words to say about the Gunners boss when asked about his man management, tactical know-how and unusual training methods. That much seems natural given that Arteta showed enough faith to make him Arsenal’s No 1 just three matches into last season, weeks after the keeper was sent social media threats that forced him to block notifications from unknown accounts.

The England international is hopeful that the new documentary will open fans’ eyes to the stresses and strains of being a professional footballer.

Unlock access to exclusive deals by signing up for a free Amazon Prime trial. Prime members also enjoy next-day delivery for free, unlimited photo backup to the cloud, access to all shows and films on Prime Video, and tracks via Prime Music. Cancel anytime during the month-long trial period and you won’t pay a penny! 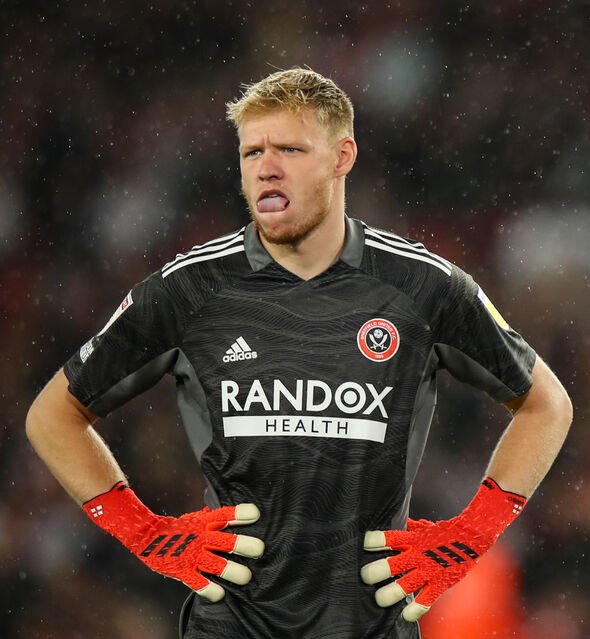 “I hope [the documentary shows] how hard it is to be a footballer,” he added. “It’s one of the best jobs in the world, but one of the worst at the same time. Don’t get me wrong, this isn’t me preaching to ask everyone to feel sorry for us.

“But time away from families, kids, living out of a suitcase, travelling, the stress you put on yourself – one weekend it’s the best job in the world and you’re on cloud nine, the next weekend it’s doom and gloom. I hope the fans get to see that we’re just human.”

All or Nothing: Arsenal launches on Prime Video on Thursday 4th August, with new episodes weekly.