Crisis club Worcester’s Premiership Rugby Cup game against Gloucester on Wednesday is set to go ahead as planned.

It is believed that Worcester are attempting to register a number of players on loan that would help them fulfil the fixture at Kingsholm.

The Warriors team should have been announced at midday on Tuesday, but this has now been delayed. 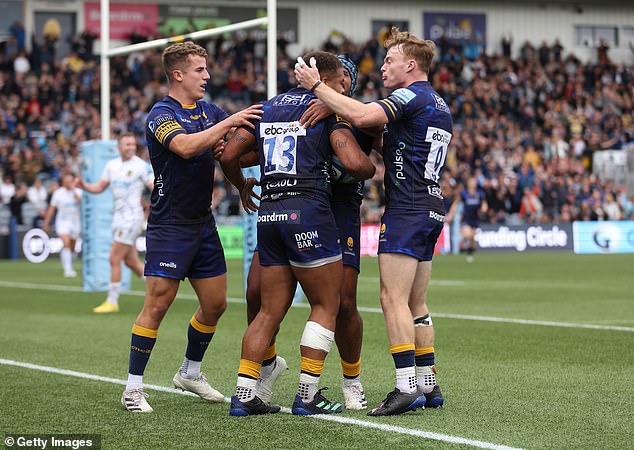 ‘Premiership Rugby can confirm that tomorrow night’s Premiership Rugby Cup match between Gloucester and Worcester will go ahead as scheduled, but that the Worcester team announcement for the match has been delayed,’ the tournament organisers said.

The Warriors’ future remains in serious doubt, although they met last Friday’s deadline for safety certification set by the Rugby Football Union that allowed them to host Gallagher Premiership opponents Exeter on Sunday. 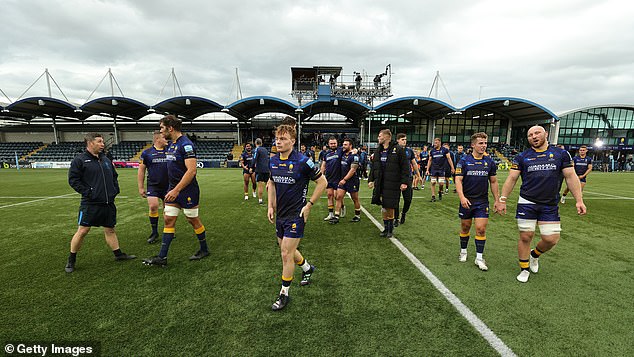 The RFU has said it will continue to work with Worcester’s owners regarding funding and potential takeover proposals.

Debts have spiralled as high as £25million, including a £6m tax bill, while a number of players and staff have yet to receive their full August salaries.

Speaking after losing to Exeter, Worcester rugby director Steve Diamond said: ‘I don’t know how long we can keep going with this as I’ve been informed that negotiations are taking place behind the scenes, but I am not party to them.

‘In the professional era, no director of rugby should be required to deal with such a situation as the players haven’t been paid their August salaries. 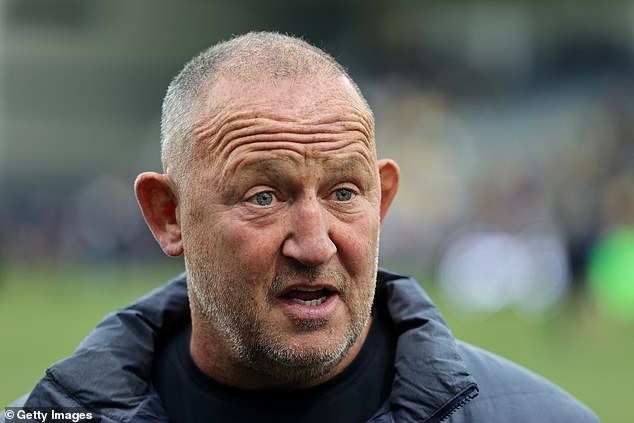 ‘There are limits to how many times players or staff can turn out on goodwill without being paid, and it is impossible for anyone to work without any internet and heating with winter around the corner.’

Worcester staff last week called for a change of ownership at the club and expressed their anger over ‘continual broken promises’ that have left their future in jeopardy.

Warriors owners Colin Goldring and Jason Whittingham have claimed to have agreed terms on the club’s sale, but rugby’s authorities remain unconvinced.

Worcester’s next scheduled Premiership game is against Newcastle at Sixways on Saturday.