THE GAIN LINE: Selling new season will be no cakewalk for RFU and Premiership Chiefs amid strike threats from Billy Vunipola and other England stars

A player backlash could be brewing at Monday’s ‘tea and cake’ meeting at Harlequins. Prop Joe Marler has arranged a sit down with Rugby Players’ Association chairman Mark Lambert to discuss the controversial new season structure.

RFU and Premiership Rugby bosses announced plans this week for an extended season with in-season breaks — despite strike threats from Billy Vunipola and other England stars.

Marler told Gain Line: ‘It doesn’t look great on the face of it but I’m reserving judgement until I’ve sat down with Mark for some cake and a chat. I’ve sent Mark a text. It’s something I’ve voiced my concerns about before.’ 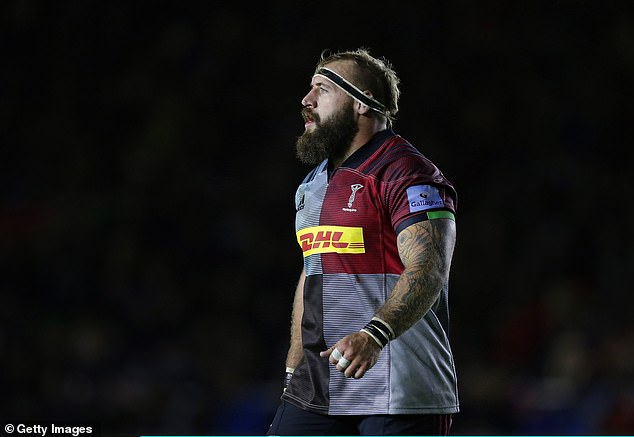 England scrum-half Ben Youngs has moved into racehorses with Newmarket trainer Robert Cowell. The Leicester star has launched the ‘Tigers Syndicate’ and the pair are preparing to buy a horse to race around the Midlands area in the 2019 season. ‘I’m a big Leicester Tigers supporter,’ said Cowell, who has previously enjoyed success with the likes of Prohibit and Goldream. 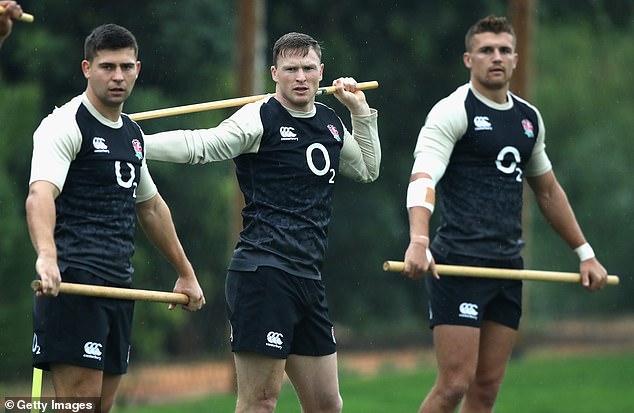 Dollar signs are in the eyes of Premiership chiefs who hope the new season structure helps secure a TV deal worth £160million. The re-jigged calendar will halve the number of weekends when Premiership games are played on the same day as England internationals.

The current four-year TV deal, worth around £40m per year, runs until the end of the 2020/21 season. ‘We’ll be in the market in about a year’s time,’ said Premiership Rugby CEO Mark McCafferty. ‘It’s important to provide broadcasters with some certainty.’ 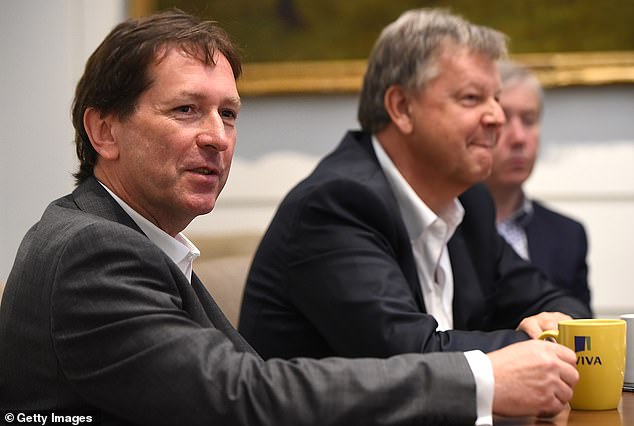 What would Jason ‘The Fun Bus’ Leonard think! ‘Booze-less beer pong’ was on the agenda for England’s team social in Portugal on Wednesday night. With a host of new faces coming into camp, the squad split into pairs to play beer pong with soft drinks, table tennis, pool, blow football and ‘the nails game’. ‘You had to hit a nail into a bit of wood which doesn’t sound much fun, but it was,’ said full-back Mike Brown. ‘I was with Alec Hepburn.’

Sky Sports is in talks to add Jonathan Joseph to its autumn panel featuring James Haskell, Bryan Habana and Sir Clive Woodward. Joseph is out of the series with injury and recently featured on Channel 4’s Champions Cup coverage. Will Greenwood, Maggie Alphonsi, Sean Fitzpatrick and Michael Lynagh are also confirmed — meaning Joseph and Haskell will be the only players without a World Cup winners’ medal! 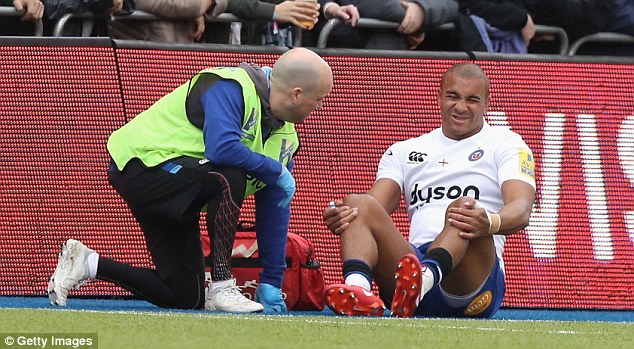 Tomas Francis will stay at Exeter and continue to play for Wales next season, thanks to a loophole. The prop is 27 caps short of the 60-cap quota to be eligible for Wales selection while playing overseas but it is understood that the WRU say his contract extension clause at Exeter forms part of his original deal.