Rugby is crying out for a 'Drive to Survive' Netflix series

CHRIS FOY: Northampton are showing the way for a sport which needs to abandon secrecy and bare its soul to create more box-office appeal… rugby is crying out for a ‘Drive to Survive’ project

Northampton are showing the way for a sport which needs to be more open and innovative, to attract a new audience. The time has come for rugby to abandon secrecy and bare its soul, to create more box-office appeal.

It follows two previous films which focused on Northampton’s quest to reach the 2022 Premiership Final.

These impressive productions by the Saints provide the sort of insight which is too often lacking in a game so used to keeping its true nature hidden away. They should be seized upon as an example of what can be done to raise interest levels outside of the traditional, ageing supporter demographic. 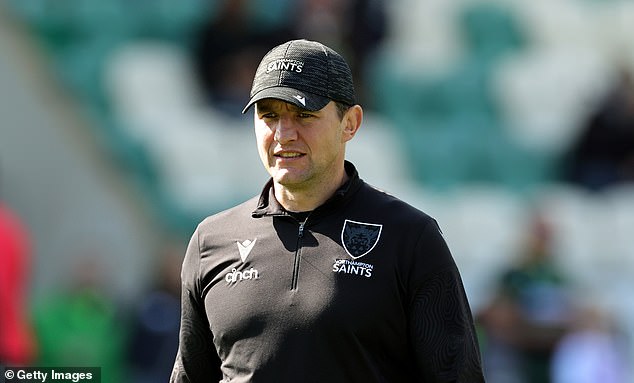 Rugby has to open its eyes to its own potential. The sport has all the ingredients for the sort of documentary series which have become such a familiar staple on the likes of Netflix and Amazon Prime. The uninitiated could become hooked if they were given a glimpse of so much raw human emotion which the game is founded on.

Take people through the door and into those inner sanctums where it is fiery and unvarnished; into changing-rooms before kick-off and after games, to witness the tough talking, nerves and tension, elation and dejection, the physical toll and the collective spirit. Rugby’s confrontational intensity would create no end of compelling content.

Think of all the bitter rivalries, the training-ground fights and all the other warts-and-all elements which are kept out of sight, but could allow the wider public to understand what makes the leading oval-ball protagonists tick. It would reveal so many tales and characters. 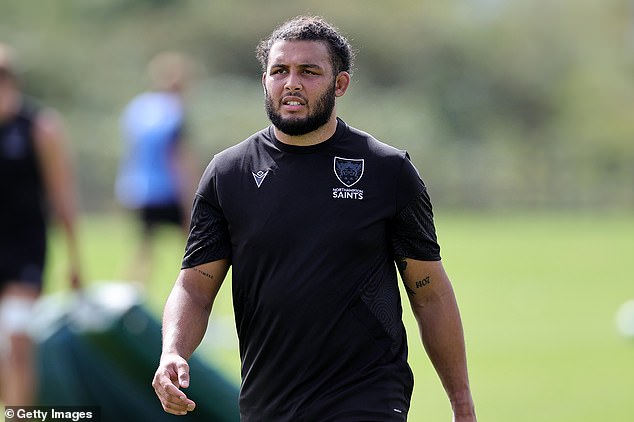 Look at Lewis Ludlam’s fired-up speeches to his fellow Saints in the club’s films for an example of the passionate commitment which would resonate.. Dan Biggar is another prominent voice and the Wales captain is cut from the same cloth, as someone who inspires with his words, as well as his deeds.. There’s plenty of swearing – bleeped out – but that’s the reality of rugby changing-rooms.

The famous Living With Lions documentary from the 1997 tour of South Africa provided the ideal blueprint for this genre, but subsequent versions became too commercialised and sanitised. At least Andy Farrell’s iconic ‘Hurt Arena’ address to the British and Irish squad in 2013 cut through all the branding and polish. Viewers won’t be drawn to content which isn’t raw and real.

Formula One has been transformed by the ‘Drive to Survive’ series and rugby needs a similar boost. It is a mystery why Saracens’ redemption story didn’t end up as a documentary; from relegation in disgrace to a title near-miss on their first season back in the Premiership. That would have been a classic sporting drama.

Let people see the beating heart of the sport and it would take off with a new audience. Rugby needs to sell itself. Northampton are showing the way.

Marcus Smith’s non-appearance at The Stoop for the London derby against Saracens further highlights the farcical problem of fixture congestion – and overlap between Test and club rugby – which continues to diminish the ‘product’ for supporters.

The problem of player availability and vital rest periods is not a new one, and there is no immediate prospect of a solution which allows clubs to operate at full-strength far more often.

The only way to reduce the number of matches, to eradicate the spectre of weakened line-ups, is to find ways for the domestic game to be more financially viable. Sadly, it all comes down to money.

Everyone is scrabbling for their slice of a pie which just isn’t big enough to go round. So there have to be compromises, which means top-end club fixtures are too often blighted by the absence of the marquee players who spectators pay to see.

Perhaps clubs could play less and charge more for entry, but that won’t go do well in the midst of a cost-of-living crisis.

English rugby is not about to embrace a central-contracts revolution, so the reality is that it will continue to blunder along with messy compromises.The problem of player availability and vital rest periods is not a new one, and there is no immediate prospect of a solution which allows clubs to operate at full strength far more often.

These are early days, but Sale are top of the Premiership table with maximum points and they have the credentials to emerge as genuine title challengers.

Alex Sanderson is able to deploy a big, tough Anglo-South African pack which should be a match for any rival unit in the top division and the Sharks recruited well, with the addition of Jonny Hill and Tom O’Flaherty from Exeter.

Crucially, they are functioning well without another new signing, George Ford, and his belated availability in December or early January should give them fresh, mid-season impetus.

In the mean-time, having the England fly-half around – with all his game-management nous – will be like acquiring another pedigree attack coach. It is no shock that, with Ford’s added input, Sale appear increasingly savvy and clinical. 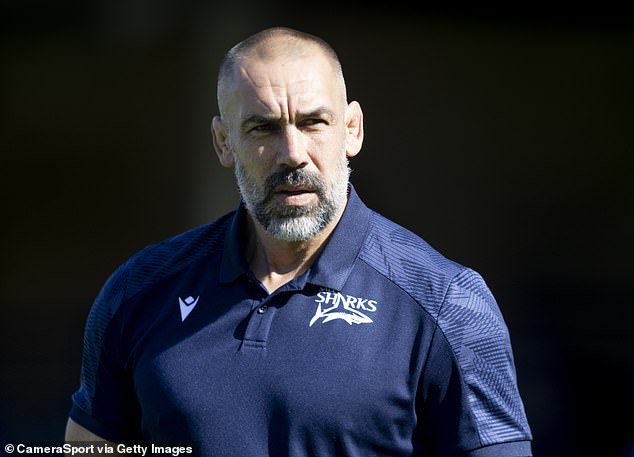 Leicester will miss Nemani Nadolo when he leaves later this year, to join the Waratahs in Sydney. His two tries and assist against Newcastle at Welford Road on Saturday were another demonstration of his formidable attacking presence.

There are not too many more daunting sights for any defender than the 20st Fiji wing approaching at full throttle, but the 34-year-old is a genial giant and a popular figure in the sport – and he’ll be missed for that reason too.

Last season, Nadolo’s humble nature was apparent when he turned up to take part in training at local, lower-league Leicestershire clubs Birstall RFC and Quorn RFC. When he touched down against the Falcons, he celebrated with a gesture towards the home fans which emphasised that they will see his full commitment to the Tigers until the day he leaves.

By then, he might have helped Chris Ashton become the league’s first try-scoring centurion, after setting up the former England wing for No 96 on Saturday. If Ashton keeps following Nadolo around, he will reach three figures in no time.

Nigel Owens has voiced support for French referee Mathieu Raynal and hopefully the Welshman’s intervention will balance out so much noisy outrage Down Under.

Australia were denied victory over the All Blacks in Melbourne last Thursday when their fly-half, Bernard Foley was penalised for time-wasting as his side strove to protect a narrow lead.

From the attacking scrum they were awarded, the Kiwis snatched victory with a Jordie Barrett try. Raynal has been castigated, but he was absolutely right with his decision, after repeatedly urging Foley to play on. 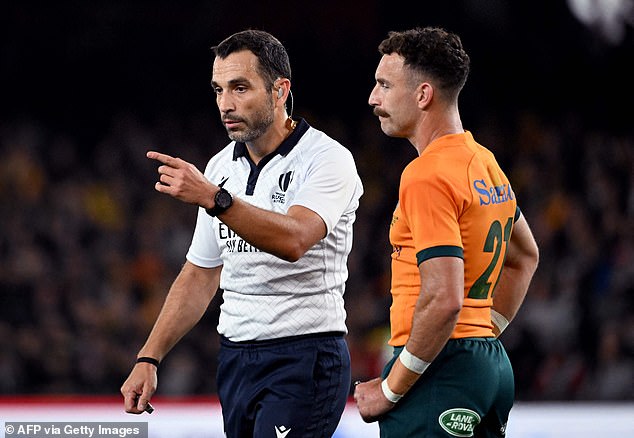 The reaction of other Wallabies made it quite clear that they knew their playmaker was at fault. Time-wasting is a blight on the game and must be eradicated. There is not enough ball-in-play time and there is far too much cynical stalling.

Raynal’s actions were criticised as harsh and unprecedented, but they must actually serve as a vital precedent for consistent action on this critical issue. The official deserves credit for taking an important stand, not damnation from one-eyed pundits.

Now, the Rugby Championship is heading for a grandstand finish and if Australia can harness their sense of injustice at Eden Park on Saturday, they might just put up enough of a fight to allow the Springboks to take the title hours later in Durban.