Racing 92 vs Edinburgh result: French side cruise to seven-try win over visitors to book last-eight spot

Racing 92 became the fourth French team to reach the quarter-finals of the Heineken Champions Cup with a seven-try 56-3 home win over Edinburgh.

Last year’s beaten finalists dominated the first-half, enjoying 76 per cent territory and 71 per cent possession, and crossed for two tries to take firm control before booking their ticket to travel to face the Bordeaux-Begles, after they later beat the Bristol Bears to become the fifth French team in the last eight.

Edinburgh almost got off to the dream start, but somehow managed to blow two great try scoring opportunities in the opening three minutes.

Having regained Blair Kinghorn’s towering kick-off they worked space wide out on the right for full back Damien Hoyland, but Duhan van der Merwe’s pass to him on a clear overlap 20 metres out did not hit the target.

Then a slight knock-on by Jamie Ritchie after Grant Gilchrist had won a line-out on the home 22 wrecked any hopes his centre James Johnstone had of celebrating a defence-splitting run that took him clean through to the posts. The knock-on was picked up when the TMO checked the origin of the move.

Having missed the chance to take the lead, the visitors then saw Maxime Machenaud punish them with a long-range penalty for a breakdown offence in the eighth minute to opening the scoring.

Kinghorn levelled five minutes later after Six Nations player of the tournament Hamish Watson had driven to the edge of the Racing 22 and won a penalty.

Machenaud then hit the upright from 45 metres midway through a tight first-half and it took a magnificent jackal by Ritchie at a ruck two metres out from the Edinburgh line to save what seemed a certain try.

When the first try came it was from the outstanding French hooker Camille Chat, who powered over from a metre out to crown an incredible start by him in the opening 26 minutes. He was like an unstoppable train with ball in hand and his try was converted by Machenaud.

Machenaud’s third penalty extended the lead to 10 points just before the break, although there was a price to pay for the home side as they lost skipper Henry Chavancy with a serious shoulder injury. 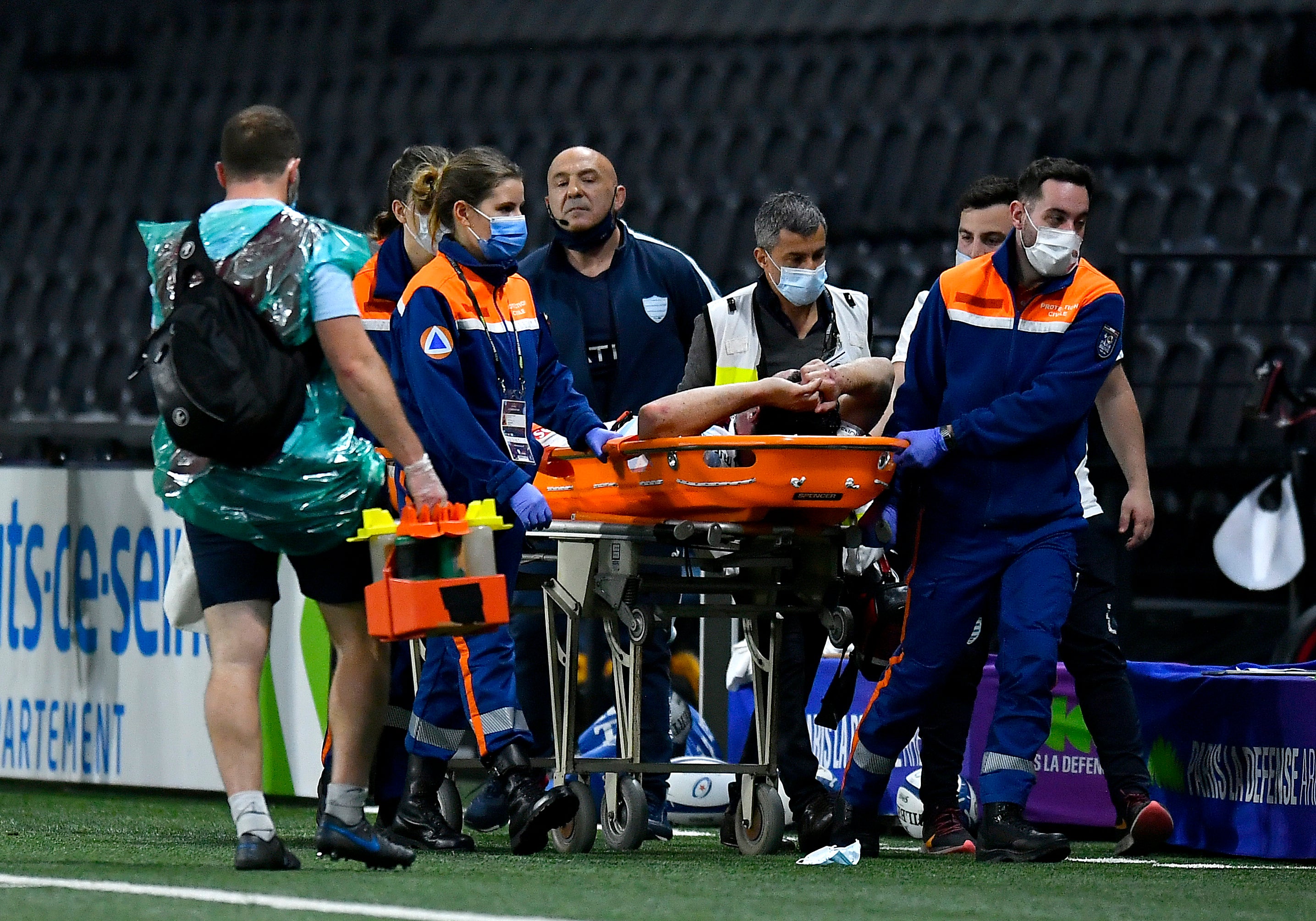 Machenaud then took his first-half tally to 15 points with a try in support of a wonderful break down the right – and then popped over the conversion.

Edinburgh ended the half as they had begun it, by threatening the Racing line, but when the outstanding Watson was held up, Luke Pearce’s whistle meant the Top 14 outfit went to the dressing rooms at La Defense Arena with a 20-3 interval lead.

The helter-skelter rugby continued in the second half, although it took 16 minutes before Antoine Gibert extended the home lead with a penalty off the 10 metre line having missed from similar range earlier on.

Jordan Joseph powered over for a third try in the 62nd minute and then the Georgian prop Guram Gogichashvili followed suit.

Teddy Thomas then streaked clear from the half-way line and added a second minutes later.

Francois Trinh-Duc then scored a seventh try to round things off as Racing made the last eight for a fourth year in a row.