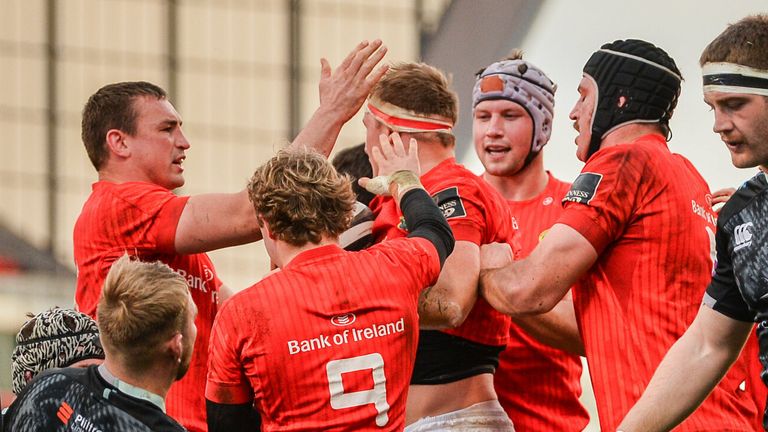 Ryan Conbeer made it three tries in two games as Scarlets’ swashbuckling attack earned them a win over Connacht in heavy wind and rain at the Sportsground on Saturday.

The former Wales U20 international ran in two tries in the first half as the Llanelli-based outfit led 13-7 at the interval, with Abraham Papali’i having responded for the hosts with a converted try.

Dane Blacker’s 43rd-minute breakaway effort, converted by Dan Jones who kicked a penalty earlier in the game as well, proved enough to secure Scarlets the win which moved them up to second in Conference B.

Blacker’s converted score had put the Welsh side into a 13-point lead, but Connacht mounted a fightback and replacement Kieran Marmion knocked on close to the line.

All-action flanker Paul Boyle sparked some of their best play and lock Ultan Dillane drove over from close range on the hour mark, followed by Jack Carty converting. 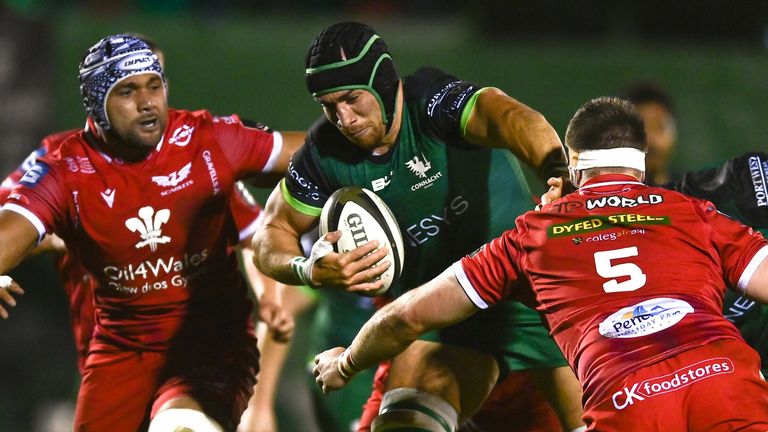 Connacht had enough pressure to force a third try late on, but replacement Denis Buckley knocked on close to the line under pressure from Uzair Cassiem as Scarlets hung on for their first victory in Galway since April 2017.

Hat-trick hero Gavin Coombes was in unstoppable form as Munster recorded a win over Ospreys at Thomond Park on Sunday.

The Skibbereen youngster starred as Johann van Graan’s men collected a bonus point to go eight points clear at the top of Conference B.

Munster built a 24-10 half-time lead with converted tries from No. 8 Coombes, Mike Haley and Kevin O’Byrne cancelling out an early Luke Morgan effort.

After grabbing a second try during Morgan’s sin-bin period, Coombes completed his hat-trick in the 53rd minute. It was five tries to three in the end, with Ospreys forcing a late penalty try to add to Dewi Lake’s maul score.

Ospreys bounced back from Bradley Davies’ departure with a shoulder injury to take the lead through Morgan’s try which was converted by Stephen Myler, but from that point on Munster were in control. The hosts lost their way late on though and the Welsh side rallied with Lake’s score and a penalty try from a scrum following Jack O’Donoghue being sent to the sin-bin.