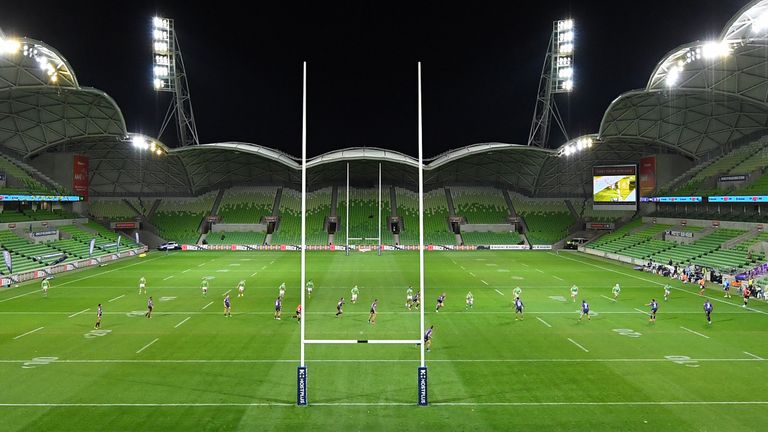 The Melbourne Rebels have been forced to look at venues outside Victoria for their home Super Rugby AU match against the Reds on July 10 due to strict new quarantine measures on sports teams.

Australia recorded its biggest one-day rise in novel coronavirus infections in more than two months on Monday with Victoria, of which Melbourne is the capital, accounting for 75 of the 85 new cases.

Queensland, which reported no new cases, immediately imposed a 14-day quarantine requirement for any sports team from the state which played against a Melbourne side or in the city.

The Rebels were scheduled to host the Queensland Reds on July 10 in the second round of Super Rugby AU, which kicks off this weekend to relaunch an Australian season suspended in March by the COVID-19 pandemic.

Anticipating the possibility of such a move by Queensland, the Rebels relocated to Canberra last Friday for their opening round match against the ACT Brumbies.

“By July 10, all Rebels players and staff will have been out of Victoria for the required 14 days to ensure that the Reds do not require to quarantine upon their return to Queensland after the match,” a club statement read.

“The Melbourne Rebels can confirm that we are currently evaluating alternative venues in NSW (New South Wales) to host our Round 2 match against the Queensland Reds.”

The club said the 50 players and coaching staff in the party have been undergoing “periodic COVID testing” with no positive results so far.