Courtney Lawes underwent solo fitness tests on Tuesday as the forward stepped up his bid to be fit for the upcoming autumn internationals.

England face South Africa at Twickenham on Saturday before Tests against the All Blacks, Japan and Australia.

Eddie Jones’ side are currently in the Algarve enjoying a warm-weather training camp. 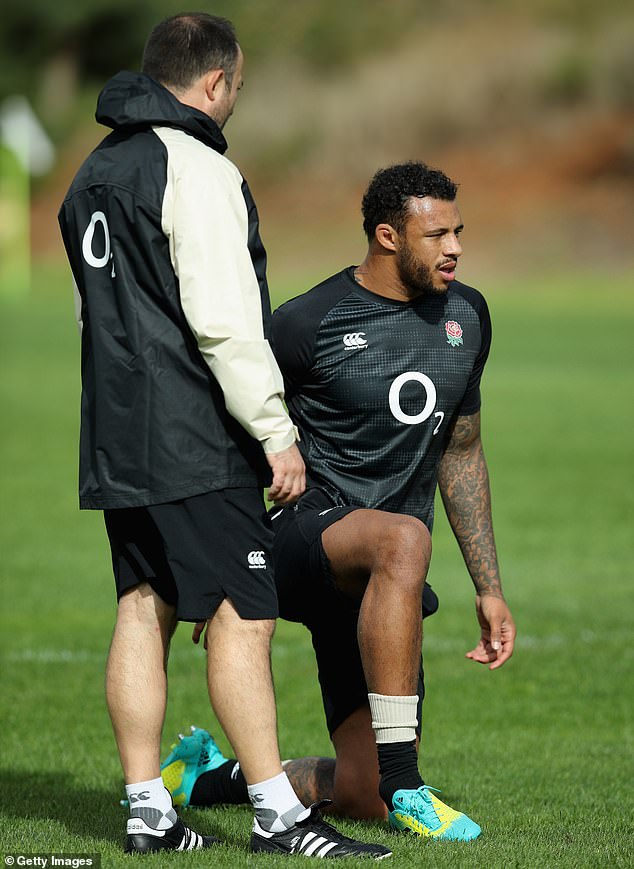 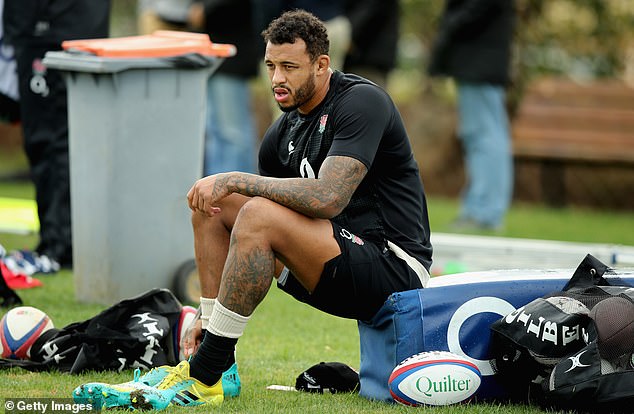 The forward, a fitness doubt for the upcoming autumn internationals, has had a back injury 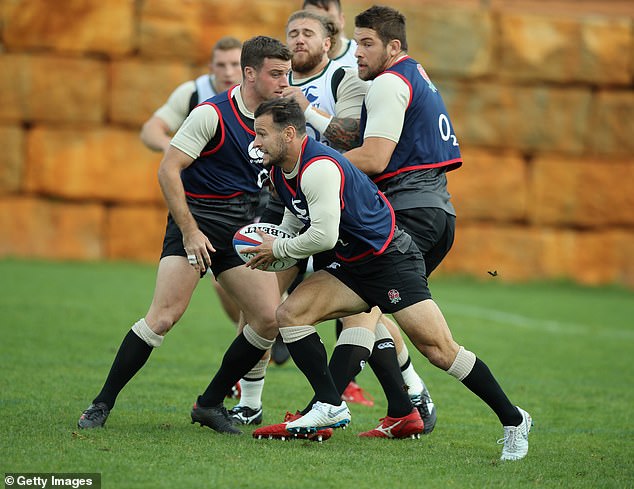 And as Owen Farrell, Dylan Hartley and Co stepped up their preparations for their clash with the Springboks, Lawes was forced to train alone.

The destructive forward is a doubt for the Twickenham showdown after suffering an injury to his back that required him to be sent home from Portugal last week for specialist treatment.

Lawes has since been reunited with the rest of his team-mates but he remains a way off full fitness. 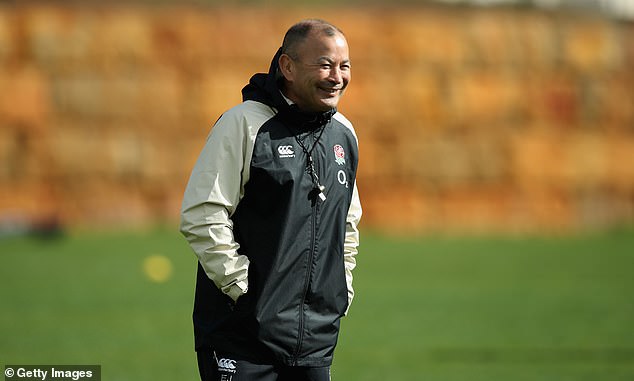 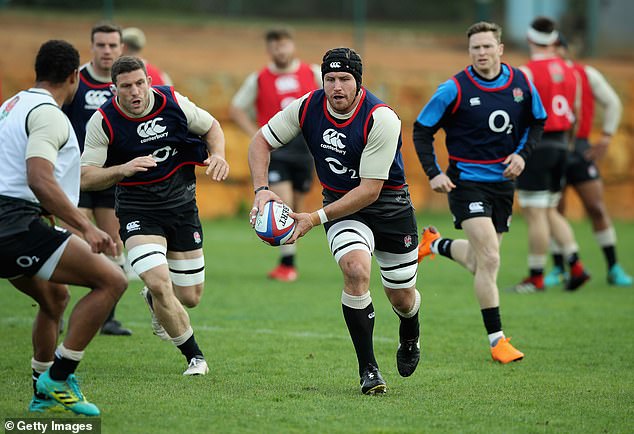 No 8 Ben Morgan, who has earned a recall to the Test side, runs with the ball during training 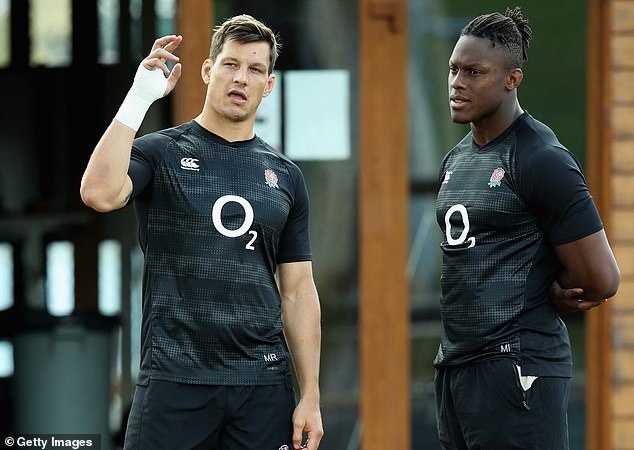 Meanwhile, the rest of England’s squad were put through their paces by Jones as the crucial autumn series edges closer.

Farrell, Danny Care, Ben Morgan and Hartley were among those to train in the Algarve as Jones’s side look to bounce back from a disappointing Six Nations.

England finished fifth in the battle of the European powerhouses and now face an acid test against the best of the southern hemisphere just a year out from the World Cup.

Solo fitness tests for Courtney Lawes while the rest of the #England squad train on the next pitch here in the Algarve. pic.twitter.com/c9QNWZ9dXa 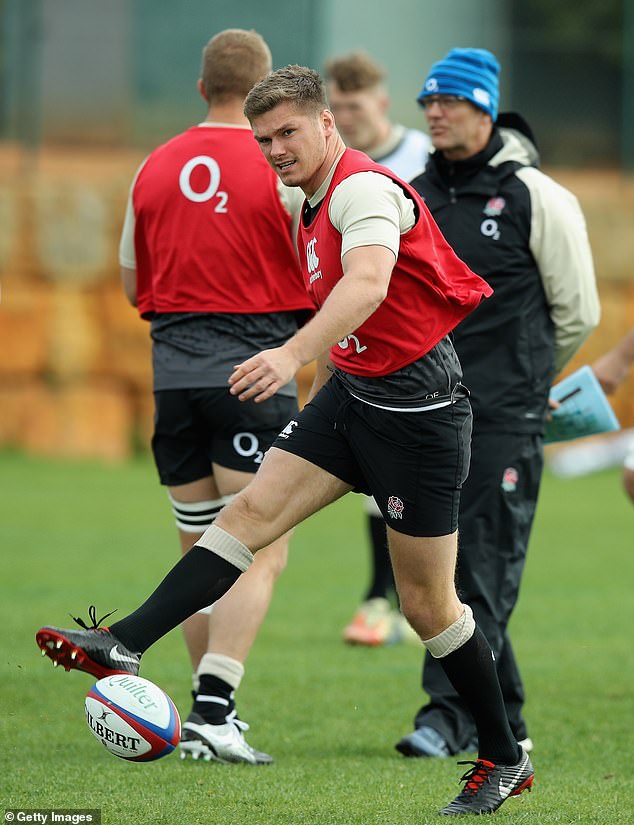 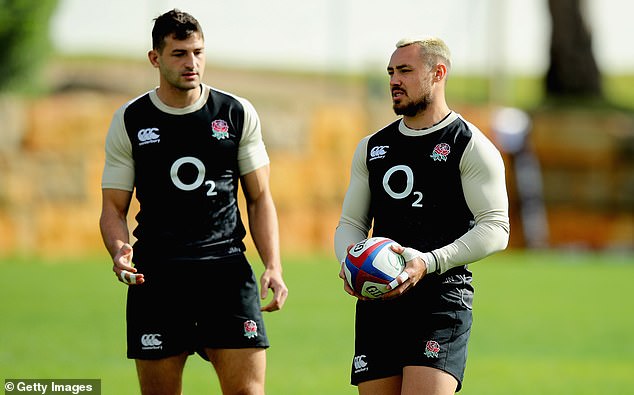