In 324 days’ time, Ireland will run out at the Yokohama International Stadium to face Scotland in their Pool A opener at the World Cup in Japan.

The All Blacks are coming to town in a few weeks and there is the small matter of a Six Nations title to defend but make no mistake about it, everything going forward will be geared towards next year’s World Cup.

That journey begins this Saturday against the Azzurri at Soldier Field, the scene of Joe Schmidt’s greatest triumph against the All Blacks this time two years’ ago. 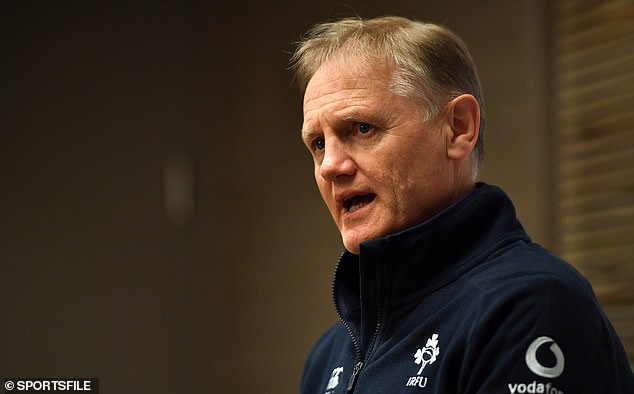 Ireland’s head coach has set his stall out with an intriguing matchday 23 for this weekend’s clash in Chicago. There are first starts for Jordan Larmour and Tadhg Beirne. Both players can fill multiple roles and look sure bets for that 31-man squad heading to the Far East next September but the pair have an opportunity to prove to Schmidt that they’re starters.

In the injury-enforced absence of Rob Kearney, Larmour gets his first shot at filling the full-back shirt, on his seventh appearance for his country. He has made some impressive cameos in the past 12 months but now he has to prove he is the full package.

Larmour is undoubtedly the most exciting broken-field runner in the country but his positional play, defence and high-ball skills will be forensically examined by the Ireland boss.

‘His cameos during the Six Nations and in Australia were really promising, including some impressive involvements on the ground and in the air,’ said Schmidt on Thursday.

‘The catch he took in the last few minutes in the third test in Australia was superb, despite competing with one of the best in the business in Israel Folau.’ Ireland are blessed with an array of superb locks but Beirne will look to break up the established order of James Ryan, Devin Toner and Iain Henderson. 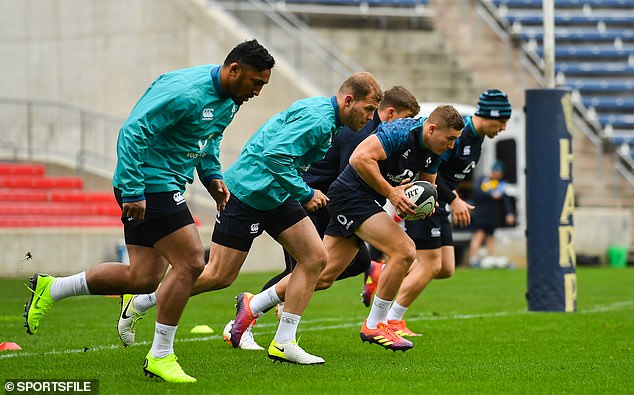 The 26-year-old arrived at Munster from the Scarlets in the summer with a huge reputation on the back of countless man-of-the-match awards as well as being named the PRO14 Players’ Player of the Season.

His freakish ability to win turnovers on the deck offers a real point of difference and the Kildare native has a big chance to wrestle his way into the reckoning for the marquee Tests and Argentina and New Zealand later this month.

‘Tadhg’s continued at Munster, where he left off at Scarlets,’ said Schmidt.

‘He’s shown the same impressive work rate, he’s been smart and combative at the breakdown and he’s carried well. He did a good job coming off the bench twice in Australia so we’re looking forward to seeing how he goes in a starting role. It’ll be tough with the physical nature of the Italian back five but that’s ideal in a lot of ways.’ It’s also a big opportunity for Joey Carbery. This is his third time playing for Ireland Stateside. He made his debut against the All Blacks at Soldier Field when he replaced a stricken Johnny Sexton late in the game and guided Ireland home with impressive maturity.

He made his second start at No10 against the US Eagles in New Jersey in the summer of 2017 where he mixed some sublime attacking play with some naive game management, twice getting charged down and handing soft tries to the home side.

He has enjoyed further starts against Fiji last November and against Australia in Brisbane the following summer and now he has the chance to prove he is the real deal at No10. 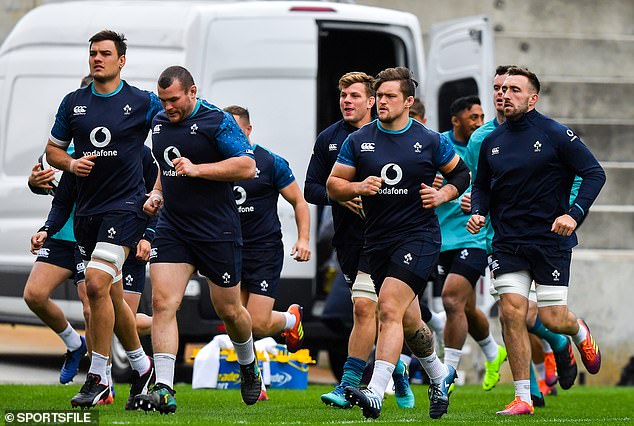 Much has changed in his career since he strolled onto the pitch against New Zealand in Chicago as a fresh-faced 21-year-old with less than 12 months of professional rugby under his belt.

Schmidt played an central role in convincing Carbery to leave a Leinster and head down the M7 to join Munster in the summer. The net result has been notable.

‘Joey’s an affable character and a fierce competitor so it’s not overly surprising that he’s fitted in well at Munster, especially because he knew so many of the players before he went there,’ said Schmidt.

‘His running game is a strength as is his work ethic. At the same time, being new in an environment and having to run the game is a challenge but he seems to be getting increasingly comfortable with it.’ The shadow frontrow of Jack McGrath, Niall Scannell and Andrew Porter have been offered the chance to test themselves against the Italians. It says everything about Ireland’s strength in depth that Cian Healy, Rory Best and Tadhg Furlong have been given the weekend off. Quinn Roux has been given the nod to start alongside Beirne at lock and will call the lineouts on Saturday.

The pack is completed by the all-Leinster trio of skipper Rhys Ruddock, Josh van der Flier and Jack Conan. Peter O’Mahony is continuing his rehab from a shoulder injury so this a chance for Ruddock to stake a claim for that hotly-contested blindside spot.

All in all, it’s an exciting looking side brimming with attacking intent with Ross Byrne and Will Addison primed for their debuts off the bench. Many will argue that there is little at stake but Schmidt and his players know better.