JOE MARLER: Jamie George made all the difference in game-winning scrum

By George! England big man Jamie made all the difference in match-winning scrum against South Africa

England’s front-row union will enjoy their tea and cake(s) when they watch back their match-winning scrum in the 73rd minute.

It’s always a beautiful moment when you see the opposition’s sweaty, smelly heads pop up – especially when everyone has been writing you off all week.

Ben Moon and Harry Williams made a difference when they came on, but the key man for me was Jamie George. 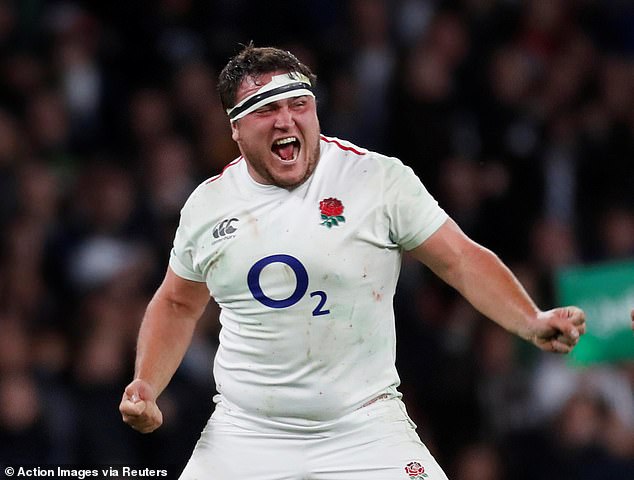 His ability to transfer his gargantuan weight and giant head, combined with his ability to stay down, is what enabled them to win the penalty from Angus Gardner.

There’s almost a tonne of pressure in the South African scrum and any slight movement in the front row can shift that momentum.

In the key scrum, the South African tight-head came in at the angle to try to put some pressure on Jamie.

The scrum was half-stable but then it started to turn in to make something happen, but that opened up his ribs and allowed Moony to get at him and drive straight across to win the penalty.

It’s always a risk when the tight-head goes in at an angle and this one backfired for the Springboks. 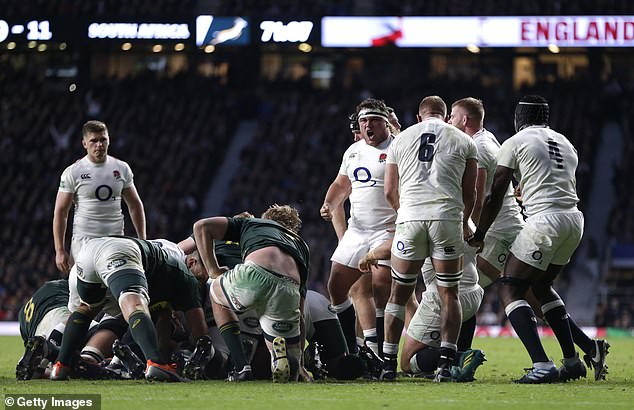 I had picked out Kyle Sinckler versus Steven Kitshoff as my key battle and I thought Kyle was unbelievable in the loose.

Sinckler did well to keep Kitshoff low at the scrum, but at times the Springbok showed his strength by driving up and across towards Dylan Hartley.

Kyle’s soft passing was excellent and at one point he threw a left-to-right miss pass. He’s working on his scrummaging but he has so much X-factor. 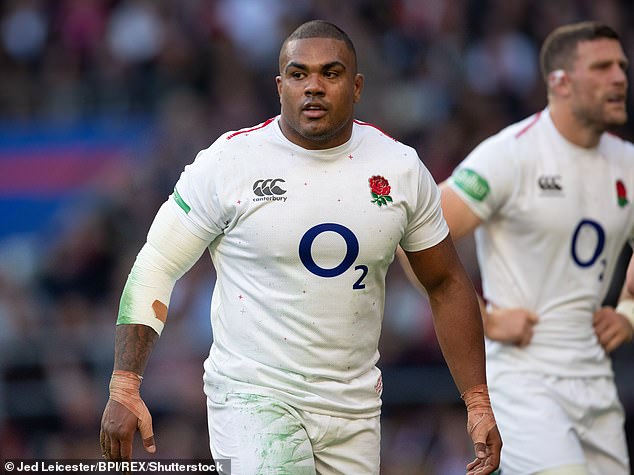