Destroyer in chief Manu Tuilagi can be England’s missing link

Destroyer in chief! Manu Tuilagi is finally fit again and can be England’s missing link in midfield

There is tangible excitement within the England squad this week, about an X-factor comeback. At last, Manu Tuilagi is primed for a Test return and his team-mates can’t disguise the mood of anticipation.

Leicester’s 27-year-old centre hasn’t played for his country since March 2016 and his last start was way back in June 2014, due to a demoralising sequence of injuries.

It now appears increasingly likely that he will start against South Africa on Saturday, in England’s opening Quilter Test of a four-match campaign at Twickenham. 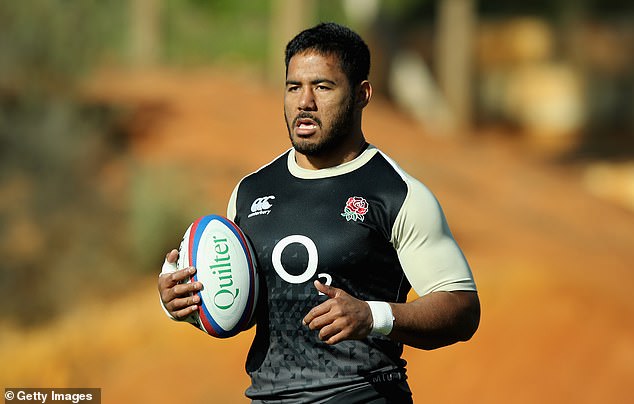 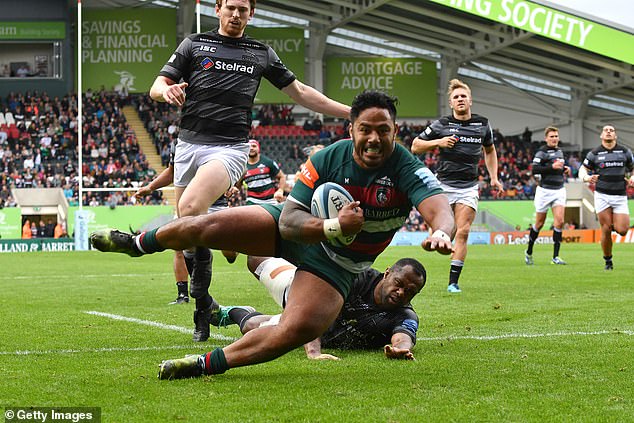 Fellow Tiger Ben Youngs captured the mood before yesterday’s afternoon training session here in the Algarve, saying: ‘People are getting excited about Manu being back in the squad and people are right to be excited. He is a game-changer. Before he had such a terrible run of injuries, if you look back to 2013, he was tearing down trees.

‘We saw him the other week against the Scarlets, the damage that he created. That performance has done his confidence the world of good. Everyone has been watching him, waiting for it. He just grabbed the game by the scruff of the neck and I was so pleased for him. Everyone thought, “He’s back”.

‘Now we’ve got to be smart in how we use him. He’s going to attract defenders so we can either use him as a decoy or as a punch guy for us. It’s really exciting.’

There was also a resounding tribute from co-captain Owen Farrell, who said: ‘He is pretty unique. He is a game-breaker, in terms of making something happen out of nothing, so obviously that is exciting.’

Experienced full back Mike Brown added: ‘Manu is such a special player. He is unique and we need those sorts of players if we want to win the World Cup. He is such a powerful man with an off-loading game and an ability to cause havoc.’ 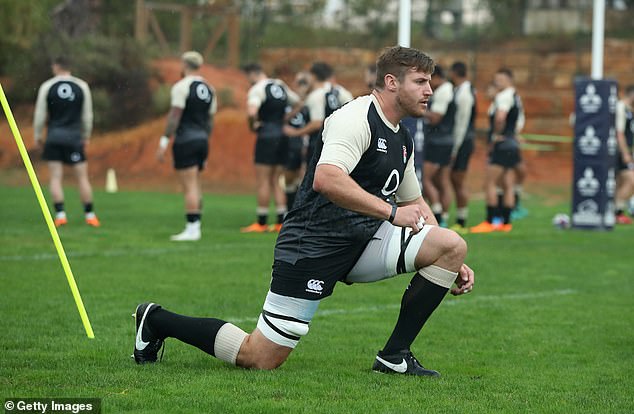 Recalled Gloucester No 8 Ben Morgan was in the same England side as Tuilagi when the centre was the star man back in December, 2012, as Stuart Lancaster’s men stunned the All Blacks at Twickenham. He said: ‘He’s a fierce competitor and a hard man to stop, we’ve seen that in the Premiership. He can be absolutely destructive and I’ve got fond memories of playing with him.

‘He is a wrecking ball when he gets going like that. He is so explosive and it’s great to see. To know we have a threat like that is great for us and I’m sure the opposition are wondering how they’re going to deal with it.’

South Africa are stepping up their preparations, knowing that Tuilagi will make England a very different proposition to the team they beat 2-1 four months ago.

Springbok head coach Rassie Erasmus said: ‘We played against him when I coached Munster and he’s definitely a threat. He brings aggression, directness, physicality and intimidation into the English team. It will be a challenge.’

South Africa fly-half Handre Pollard added: ‘If Tuilagi comes into the midfield it brings a whole new dimension. That adds a lot of physicality — something we didn’t face in June, when it was more of a playmaking and passing game. We’ll see once the team is announced. We’ll know from that what they are trying to do.