Coronavirus: Worcester vs Harlequins off as several Quins players have to self-isolate Harlequins’ Gallagher Premiership clash at Worcester, due to take place on Friday, has been cancelled due to the London club’s inability to field a full front row as a result of contact tracing for coronavirus.

Quins returned a positive test for Covid-19 after their Boxing day defeat by Bristol and now an additional six players have been forced to self-isolate, whittling down their options at prop and hooker.

“In accordance with PHE guidelines, the seven players will now go into a 10-day isolation period,” a Harlequins statement read.

In addition, Harlequins have also stood all players down from training for a week in order to “minimise the use and possible contamination of the training facility, such is the need to protect the health and wellbeing of players and staff”.

A Premiership Rugby panel will determine the allocation of points, which under the current regulations will see Worcester awarded four points and Quins two on the grounds they are responsible for the cancellation.

“We would never cancel a match lightly, as we understand the consequences, but we will always put health and safety first,” a Premiership Rugby spokesperson said.

“Neither Premiership Rugby nor the club will be naming any of the players or staff involved and we’d ask everyone to respect their privacy.” 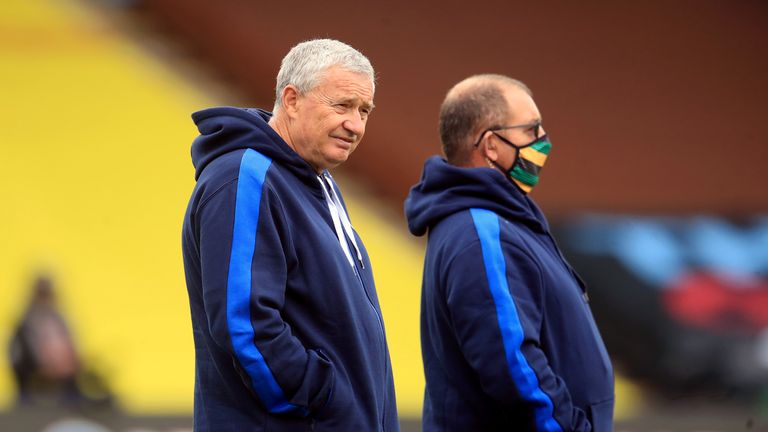 ‘Too soon for Premiership Covid-19 break’

Northampton director of rugby Chris Boyd believes it is too soon to consider introducing a break to the Gallagher Premiership due to the escalating coronavirus crisis.

Saints will be without three players for Sunday’s trip to London Irish after returning one positive from the latest round of testing, with another two members of the squad isolating as part of contact-tracing procedures.

It comes after two of the six round-five games were cancelled because of outbreaks at Leicester and Irish, while two of the previous weekend’s Champions Cup games involving English clubs also fell to Covid-19.

Football’s Premier League clubs are reportedly discussing whether to take a break from playing next month due to the chaos caused by positive tests and while Boyd believes rugby has yet to reach that point, he admits the situation is highly challenging.

“One weekend is a little over reactionary. If you had two (cancelled games) last weekend, three this weekend and more the next, you might say, ‘how are we going to make this work?’ Boyd said.