Christian Wade warned it could take three years to crack NFL after switch from rugby: ‘It is the ultimate challenge… this is on a completely different scale’

Christian Wade was warned that switching from rugby to American Football is not all sunshine and Superbowls as he prepares to crack the NFL.

The Wasps winger, 27, sensationally left rugby last week having fallen out of love with the game after repeated snubs by England.

He will now face a gruelling programme via the NFL player pathway that will test his commitment to his new sport to the limit. 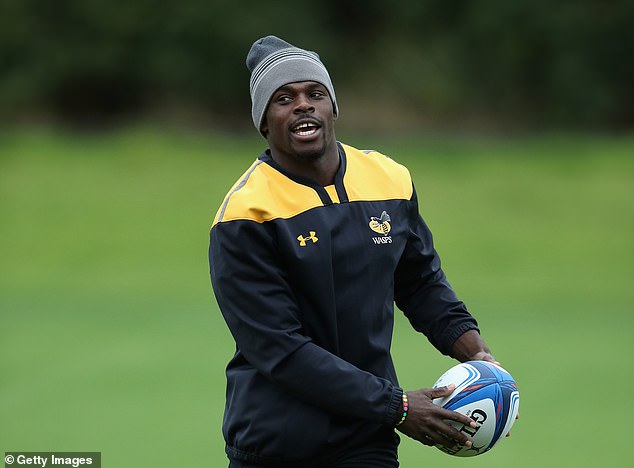 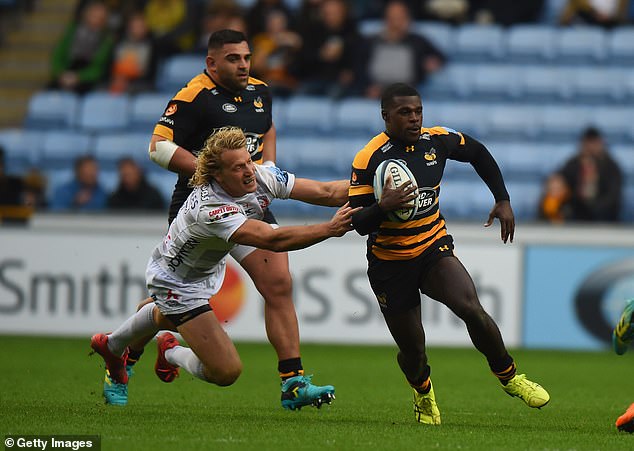 Former Worcester Warriors lock Christian Scotland-Williamson, 25, made the cross-over himself a year ago and is now on the Pittsburgh Steelers practice squad.

He told Sportsmail it could take Wade three years to make it. ‘It is the ultimate challenge,’ he said.

‘Actually being here you realise how hard it is to get in an NFL building. This is on a completely different scale.’

Scotland-Williamson explained just how tough it is to make in American Football.

‘I knew it would be hard, but when are you in the thick of it and faced with difficult situations you start to realise that it is serious,’ he added.

‘The speed that people are required to play at, execute and retain information at first can be a little bit daunting. Once you get your head round that you realise why it is so difficult to play in the NFL.

‘What I compare it to is; imagine trying to do intermittent sprints with a quiz at the end of every repetition.

‘You go into the huddle, have 10 seconds of information thrown at you, and then they expect you to know the exact answers within three seconds of walking to the line, and then go and execute with a defence in front of you. The quiz can be on anything you have ever learnt. 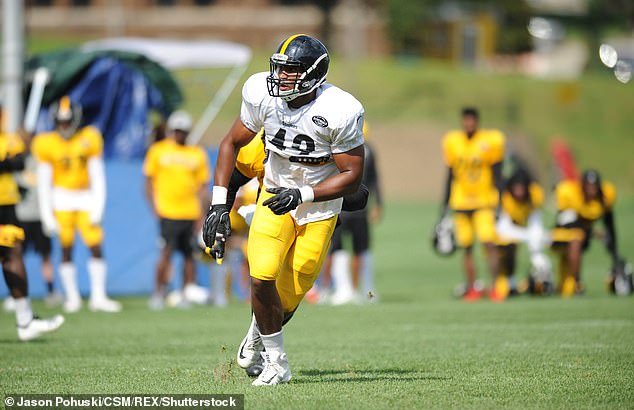 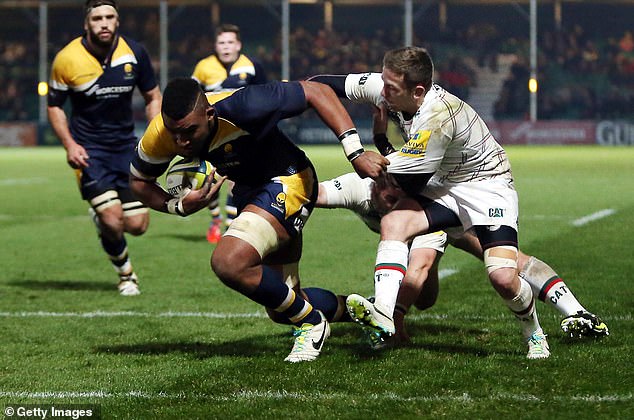 A former lock, Scotland-Williamson left Worcester to join the NFL almost a year ago

‘You have to understand that and be in it for the right reasons.

‘They call the season and the training camp ‘the grind’. Everyone in the building has some talent, it is being able to execute day-in day-out, and the pressure and expectation.

‘If you drop two balls consecutively that is a huge deal – you can’t be dropping balls or missing assignments and if you have too many mental errors in a day you get pulled up.

‘Everything is magnified. In rugby I have known guys who go on the field not really knowing the lineout calls – they can figure it out and then open play you find a way to get the ball in your hands.

‘Ninety-three players in the off-season gets cut down to 53 plus 10 practice squad for the regular season. There are 32 teams in the league and 30-odd players on each who are suddenly all out of a job and looking for the same opportunity.

‘Every year you have people coming out of college, and guys from overseas. Everyone is trying to get your job. That is why the level of competition is that much greater, as there is no security.’ 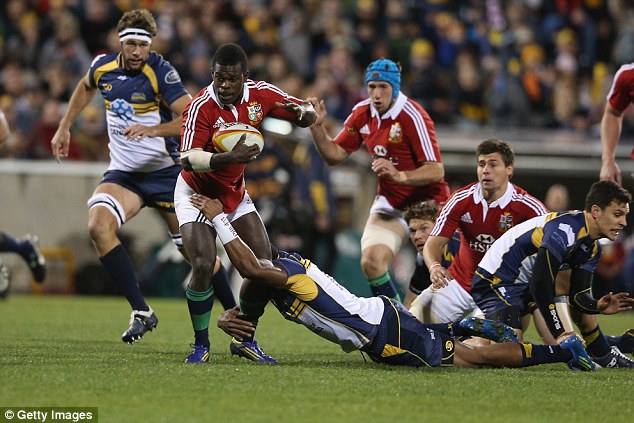 Scotland-Williamson went to RGS High Wycombe school, two years below Wade, and remembers watching him tear defences to shreds as a teenager.

And he is now backing him to shine across the pond.

‘We used to finish our game on the Saturday morning then watch the 1st XV. I watched him run round people for years.

‘His natural talent, foot-work and hand-eye coordination is perfect for the NFL. I think he could cause real problems as a kick-returner because of how elusive he is.

‘The tackling is different in NFL and he makes guys miss in rugby, so if he can do that it won’t be a problem.

‘He has things you can’t coach – speed and balance. Having been in the building and seeing what they value, he is the real deal.