Dan Carter believes England could be run off their feet by an All Blacks team who are fitter, faster and stronger than the 2015 World Cup winners.

The iconic fly-half has tipped New Zealand for a 12-point victory at Twickenham when the sides meet for the first time since 2014.

Despite losing to South Africa during the Rugby Championship, the All Blacks are odds-on favourites and Carter believes a new-found tempo is behind their success. 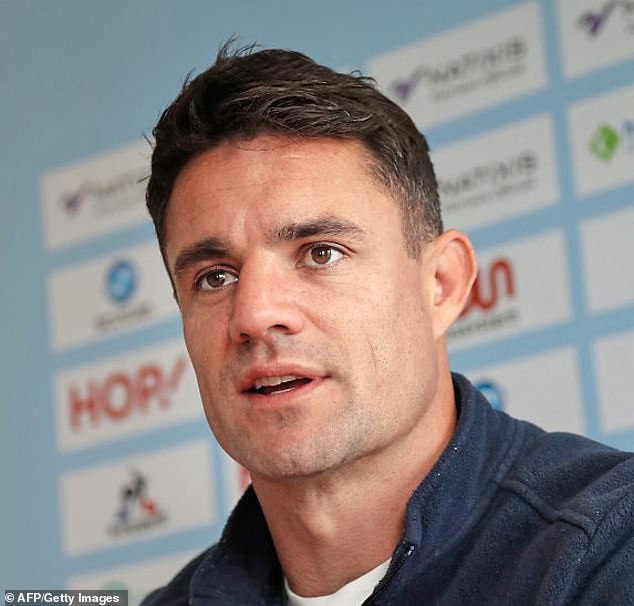 ‘Teams peak at the World Cup but the All Blacks have got better since 2015,’ said Carter. ‘Maybe the opposition hasn’t been as strong but they’re just playing with so much confidence.

‘They’re playing the game a lot faster than we did in 2015 in terms of execution and the speed. I’ve not seen the GPS stats but they’re running more and the ball’s in play a lot more. Opponents just haven’t been fit enough to keep up with the speed they play at.

‘Hopefully it’ll be a close game at Twickenham but I’d give the All Blacks a 10 or 12-point margin because their speed will be too strong.’ 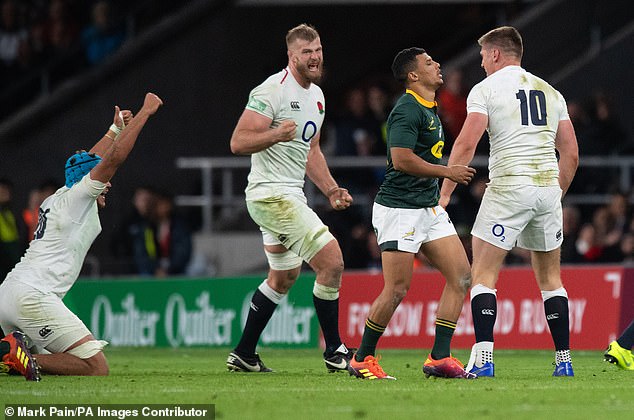 Carter hopes England persist with Owen Farrell in the No 10 jersey to set up a world-class duel with Beauden Barrett.

Barrett was often shifted around the backline during his early years as an All Black, but has established himself as the world’s leading fly-half following a run of 32 starts in the No 10 jersey.

Farrell has started there just three times under Jones and Carter believes the England co-captain would benefit from a run of games in the hot seat. 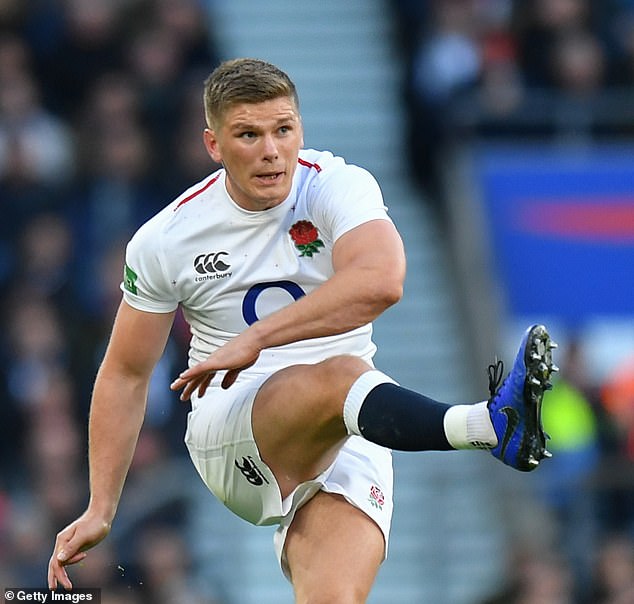 ‘Hopefully Owen cements that spot,’ said Carter. ‘He’s been a class player for so long but it makes sense to move him to 10. That’s his best position and it’s easier to lead and control the team from 10.

‘In the past they’ve gone with two fly-halves and that’s all determined by the dynamics of what you want your backline to achieve. On a purely individual basis, I’d like to see him at 10.’

Farrell and Barrett went head-to-head on last year’s Lions tour but have never done so in an England Test.