While this Friday’s visitors to the AJ Bell Stadium were left twiddling their thumbs last weekend due to Storm Ciara forcing their match to be postponed, Salford were able to notch up their first victory of the year.

The 26-14 win over Toronto Wolfpack in the first of back-to-back home games was the perfect way for the Red Devils to bounce back from the mauling at the hands of champions St Helens in their season-opener.

It was encouraging for head coach Ian Watson too, with his new-look side still bedding in after the comings and goings which followed last year’s run to the Super League Grand Final.

With three pre-season matches under their belt prior to the 2020 Super League season getting underway as well, Watson is optimistic Salford can capitalise on Huddersfield not having played as much when they meet on Friday, live on Sky Sports.

“We’re trying to build a new team and the more games we play the better it will be for us because we feel we’ll gel and grow on the back of that,” Watson said. 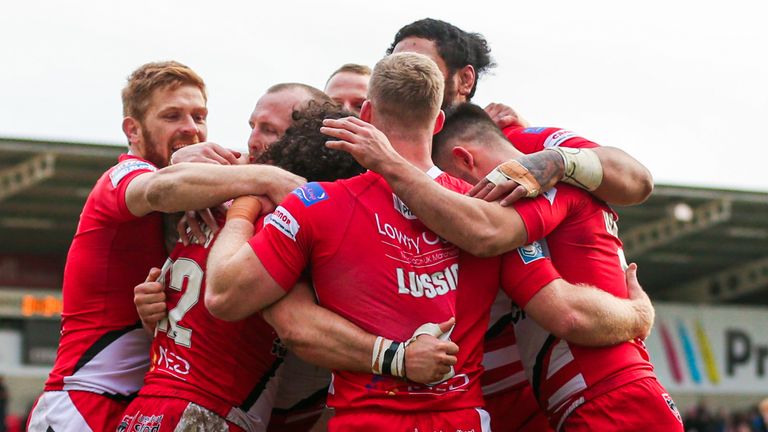 “Hopefully it will work to our advantage more than theirs.”

Woolford ready for more of the same

It may be a different Salford team in 2020, but Huddersfield head coach Simon Woolford does not expect Friday’s hosts to have changed much in terms of their playing style.

Woolford picked out half-back Tui Lolohea as one of the Red Devils’ creative dangers, while he will have no doubt taken notice of the performances of off-season recruits Dan Sarginson and Rhys Williams in the win over Toronto – the latter becoming a social media sensation on the back of his solo try.

The Australian has warned the Giants’ forwards they cannot afford any lapses in work-rate against the Salford pack either, although he has backed his side to be able to match whatever last year’s Grand Final runners-up can throw at them.

“I don’t think they’ve changed a lot from what they did last year,” Woolford said. “They lost their two best players in Josh Jones and Jackson Hastings so it’s going to take a little while to find their best footy.

“But they’ve still got some creative players like Lolohea and they’ve got a good pack that work hard for each other.

“I thought that was a real feature for them last year and a big reason why they were able to go to Old Trafford so our forwards have got to aim up and I think they can do that.”

Both Watson and Woolford have named unchanged 21-man squads for the match, which means Jordan Turner is finally set to return for the Giants from suspension in place of the injured Jake Wardle after being denied that opportunity by last week’s postponement. 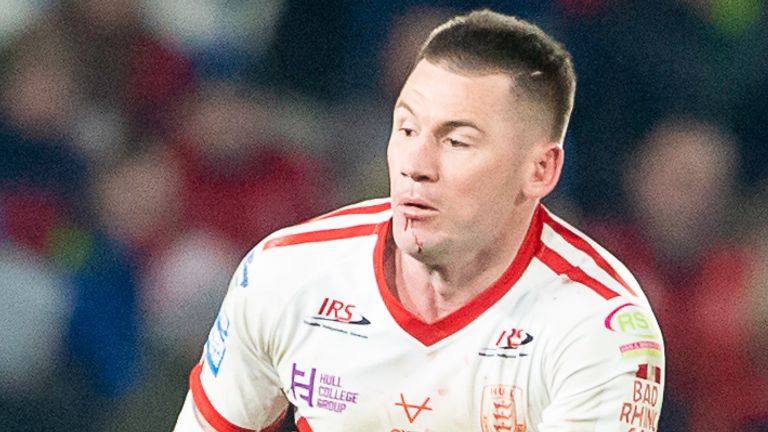 There may have been no derby delight for the team from the east of Hull last week, but Shaun Kenny-Dowall was still encouraged by the performance from his Hull Kingston Rovers team-mates.

Rovers aim to put the disappointment of the 25-16 defeat away to Hull FC behind them when they head to Leeds Rhinos on Friday evening.

And off-season signing Kenny-Dowall was impressed with how his side fronted up against one of the sides being tipped as potential title contenders, feeling confident it will stand them in good stead heading into Friday’s match at Headingley.

“I’m really proud of the boys’ effort, it was really good to go toe-to-toe with them,” Kenny-Dowall said. 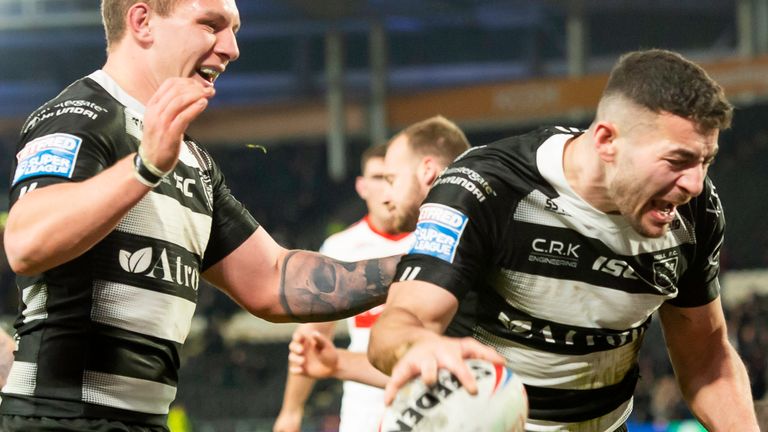 “The effort was there from the lads and there was plenty to build on – our foundations are really solid.

“It’s great to be a part of and we’re playing to our strengths. The boys are relishing it because it suits our style of play and personnel who runs the big forwards around.”

Former Leeds hooker Matt Parcell in line to make his first appearance of the season for Rovers while another ex-Rhino, Robbie Mulhern, will make his 100th appearance for Hull KR if selected.

Will Dagger is set to start at full-back in place of the injured Adam Quinlan as well.

Keyes available for debut 🔑
Parcell back in the fold 📦

Friday’s fixture at Headingley has been dedicated as the ‘Love League’ match by hosts Leeds, with a range of fundraising activities to aid injured Rovers forward Mose Masoe.

So far, over £47,000 has been raised for the fund set up to benefit Masoe after he suffered a life-changing back injury during a pre-season match in January and the Rhinos are eager to encourage fans to do what they can to help him.

The club have doubled the commission Hull KR will receive on the tickets they sell to 50 per cent, with the extra 25 per cent going towards the Masoe fund. There will also be bucket collections in all fan and corporate areas.

The Rhinos experienced an outpouring of support from the rugby league family recently too following the news of Rob Burrow being diagnosed with motor neurone disease, with the latest event in aid of the Leeds great seeing the club hold a gala dinner last Friday.