Collingwood should encourage people to describe their experiences of racism at the club as a proactive measure towards eradicating systemic racism, according to the Do Better report’s lead authors, Professor Larissa Behrendt and Professor Lindon Coombes.

The pair are under no illusions as to how difficult that process might be but truth telling was a key recommendation of the independent 35-page report Collingwood commissioned in 2020 in response to claims of racism from premiership player Heritier Lumumba. 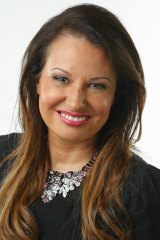 The club did not comment on Thursday when former Magpie rookie Shae McNamara took to social media to share his experiences in relation to Lumumba, with Behrendt saying that example indicated organisations need to have proper process, systems and values to deal with matters when they occur.

“We can look at the fact that people can speak as a positive and that is why it is important for the club to think about how they engage in a truth-telling process to bring people into that, rather than continuing to have it in social media, so there is a more welcoming space for people to talk about things that they want to say,” Behrendt said.

The co-authors said it was important to acknowledge that the club had made advances in recent years with their decision to commission an independent report, which involved interviewing 30 people including six ex-players, current club personnel and eight people from outside the club but within the AFL, indicating that shift.

In writing the Do Better report the co-authors examined policies, procedures, what was on the public record as to how previous incidents were managed, and drew on their experience in compiling similar reports for other organisations.

They said Collingwood had an opportunity to eventually become recognised as a leader in anti-racism and inclusion and explained how they reached the conclusion that systemic racism existed within the club.

Behrendt said it was important to understand that dealing with systemic racism was not about calling individuals out but about examining organisational dynamics and whether there were systems in place that were anti-racist and inclusive.

“That is probably something in our report that was skipped over. It wasn’t just a focus on education … that idea you just do some cultural-sensitivity training and everything is better [is misguided] because that doesn’t matter if there is not a set of values and there is not those procedures and protocols [in place].

“At Collingwood, if you did have a complaint you might speak to someone and they might take it seriously and try to raise it with somebody, but if there is no actual process in place there is no way to implement that. You are further constrained by the fact that there was no evidence or guarantee that there was enough cultural competency to be able to navigate that [situation].”

That failures kept occurring meant the issue was systemic and positive outcomes relied on individuals rather than supportive systems and processes.

“Anti-discrimination and employment law – as we make a point of in the review – requires you to do [certain things], so it is not about being politically correct,” Behrendt said.

“You have an obligation as an employer … it is not us accusing people of being racist. What we are saying is you have a systemic problem and you have a legal responsibility to fix it independent of whether you think race is important or not.”

Behrendt said people needed to focus on the report rather than individuals.

She said was personally moved by the current playing group’s response to the report and that it was clear the people within the club had a real appetite to implement the report’s recommendations.

“The response of their playing group showed the level of leadership they have got within the club. People have focused on the top down and the board but if you look at how the playing group responded you see leadership there already,” Behrendt said.

Coombes said many of the people he interviewed reflected on how they and the club might have handled situations better if the right systems had been in place.

“Anti-racism actually puts the responsibility on you to proactively look at those situations,” Coombes said.