Former NRL star Luke O’Donnell: ‘You are like a monkey in a cage’

What you notice first about Luke O’Donnell are his hands. They look like they belong to a Marvel character: chunky, swollen, ominous.

Then you realise they’re proportionate to the rest of his frame. During a 14-year career playing in the back row, in more than 200 games in the NRL and for NSW and Australia, O’Donnell was a specimen. 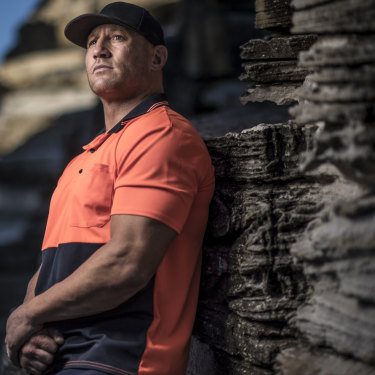 His side: Former Rooster Luke O'Donnell at Clovelly this week. Credit:Wolter Peeters

O’Donnell once used his hands and body as a weapon; an axe in defence and a loaded gun with the ball. He was among the best forwards of his generation.

"I’d rather be known as a good person and dad," he says. "Footy was just a job for a short time. Like a circus act for 10 years or so. Like a monkey in a cage … Not the best education for integrating back into society with the people who used to throw you bananas every weekend."

O’Donnell, 38, has agreed to meet following a story in the Herald a month ago in which his parents, Dianne and Ross, talked about their son’s troubled path since playing for the Roosters in their 2013 grand final win against Manly — his final game before he retired.

Despite several approaches for that story, he declined to comment. He was initially unhappy when it was published because it recounted two recent court cases relating to him resisting arrest and assaulting police in June last year, as well as separate charges of drug possession from September.

But he eventually came around and it lands us here in the café downstairs from the construction company where he now works, and happily so, in business development.

"A lot of the media coverage [around the court cases] highlighted how I played the game," O’Donnell says. "Look at his life now. He’s in strife again … It’s just rubbish. I don’t think it’s anyone’s business; the stuff that happened to me happens to millions of people. But, being a public figure, people want to know. As a player, I didn’t realise I was that big a deal. I didn’t think of myself like that.

"As I said, I just wanted to be known as a good person and father."

People, both inside and outside of rugby league circles, still hold that opinion. There has been an overwhelming sense of concern from his former teammates, coaches and opponents in recent years. Those who grew up with him on the south coast have reached out in the last month to highlight his unseen work for local footy teams and charities.

O’Donnell’s parents are adamant rugby league didn’t do enough to protect their son. Its brutal nature and its culture changed him, they say. 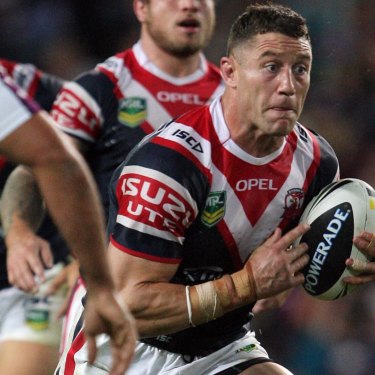 Luke O'Donnell … The former NRL hardman breaks his silence on his troubled life since retiring in 2013.Credit:Action Photographics

They also believe he changed forever in 2007 when, while playing for the Cowboys, Wests Tigers defenders Bronson Harrison and Liam Fulton reefed his legs apart in a wishbone tackle.

"I remember when my foot was in the air, my hamstring slowly started to tear, like a Velcro strap," O’Donnell recalls. "It was like someone was detaching it from my hip socket. I yelled out, ‘Let go!’ but they wound it all the way back around. I was facing back towards my own tryline and then Liam Fulton had hold of my boot and wound it back towards the 50-metre line.

"My sciatic nerve was stretched to the point where it was unresponsive. I was lucky I could run again because after that I had a drop foot. Then I had seven games back and I needed more surgery on my hip."

Despite this, he denies his character irreversibly changed after that tackle, although people at the Cowboys believe he became angrier because neither Fulton nor Harrison were sanctioned, such were the rules at the time.

"I read that in your story — that I was angrier," O’Donnell says. "I wasn’t happy, but I definitely moved on. That next year, when I came back, it was in my head. Particularly because I was at the top of my game. I was one of the first forwards picked for Australia at the time and I’d worked my whole life to get there.

"But it was just a setback. That’s all. It’s part of sport."

Still, the consequences of that tackle still linger 12 years later. He suffers from nerve pain. "There’s a zapping feeling in my leg," he explains. "If I sit down for too long, like on a flight, there’s a numbness there."

Footy was just a job for a short time. Like a circus act for 10 years or so. Like a monkey in a cage … Not the best education for integrating back into society with the people who used to throw you bananas every weekend.

When O’Donnell last faced court for drug possession charges, his lawyers tendered evidence that he was on a range of prescribed medications stemming from his playing career.

"I’m not constantly in pain but I’ve had chronic pain at times," he says. "My wrists. My hands. I’ve had a lot of surgeries. The game takes a big toll. I didn’t go into any tackle worried about getting injured. I didn’t hold back. I guess that’s the price you pay for playing that sort of footy."

He adds: "But, right now, I am feeling pretty good. I just need to stay active."

The people who throw the bananas into the cage would be shocked to know most players endure this sort of pain in retirement.

O’Donnell knew he’d had enough halfway through that final season with the Roosters. His explanation is harrowing.

"I just started feeling everything, especially the knocks," he says. "I would start feeling sick into the middle of the week from repetitive hits. I came back from a Newcastle game and I was throwing up a fair bit, which was concerning because I don’t get travel sickness. The next morning, I got in the car to go to recovery and I threw up again. A few days after that, I tried to train but I had sharp, dizzy spells. That’s something I had never experienced before.

"You get yourself up every week to play with a brutal mindset. Doing up my laces in the sheds, it was never something I had to get ready for. In that final year I did and that’s when I decided to give it away."

In many respects, these symptoms scream of Chronic Traumatic Encephalopathy (CTE), a brain condition associated from repeated blows to the head.

"I never really remember being knocked out cold," O’Donnell says. "But that repetitive jarring starts taking its toll. That was a big factor in me retiring that year. I’d never felt that before."

CTE could explain O’Donnell’s wayward behaviour in retirement but he says other factors have been at play: property investments gone bad; small businesses that have flopped; a marriage breakdown with the mother of his children.

"It was the perfect storm," he says. "But I’m not the first person that’s happened to. It was nobody’s fault."

Alcohol, he admits, has been the root of his problems. He didn’t have his first drink until he was 25 years old.

"I don’t believe I have any addictions," he says. "But there’s definitely times when I’ve developed a self-destructive habit with alcohol."

"A little bit of party drugs here and there. But it was mainly drinking, just being self-destructive. I didn’t have a path in life, and I was banging my head against the wall with a couple of different things. I was getting frustrated. Marriage troubles … I was being a meathead."

O’Donnell puts all of this on himself. He doesn’t blame anyone, including the game.

What he believes he shouldn’t carry is the responsibility for what happened outside his Clovelly apartment on June 3 last year when police wrestled him to the ground before tasering him.

O’Donnell, his girlfriend and parents had the night before attended his daughter’s Holy Communion. In the early hours of the next morning, Dianne and Ross claim their son was drunk and repeatedly threatened to kill himself; first while holding a knife to his throat and then by attempting to jump out the window of his fourth-floor apartment.

Dianne frantically called the police fearing her son was going to fulfil his promise to self-harm.

"The charges around that incident with Mum and Dad were massively overblown," O’Donnell insists. "Especially the assault bullshit. There were a few things that definitely didn’t happen. The thing with the knife: that was bullshit."

I ask why his parents would make that up. 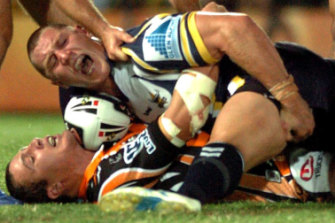 Agony: Luke O'Donnell writhes in pain after the tackle in 2007 that caused him terrible injuries.Credit:AAP

As for the use of knives, he says this: "I pulled the blind cord down in the kitchen and knocked the knife block over. Mum shouted, ‘Ross, he’s got a knife!’ Then she bolted down the stairs and called the police. I had no idea she called them. I was having coffee with Dad when they arrived."

The police footage of what happened next is confronting as police tried to arrest him. It was certainly good fodder for the media. A Current Affair seemed to go out of its way to embarrass O’Donnell in its coverage. News Corp ran leaked photos of him in a Perspex cell at Maroubra police station.

In late January, O’Donnell was convicted and fined $1600 and placed on a one-year community corrections order for that incident. When he faced court in March over the drug possession charges, he asked the magistrate for a second chance and was fined $2200.

His relationship with his parents remains strained.

"I’ll always forgive my Mum and Dad, but there’s always that fear about where the conversation will go," he says. "It will be like that for a little while. It’s not like me to hold grudges but it’s fairly unforgiving behaviour what happened. It really was very unnecessary. The whole circus could’ve been and should’ve been avoided. I know my Mum regrets calling the police. She’s intense. I keep saying I’ve learned things, but I don’t know at the moment how to deal with my mum." 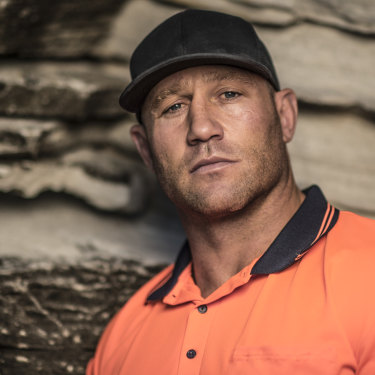 But then comes a concession. A life in football, using his hands and body as a weapon, didn’t equip him for life outside of the cage.

"In my parents’ defence, I’ve caused them a lot of worry," O’Donnell says. "I can see where they’re coming from. When you’re a player, you’re responsible for your outcomes: you work hard, you train hard, you play well, you win. Coming from that, into normal life, is … I don’t know. It’s just different. It’s vanilla. You don’t have the control you once did."